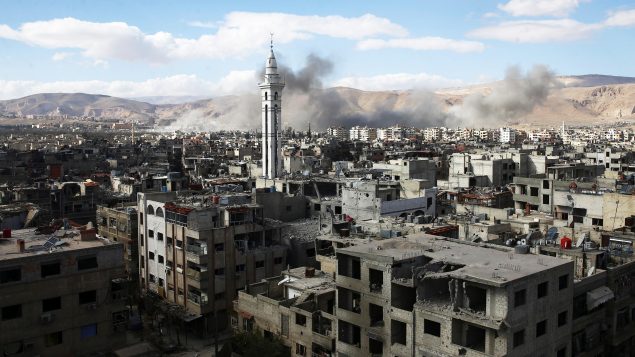 A Russian plan for a five-hour pause in fighting in Syria’s eastern Ghouta needs to be expanded to allow aid deliveries to enter and civilians and urgent medical cases to leave, United Nations officials said on Thursday.

In one of the fiercest onslaughts of Syria’s seven-year civil war, hundreds of people have died in 11 days of bombing of eastern Ghouta, a swathe of towns and farms outside Damascus that is the last major rebel-controlled area near the capital.

The Syrian army and its allies launched ground assaults on the edge of eastern Ghouta on Thursday, backed by a bombardment the Syrian Observatory for Human Rights said killed 11 people.

“You are failing to help us help civilians in Syria,” U.N. humanitarian adviser Jan Egeland told diplomats from 23 states attending a weekly meeting in Geneva. 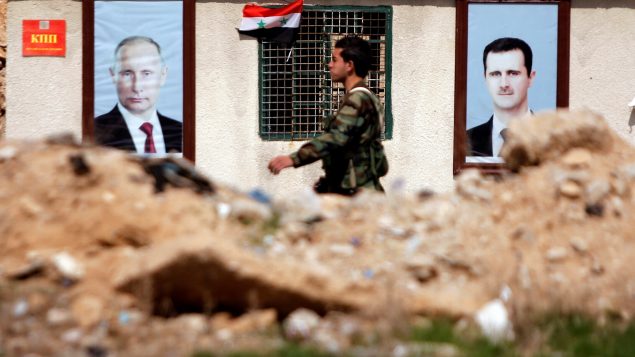 The humanitarian situation in eastern Ghouta, which has been under siege for more than five years, remains extremely dire, said Marwa Awad, an Egyptian-Canadian who is the head of communications for the UN’s World Food Programme in Syria.

“The siege is a very difficult condition to live in, especially when you have a lot of people,” Awad said.

(click to listen to the interview with Marwa Awad)

UN ready to move in with aid

The UN estimates there are still about 400,000 people in the rebel-controlled enclave.

The WFP was able to visit the area on Feb. 14 and is preparing another major mission if the truce mandated by the UN Security Council takes hold, Awad said.

“We know that the rates of malnutrition among children under the age of five is very high, it’s in fact the highest in the whole country at 11.9 per cent,” Awad said. “We know that access to food is very difficult, severely difficult, because even though there is fertile land, people don’t have access to the land because of the security situation and danger on the ground.”

During Thursday’s meeting of the humanitarian taskforce in Geneva, the United Nations received notice that it may get permission from Damascus to go to Douma in eastern Ghouta.

“We have 43 trucks standing by to go there and full warehouses to load into the trucks as soon as we get the permit,” Egeland said. 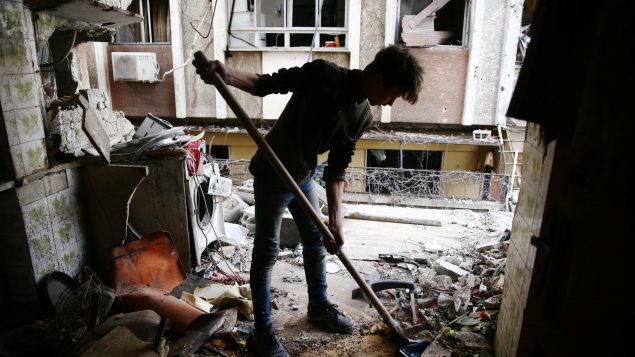 Many people told the WFP that they are living in their basements because of constant bombardment that has been escalating in the past two-three weeks, she said.

“This is why the World Food Program and all the humanitarian agencies inside Syria called for a cessation of hostilities for at least 30 days,” Awad said. “We have the capacity to support people as soon as the security on the ground allows us to.”

One are of the country that the WFP has been able to finally get in to is the formerly besieged city of Deir ez-Zor in the country’s east, said Awad who took part in the two-day mission.

“This was a milestone mission for the UN team,” Awad said in an interview from Byblos, Lebanon, where she was attending a workshop.

The purpose of the two-day visit to Deir ez-Zor City and the eponymous governorate in eastern Syria was to assess the food security conditions and general humanitarian situation of the people who had been trapped there during the 17-months-long siege of the city by ISIS forces.

For over a year and a half, the WFP was forced to run an expensive airdrop operation to provide a lifeline to residents of Deir ez-Zor trapped in the city controlled by government forces but besieged from all sides by ISIS, which controlled the countryside. 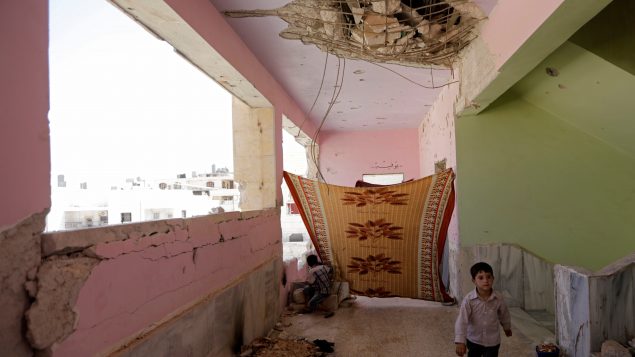 An internally displaced boy who fled Deir ez-Zor, walks at a school, a former Islamic State base, in the Syrian city of al-Bab, Syria September 19, 2017. (Khalil Ashawi/REUTERS)

This was the first mission for any UN personnel since mid-2014 when the entire governorate became inaccessible for humanitarian agencies.

“We saw a city that was 80 per cent decimated, completely destroyed,” Awad said.

There are only three neighbourhoods where the majority of the about 100,000-120,000 residents now live, she said.

“So as you can imagine those three areas, three neighbourhoods which had not been destroyed by airstrikes are very congested,” Awad said. “You have a high population density and the needs are extremely high and severe.”

While the opening of the roads means that traders can bring in food from other regions, prices in Deir ez-Zor are prohibitively expensive for many families who have lost everything, she said.

The city’s water and sewage infrastructure has also been destroyed in large part, leaving residents with no access to safe drinking water and sanitation.

“One woman was telling me that the way she filters the water she gets from the tap is to let it sit for a couple of hours so that the debris can settle at the bottom and then they pour the water and drink what’s on the top,” Awd said. 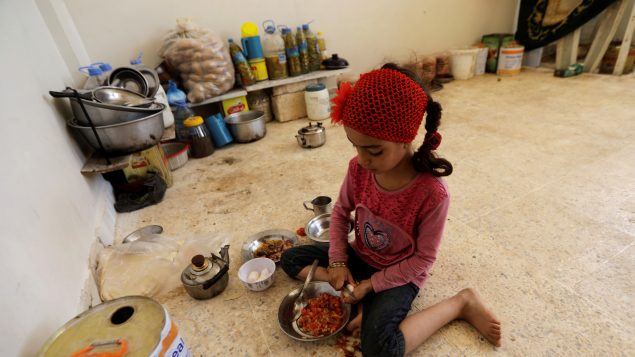 An internally displaced Syrian girl, who fled Deir ez-Zor, chops onion at a school, a former Islamic State base, in the Syrian city of al-Bab, Syria September 19, 2017. (Khalil Ashawi/REUTERS)

The problem is also compounded by very limited access to electricity in the city, Awad said.

“Everyone is living off of generators and getting only five hours of electricity per day,” she said.

“It’s a very fertile land but sadly much of the farmable land was in the hands of ISIS and was as a result inaccessible,” she said. “But even after ISIS was driven out, you still have things such as mines. There is a lot of demining work that has to take place.”

While many farmers have returned to their lands, it will take some time for the Syrian agriculture to its pre-war capacity, she said. 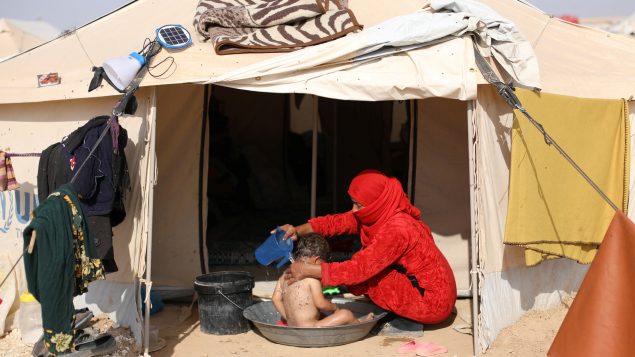 The WFP team concluded that the population is still very dependent on humanitarian aid and they require regular assistance, Awad said.

The situation is slightly better in government-controlled areas where humanitarian agencies have regular access and can deliver their programs, she said.

“All of these regular programming or projects are helping to give people some ability to gain resilience and to rebuild their lives,” Awad said. “But we cannot do that in areas that are under siege because access is very sporadic and we never know when we will be able to go in next.”