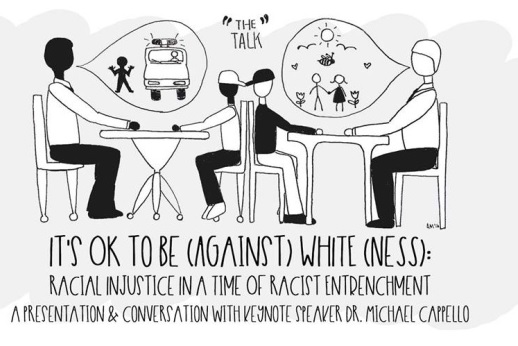 An assistant professor from Saskatchewan has stirred up quite a controversy over a speech he was invited to give at Trent University in Ontario.
The main title was “It’s OK to be Against White-ness”
Michael Capello (PhD) is and anti-oppressive educator and the Chair of Educational Core Studies at the University of Regina.

The full title was “It’s OK to be (against) White (ness) : Racial justice in a time of racist entrenchment”
This fuelled a great deal of backlash even before the event was held this week.
The title was a play on posters last year that said simply “It’s OK to be White”, which some have claimed were racist. 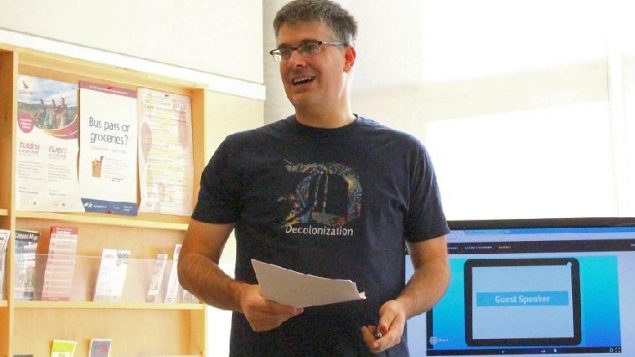 However, some editorialists felt that the title of this event, if not the talk itself, was divisive.
An editorial by Post Media said “it’s about a toxic and divisive ideology steeped in the intolerant loathing inherent in postmodernism and cultural Marxism that divides the world into us versus them groups, into victims and oppressors. It is the definition of bigotry, not the antidote to it”.
Capello says that people have either misunderstood, or deliberately misunderstood, the purpose and meaning of his talk.

Does White Privilege exist? Join keynote speaker Dr. Michael Cappello for a presentation and conversation about racial injustice. When: Monday, March 12, 2018  Time: 4pm to 6pm    Where: Student Centre Events Space Dr. Michael Cappello is a white settler living and working on Treaty 4 territory, in Regina Saskatchewan. He is an anti-oppressive educator in the Faculty of Education at the University of Regina. His work over the last 4 years has focused on teaching/learning against colonialism and teaching/learning into reconciliation between Indigenous and non-Indigenous peoples. Questions about this event or topic? Contact Lindsay Yates. TCSA Ethical Standards Commissioner, at lindsayyates@trentu.ca

He has described whiteness as “ the ideologies that describe the practices, beliefs, habits and attitudes that enable the unequal distribution of power and privilege based on skin-colour”.
He says we must have the discussions about institutionalised privilege and discrimination in Canadian society before we can move forward.