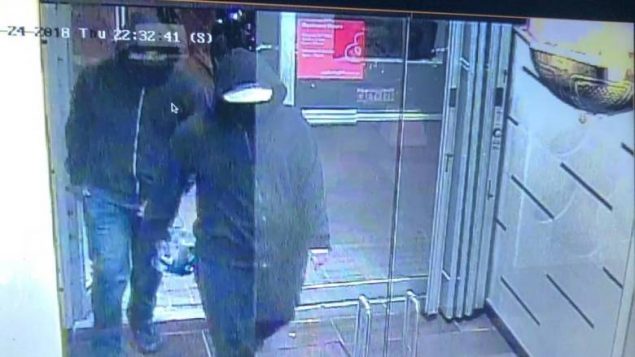 Police are searching for two men caught on security camera who fled the scene immediately after an explosion at a restaurant in Mississauga, Ont., on Thursday. (Peel Regional Police/Twitter)

Police are searching for two men in connection with a bomb blast inside an Indian restaurant in the Toronto suburb of Mississauga, Ontario, that wounded 15 people late Thursday evening.

Three people who suffered critical injuries in the blast caused by an improvised explosive device (IED) were rushed to a Toronto trauma centre, police said.

Other victims, who range in age from 23 to 69 years, have been treated and released. Evans said the victims were taken to three hospitals.

‘No indication this is a terrorist act’ 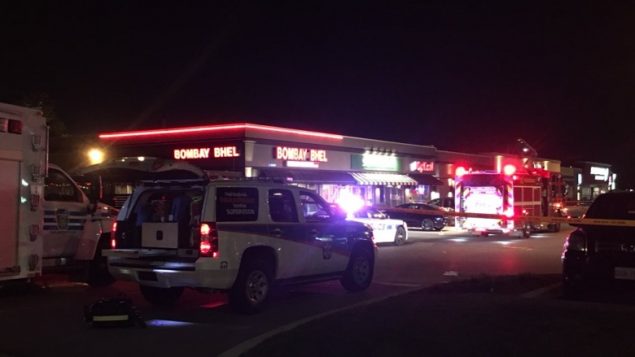 Three people were in critical condition Friday, while the remaining 12 have minor injuries. (Peel Regional Police/Twitter)

“I want to assure everyone that every police resource is being used to locate the people responsible for this horrendous act.”

Peel Regional Police say they received a call about an explosion at a Bombay Bhel restaurant in the central part of the city just after 10:30 p.m. Two separate birthday parties were underway at the time, Evans said.

“I’m aware that there were children in the restaurant at the time. Fortunately, they were not injured,” Evans said. 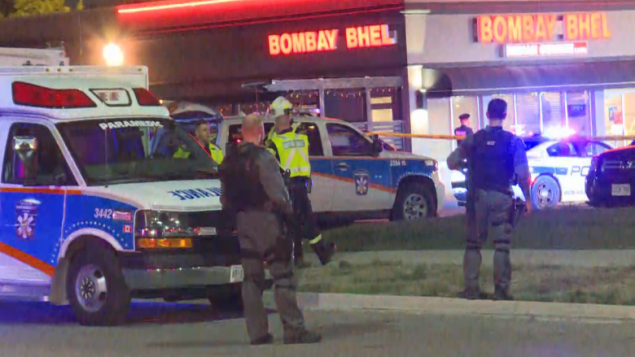 Rafael Concaceicao, a student from Sao Paulo, Brazil, told CBC News he was on the patio of a restaurant close to Bombay Bhel when he heard the explosion, and rushed to help.

Police have released a photo of the two men entering the restaurant. One suspect is described as being in his mid-20s, with light skin and a stocky build, wearing dark blue jeans and a baseball cap with light grey peak.

The second has fair skin with a thin build and was wearing faded jeans, a grey T-shirt with dark-coloured skate shoes. 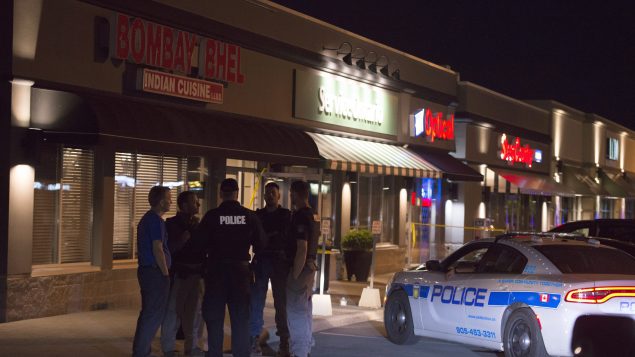 “I will say that this is a heinous crime that’s been committed and we ask that anyone with any information please come forward and tell the police,” Mississauga Mayor Bonnie Crombie told reporters. “Certainly people who have done this need to answer for their crimes and they need to be brought to justice.”

Canada’s Public Safety Minister Ralf Goodale said federal authorities, including the RCMP, are there to offer assistance “in any way possible.”