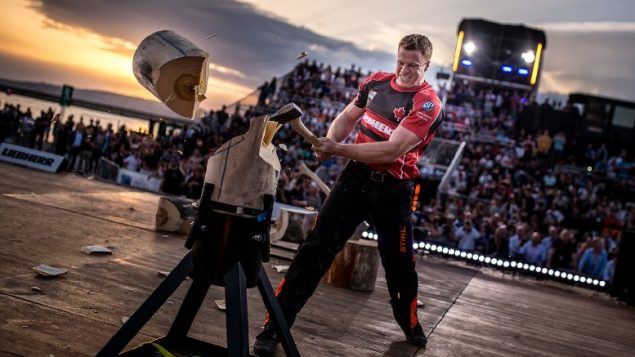 It takes fantastic power stamina, and accuracy with deadly sharp axes, handsaws and chainsaws to win. The elite lumberjack competition is known as the Stihl Timbersports Championship. This year it was held in Marseille France on May 26, 2018. 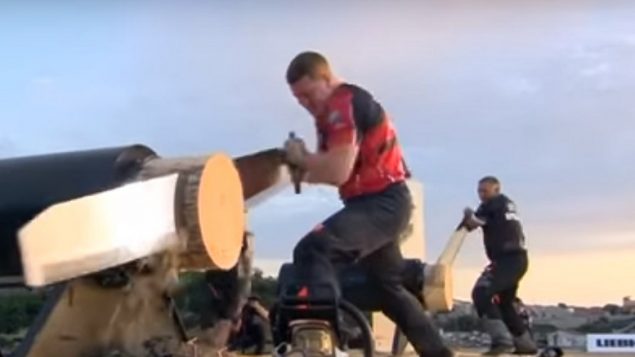 Stirling Hart in the single buck stage of the championship final in Marseille. Image: euronews-Stihl Timbersports

Canadian Stirling Hart took the top spot after beating Frenchman Pierre Puybaret, in a quarter final heat. He then bested Australian Mitchell Argent in the semi-final. And then with an amazing time of a mere 1:03 the Canadian beat New Zealander Jason Wynard to take the championship but congratulating his competitor.
“What an amazing setting for this to happen. It is a real honour to finally win this, I was so close last year. It was a shame for it to finish like that, anybody that knows Jason (Wynard) knows he was going through a lot of pain, and for him to finish like that was amazing, so everything goes to him,” said Hart. 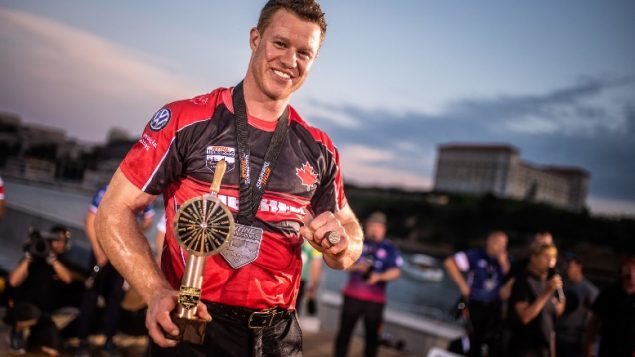 Stihl TIMBERSPORTS® is an international extreme sports competition series. Its roots lie in Canada, the United States, Australia and New Zealand, where lumberjacks would hold competitions to determine who was the fastest in a range of wood chopping and sawing disciplines that closely simulated their everyday work.

This eventually evolved into standardised disciplines requiring an elite degree of athleticism in national and international events.