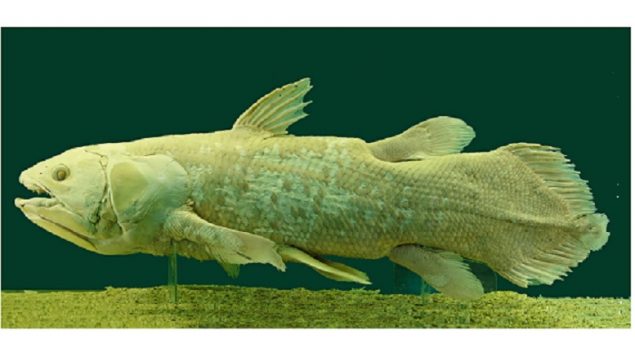 Descendant of a 400 million year old fish and believed to have been extinct for 70 million years, this preserved Coelacanth is in the Natural History Museum, Vienna, Austria and was caught in 1974, in the Comoros Islands. Genetic studies of the fish show a specific protein could help in our fight against HIV. (Alberto Fernandez Fernandez-wiki commons)

A prehistoric fish and the fight against HIV

Researchers at the University of Western Ontario have discovered a gene in a 400 million year old fish (coelacanth) that does a great job defending against an earlier form of HIV. They are studying how the protein encoded by this gene, HERC5, works to “disarm” the virus.

Stephen Barr (PhD) is an associate professor at the Schulich School of Medicine and Dentistry in the department of microbiology and immunology and supervisor of the research at the Barr Lab.

The ancient battle is one in which HERC5 provides its host a defence against viruses. To survive, the viruses must mutate to overcome this defence. In response, HERC5 changes to defend against the newly mutated virus, and so it goes back and forth over generations and millennia. 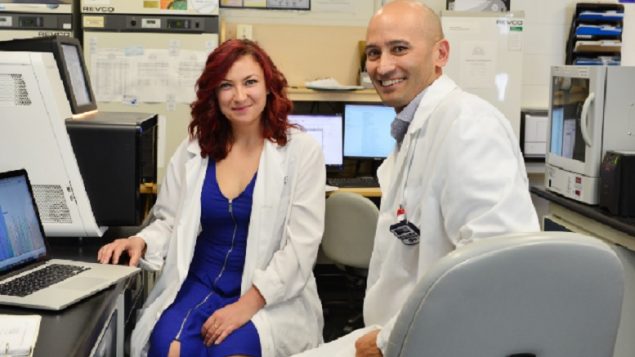 The researchers found that this HERC-5 protein in the ancient fish worked particularly well against simian immunodeficiency virus, (SIV), the monkey version that later mutated to cross into humans as HIV.

Although fish would be exposed to their own viruses, it was surprising that the coelacanth gene worked well against SIV a virus they would not be exposed to, although it did not defend against the slightly changed version, HIV. 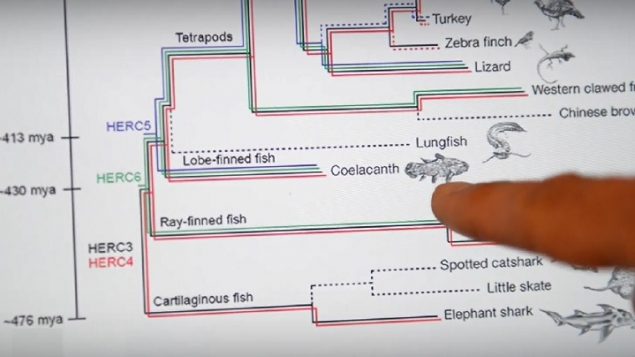 As professor Barr points out, all creatures including humans have the HERC proteins, but some work well against a particular virus and others don’t.

The researchers are now trying to determine how the ancient coelacanth HERC5 works against SIV and how the changes in HIV have allowed it to evade the “defence”.  This is a step towards understanding why human HERC5 is not working against HIV, and also using the fish defence mechanism towards developing drugs to act against HIV, or at least weaken its own defences to allow the body’s immune system to work against the virus. 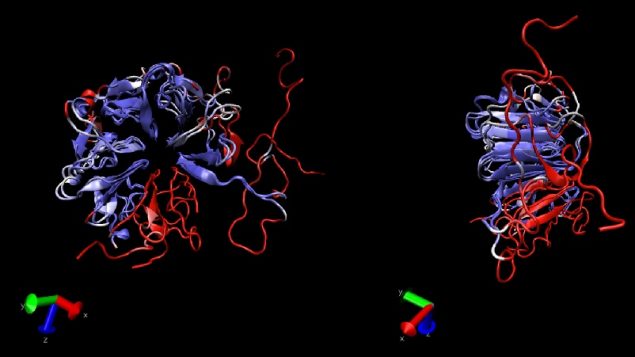 The research was published in the Journal of Virology with the rather technical title of “Evolution-guided structural and functional analyses of the HERC family reveals an ancient marine origin and determinants of antiviral activity. (abstract here)

Professor  Barr notes that while this is a highly promising area of research, it is also highly complex and time consuming.  It is difficult to say when this may lead to a breakthrough against HIV, and other viruses.

Funding for the research comes from the Canadian Institutes of Health Research, NSERC, and Western University