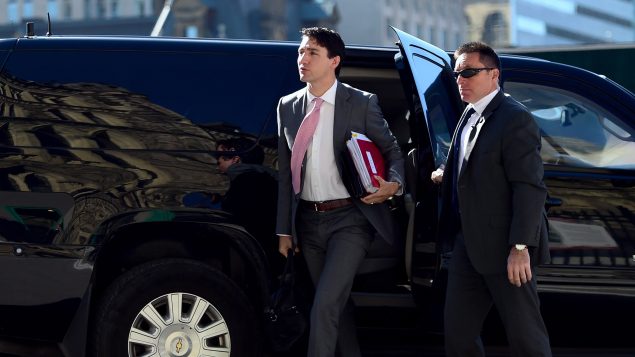 Prime Minister Justin Trudeau says he fully supports Donald Trump’s efforts to get North Korea to relinquish its nuclear arsenal, but he won’t respond to the U.S. president’s latest barbs directed at Canada.

“Obviously we support the continuing efforts by the president on North Korea, we look forward to looking at the details of the agreement,” Trudeau said Tuesday as he arrived on Parliament Hill for his weekly cabinet meeting.

“On his comments, as I said, I’m going to stay focused on defending jobs for Canadians and supporting Canadian interests.”

Speaking to reporters following his historic meeting with North Korean leader Kim Jong-un in Singapore on Monday, Trump also addressed his recent Twitter campaign against Trudeau, whom he has called “dishonest” and “weak.” 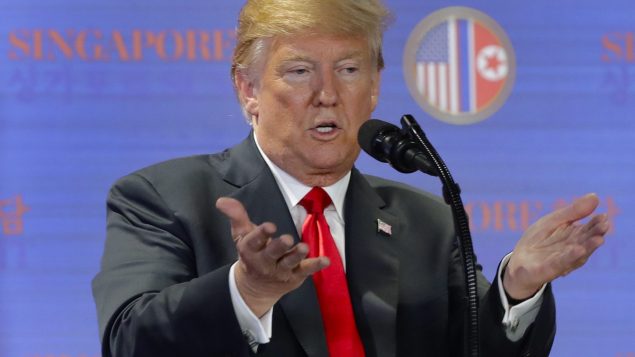 Trump said Trudeau’s comments at the final press conference at the tumultuous G7 summit in Charlevoix that Canada “will not be pushed around” on the issue of punitive U.S. tariffs on steel and aluminum will cost Canadians “a lot of money.”

Trump says he watched that news conference on his way to Singapore, and was upset because he thought he and Trudeau had had a positive meeting in Charlevoix.

‘Prepared for any eventuality’

Canada’s Foreign Affairs Minister Chrystia Freeland, who is heading for Washington Wednesday, said the Liberal government “would keep calm and carry on throughout those moments of drama.”

“We are aware that an investigation on autos under section 232 has been initiated,” Freeland said referring to the same process that eventually led to the Trump administration imposing tariffs on steel and aluminum imports from Canada, Mexico and the European Union, citing “national security” grounds.

“It is at the very early stages, there has been no conclusion but that is an issue which the prime minister raised very clearly with the president in the bilateral meeting on Friday.”

Freeland said she had also raised the issue of auto tariffs in meetings with U.S. trade tsar Robert Lighthizer at the Charlevoix summit on Sunday and has also spoken with U.S. Secretary of Commerce Wilbur Ross and her American counterpart, Mike Pompeo.

“It is something that we have discussed and Canada is certainly prepared for any eventuality,” Freeland said.

Canada’s approach has been to hope for the best outcome but to always be prepared for the worst, and “to have a plan B, C, D, E and F and maybe to the end of the alphabet,” Freeland said.

Canada “would be absolutely resolute in defence of the national interest,” she added.