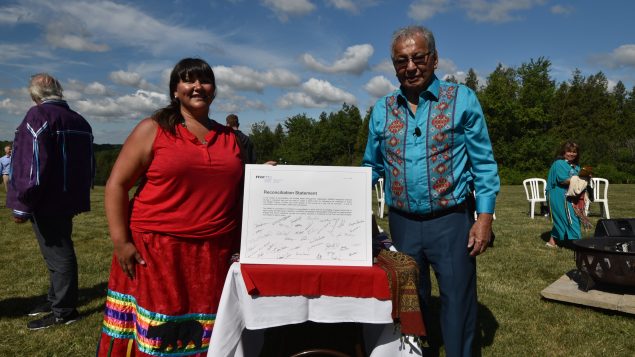 Canada’s Nuclear Waste Management Organization (NWMO) was set up with one goal: to find a burial site for the country’s used nuclear fuel.

But the Ontario-based non-profit organization says that while it’s looking for a suitable site to safely entomb the radioactive legacy of Canada’s civilian nuclear power industry, it also wants to make sure it does its part to acknowledge the toxic legacy of country’s relations with its Indigenous communities and prepare the ground for reconciliation.

This acknowledgment forms part of the NWMO’s Reconciliation Statement, which was finalized through a traditional Indigenous pipe ceremony in King City, Ontario, on Wednesday.

“In the context of reconciliation, the Nuclear Waste Management Organization (NWMO) recognizes historical wrongs in Canada’s past and the need to create a better future by addressing the challenges of today,” reads the statement. “The NWMO Council of Elders and Youth speaks of this journey as a new era for humanity – a time of reconciliation with First Nation, Métis and Inuit peoples.” 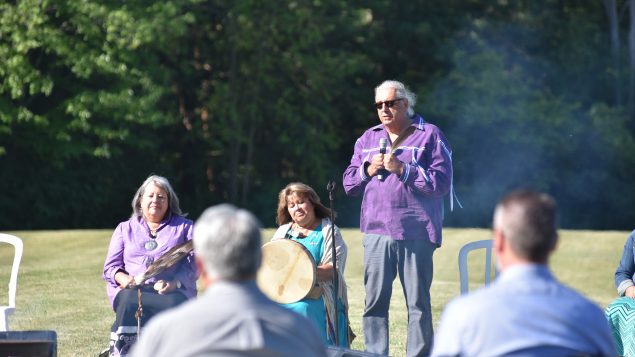 The statement commits the NWMO to contribute to reconciliation “in all its work by co-creating a shared future built on rights, equity and well-being.”

In addition, the NWMO pledges to establish a Reconciliation Policy with an implementation strategy that will be measured annually and publicly reported to contribute to Canada’s Truth and Reconciliation Commission’s (TRC) calls to action, said Bob Watts, the Vice-President of Indigenous Relations at the NWMO.

“There is a specific call to action, Call to Action number 92, that calls upon corporate Canada to embrace reconciliation,” said Watts, who was instrumental in setting up the TRC.

Watts said the statement builds upon work the organization has been doing since its inception in 2002.

The NWMO has adopted Aboriginal Policy and Indigenous Knowledge Policy, and its work is guided by the Council of Elders and Youth, an advisory body to the organization’s management, said Watts. 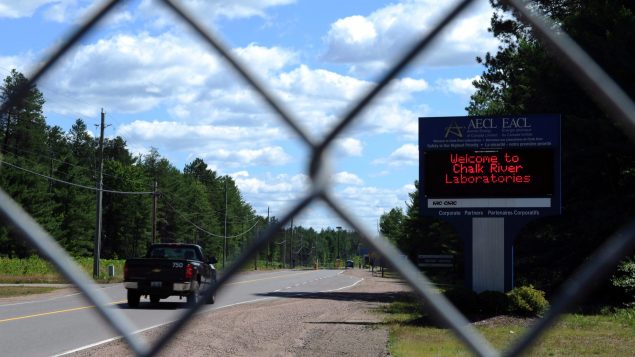 A sign welcomes visitors at the entrance to the Chalk River Laboratories Chalk River, Ont., on Monday, July 9, 2012. Glen Hare, deputy grand chief of the Anishinabek Nation, says his people were not consulted about the proposed nuclear wast burial site, which is located less than a kilometre away from the Ottawa River. (Sean Kilpatrick/THE CANADIAN PRESS)

The NWMO, which was created by Canada’s nuclear electricity producers, is working to locate and identify a single, preferred location for a deep geological repository for used nuclear fuel in an area with informed and willing hosts, Watts said.

This includes First Nation and Métis people and communities as well as municipalities involved in the site selection process. Currently there are five areas considering hosting a deep geological repository for nuclear waste, Watts said.

“We’re looking to be able to work with communities that are both informed and willing to go forward with us hand-in-hand in a very long-term relationship to manage Canada’s used nuclear fuel,” Watts said.

Watts said the NWNO’s statement is not an attempt to start relations with Canada’s Indigenous Peoples from a clean page. 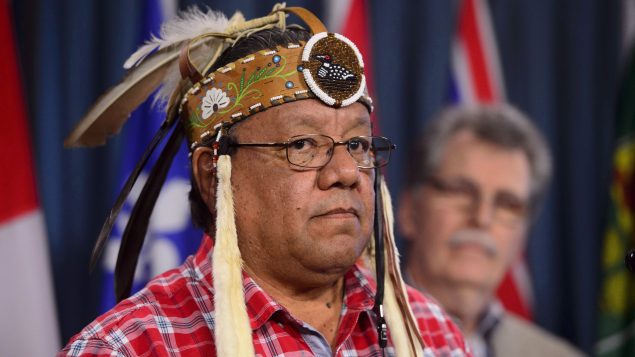 The federal government’s efforts to find dump sites to house Canada’s nuclear waste has ran into strong opposition from some Indigenous groups.

Speaking at a press conference in April, Glen Hare, deputy grand chief of the Anishinabek Nation, said his people were not consulted about one of the proposed nuclear waste burial sites, which is located less than a kilometre away from the Ottawa River.

Officials with NWMO said the Chalk River site does not fall under the responsibility or the mandate of the organization and is not one of the five sites identified as a candidate for a deep geological repository of nuclear waste. However, NWMO officials acknowledge that being part of the same sector, they share some similar challenges as the proponents of the Chalk River project.

“We’re also working with Indigenous people that want to learn about our process and about our project and we’re doing some joint learning,” Watts said. “It’s not an environment that we’re working in where it’s sort of all opposition, there is a mix of people that are very proactively learning both with us and independent of us.”

One of the things the NWMO has learned from its interactions with Indigenous communities is the desire from these communities to make sure that the organization understands their unique culture and history, and their unique perspectives of what the future might look like, Watts said.

“And one of the things that most Indigenous communities that we work with require in terms of a good partner is somebody that recognizes that, one, there has been some bad things in terms of the way colonization has impacted on Indigenous people,” Watts said, “but willing to work hand-in-hand, shoulder-to-shoulder to deal with issues of community well-being, to deal with job creation, to deal with community improvement and to be able to leverage a project, to be able to impact in a really positive way on the communities that we’re working with.

For Watts, who is part Mohawk and part Ojibwa, the journey of reconciliation is also a deeply personal one.

Watts said he had the benefit of being part of the team that negotiated the Residential School Agreement and was interim executive director that set up the Truth and Reconciliation Commission.

“I think back to those days where we just had some ideas what a truth and reconciliation commission could do in Canada, follow the process through and witness these beautiful calls to action that Truth and Reconciliation gave to all of us in this country and now being in a place and in an organization that says, ‘We’re going to step up to the plate and we’re going to respond to this,’” Watts said.

“I am so proud of the Nuclear Waste Management organization and my colleagues and the elders and youth that we work with, I’m just so proud to be part of this and see some of the manifestations happening from those calls to action.”