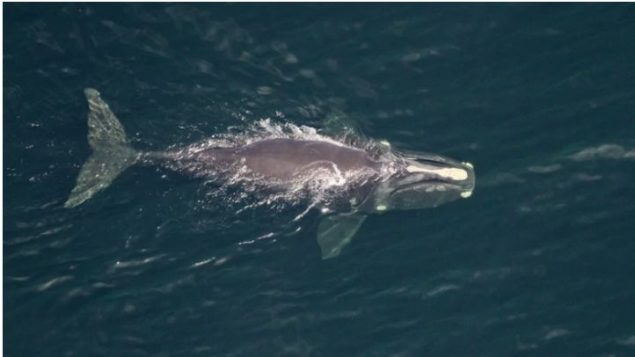 North Atlantic right whale No. 3843 had been entangled in fishing gear for more than five days and the search was on to rescue the creature.

“The crew had to approach the whale a couple of times”

It was the Campobello Whale Rescue Team, which ended up disentangling the whale.

Jerry Conway has been involved in whale disentanglement for four decades. He told CBC News the team removed most of the gear from the whale.

“We can’t say that it was entirely disentangled, but we’re quite optimistic that it has been,” he said this morning.

“The crew had to approach the whale a couple of times,” he said. “They had to use a flying grapple hook to hook into the line, and get the line caught up, and pull it as tight as they could and it was cut.” 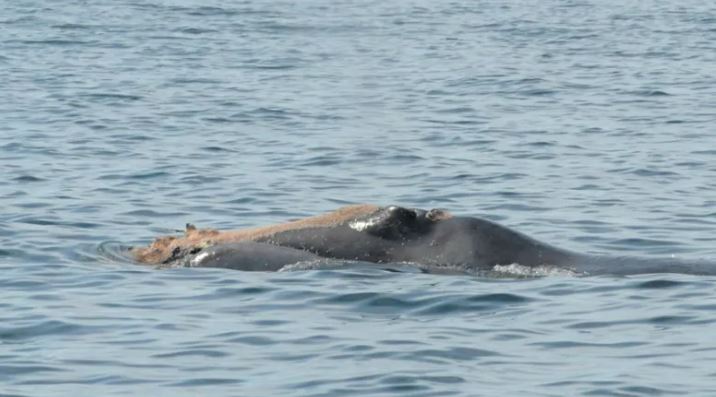 The 10-year-old male was spotted in the Bay of Fundy, east of Grand Manan, dragging an orange buoy. (Anderson Cabot Center for Ocean Life at the New England Aquarium)

It took an hour and a half to disentangle the 10-year-old whale. No. 3843 is of prime breeding age and is important to the survival of the species.

The name “right whale” comes from the whalers who hunted them, as they were the “right whales” for the industry that existed then.

As a result, North Atlantic right whales are endangered, with only an estimated 450 left in the world.

Of these, about 100 are breeding females, and so far this year, no calves have been spotted.

At least 18 North Atlantic right whales have died in Canadian and U.S. waters since January 2017.

Major efforts are underway to take care of the whales this season.