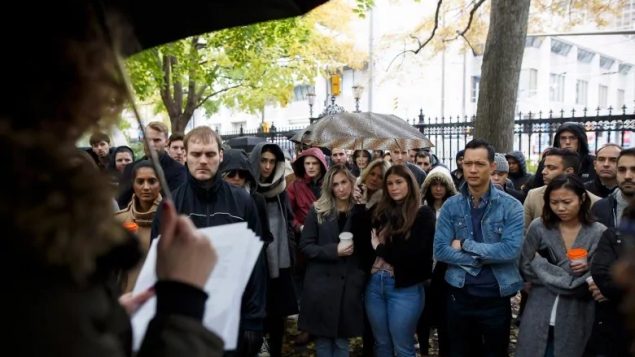 Google Canada employees listen as another staff member reads from a list of personal account stories from other Google employees during a walkout in Toronto on Thursday. (Cole Burston/Canadian Press)

Google employees in Canada joined fellow workers around the world Thursday protesting the company’s treatment of women and its alleged handling of sexual misconduction allegations.

About 100 workers left Google’s office in Toronto and two dozen others took similar action in Montreal shortly after 11 a.m. 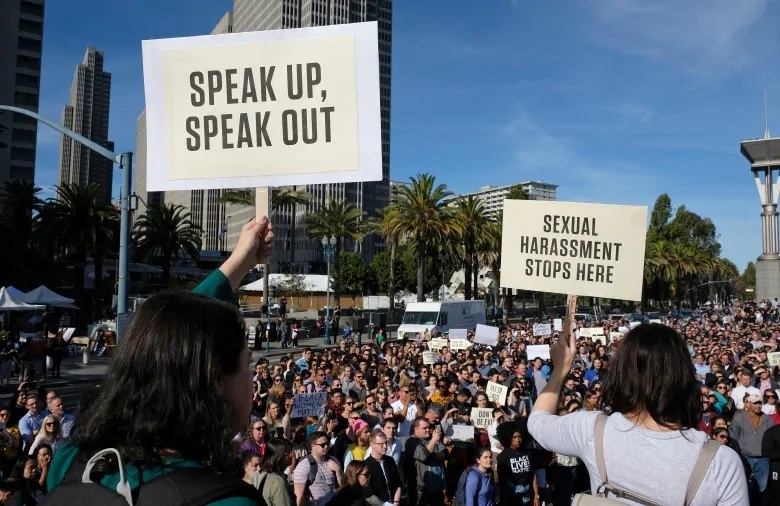 The Toronto workers went to a nearby park where the spent about 15 minutes reading pages of stories from anonymous Google employees.

Workers at the company’s engineering and development headquarters in Kitchener, Ontario took a different route, staging a “walk-in” from inside the company’s lobby.

The worldwide “Walkout for Real Change” follows a New York Times story about the company’s Google Android software creator Andy Rubin, who, The Times Said, received a $90 million severance package in 2014 following an investigation that concluded that sexual misconduct allegations against him were credible.

Google has just over 88,000 full-time employees around the world.