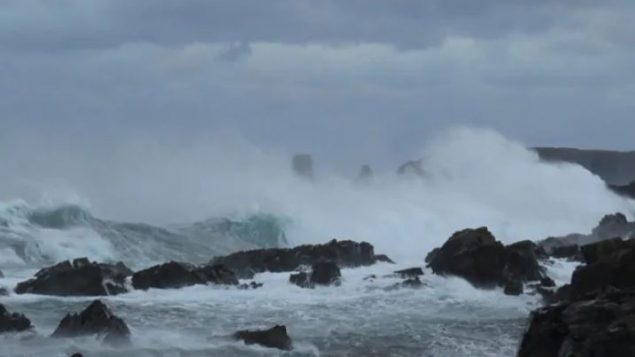 Newfoundland and Labrador: largest storm on the planet

Newfoundland and Labrador, Canada’s Atlantic province, is coping with a massive storm today, one described as the “most intense storm” on the planet, according to a meteorologist in Gander, Newfoundland.

Winds gusting upwards of 130 km/h are causing giant waves, with delays, cancellations and closures bringing life to a standstill.

There are 12,000 customers across the province without power due to the severe weather and wind according to Newfoundland Power.

Tabea Fiechter, a meteorologist with the weather office in Gander said, “[It’s] not fun to be out in, or drive anywhere in.”

“It’s not just one or two trees, it’s seven trees, five trees. And as you get one tree removed the crews are finding that there are other trees that have come into line.”

Environment Canada issued wind warnings and storm surge warnings for most of the Avalon Peninsula in south-eastern Newfoundland.

“[There is] definitely potential for damage in those areas.” Fiechter said.

And as the storm moves east over the Atlantic, the west coast of Africa, Portugal and Ireland are bracing for similar conditions over the weekend.

The effects of the incredibly strong low pressure system moving through Atlantic Canada will cause the largest waves on the PLANET near the Grand Banks of Newfoundland.