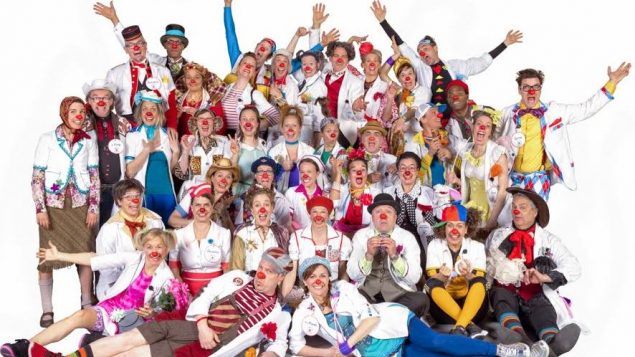 Dr. Clown, or the Dr. Clown Foundation, is the group of therapeutic clowns bringing comfort and joy, and sometimes more importantly, distraction, to little children in hospital settings.

One of the founders of the group, Melissa Holland says she was always interested in theatre and performance, but with a “social bent”.

“When children are happy they’re easier to treat”

She auditioned and interviewed and became part of the pilot project.

On her eventual return to Montreal, she saw the need here and with some like-minded individuals, the Dr. Clown Foundation was established in 2002.

The group has grown to 47 clowns now, in more than 50 hospitals and institutions in Montreal, Quebec City, and soon, in Trois Rivieres.

They are all professional artists, with a background, in either theatre or music, or in circus performance, Holland says.

And many have clown and artistic training, from Francine Cote’s Clown & Comedy School

They each have their own clown characters, adapted for the hospital setting, and they undergo psycho-social training for the unique environment they work in. 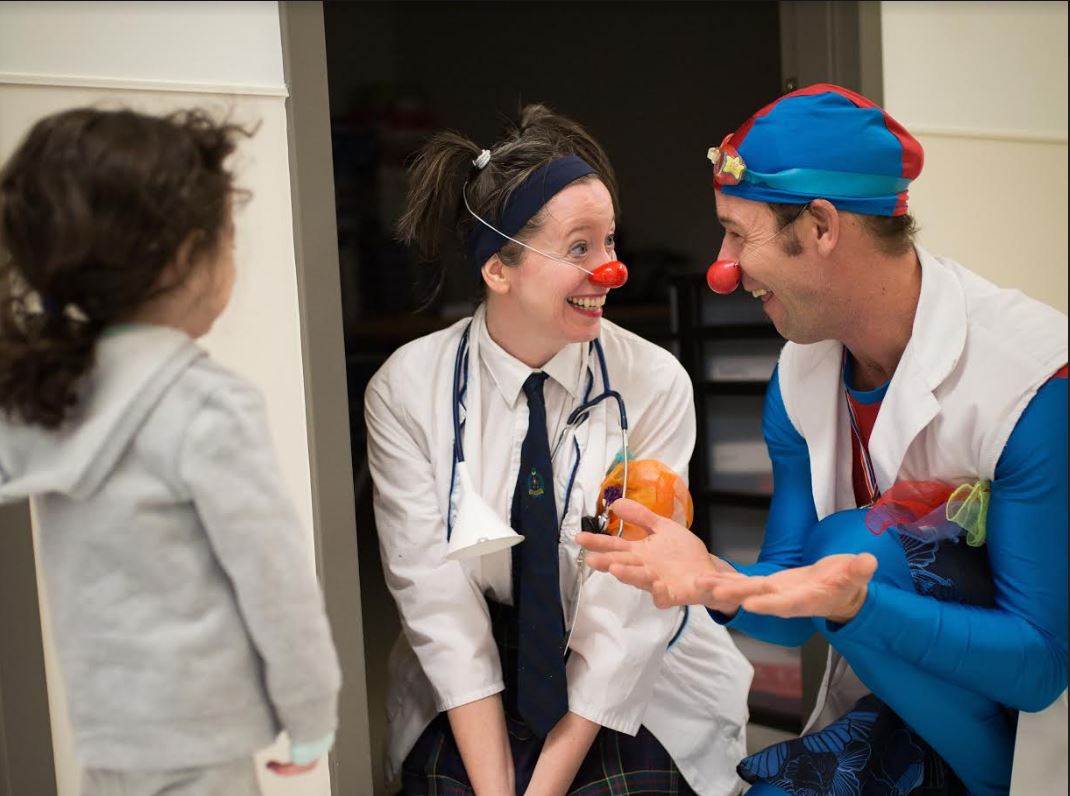 Dr. Fifi (aka Melissa Holland) centre, working with a partner in one of Montreal’s children’s hospitals. (courtesy of Foundation Dr. Clown)

Holland says they learn “how to be able to bring our clown character into the hospital and how to bring about a sense of lightness and joy and empowerment in a place that can often feel heavy and where there are elements of suffering.”

They always work in pairs with one member of the duo, the resident clown, assigned for three months.

“I think the thing that the figure of the clown brings about naturally, is a feeling of resilience.”

“So even though we’re visiting people who are going through probably one of the toughest times in their lives, especially with children, when they’re looking at us, you know what they see is a clown, and children are so great at being in the present moment… whether they’re in the middle of getting their chemotherapy treatments or other kind of painful procedures, to have the distraction of a clown showing up is often something that’s unexpected,” Holland says.

And if the child is in hospital on a regular basis, or for a lengthy stay, they get to know their favourite clowns, who become a welcome addition to whatever is happening in the moment, she says.

Holland clarifies that “it’s up to the child whether or not they want to engage with the clown, so in that way we’re always empowering them”.

Holland says many of the seniors, suffering dementia or Alzheimer’s, are similar to children, in that they live in the present, but words and melodies and memories of music come from a different part of the brain.

“I think the thing that the figure of the clown brings about naturally, is a feeling of resilience.”

This past year Melissa Holland has been active on the international scene. In April she attended a gathering in Vienna of more than 500 therapeutic clowns from 30 countries, all exchanging best practices, including work in palliative care, work with children with autism, and even working with patients in a coma.

During the fall she was invited to give the keynote address at a conference in Havana, where over 150 therapeutic clowns are becoming an increasingly valued part of hospital environments across the island.

Though still working on a voluntary basis, Holland says it is recognized in Cuba, that “the overall atmosphere of the hospital is improved because the staff are able to partake in moments of laughter and improvising and just having a playful time with their patients, and, or with each other.”

Holland says it was encouraging to see representatives from Cuba’s Ministry of Culture and the Ministry of Health attend the conference on the third day, engaging in conversations about how best to recognize and support therapeutic clowns.

“If the work is done with intelligence and sensitivity and certainly an artistic quality then there’s a lot of inroads that can be made in the health care,” Holland says.