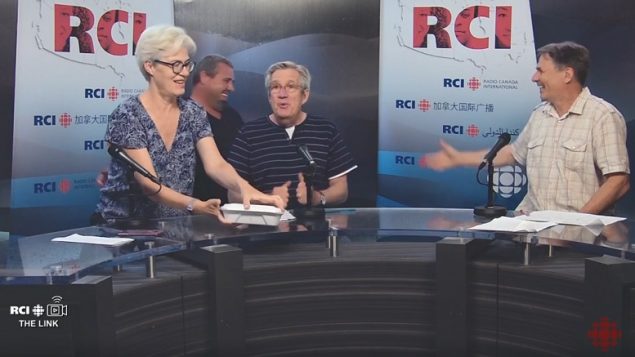 Marie-Claude holds a take-out dinner of poutine delivered to Terry and Marc by the mysterious Pierre Dutil, master of all RCI secrets.

Your hosts, Marie-Claude, Terry, and Marc (video of show at bottom)

Anniversary of the atomic bomb attacks to end WWII 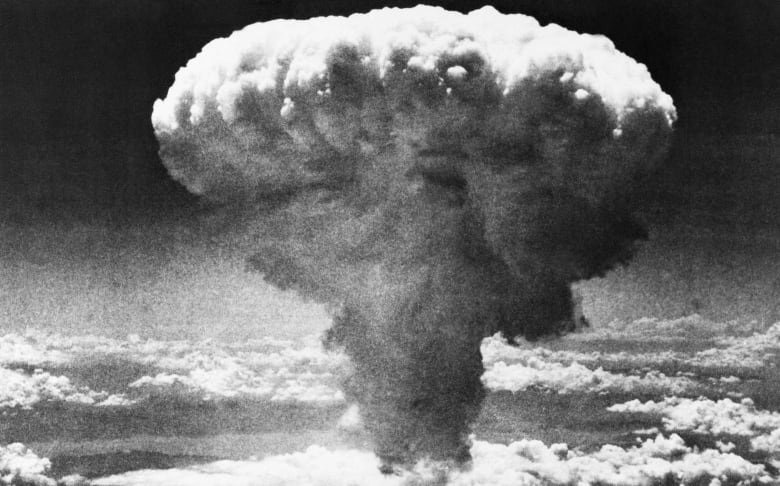 In this Aug. 9, 1945 file photo, a mushroom cloud rises moments after the atomic bomb was dropped on Nagasaki, southern Japan. On two days in August 1945, U.S. planes dropped two atomic bombs, one on Hiroshima, one on Nagasaki, the first and only time nuclear weapons have been used. Their destructive power was unprecedented, incinerating buildings and people, and leaving lifelong scars on survivors, not just physical but also psychological, and on the cities themselves. Days later, the Second World War was over. (The Associated Press)

It was the first, and luckily so far, the only use of the terrible destructive power of atomic weapons.

In August 6th and 9th of 1945, the U.S dropped two atomic bombs, one on the Japanese city of Hiroshima, another on Nagasaki. The death toll for Hiroshima was estimated at around 140,000, for Nagasaki around 80.000. 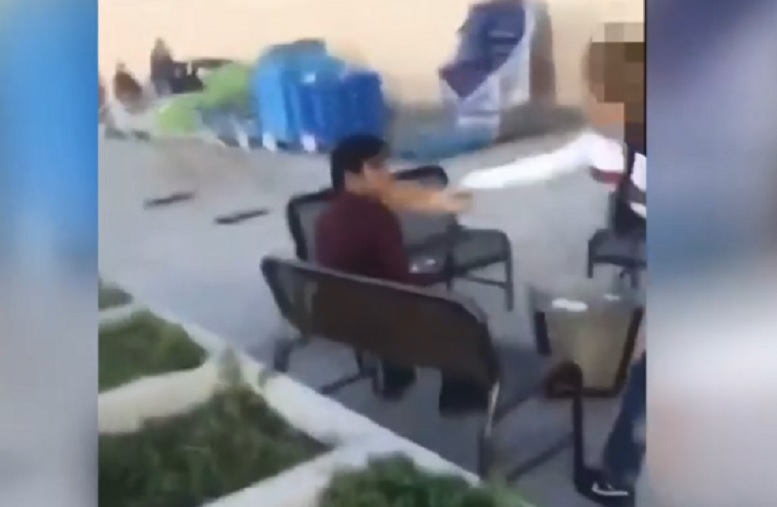 Screen capture shows the moment someone in a group throws coffee at Vaviya Falgun in an apparent social media “prank”. Internet viewers didn’t find the prank funny and Regina police are investigating (via CBC)

A recent internet so-called “prank” in Regina Saskatchewan didn’t quite turn out the way the people involved probably expected. The person who filmed the event and posted it online did not get the “likes” he hoped for and instead was criticised for the incident. He tried to defend himself saying he wasn’t the one who threw the coffee so why are people blaming him?

Marc spoke with Gord Pennycook (Ph.D) is an assistant professor of behavioural science at the University of Regina. He says the person filming bears as much responsibility for any bad behaviour as the person committing the act.

How dinosaurs grew feathers to become birds: Sex is in the air 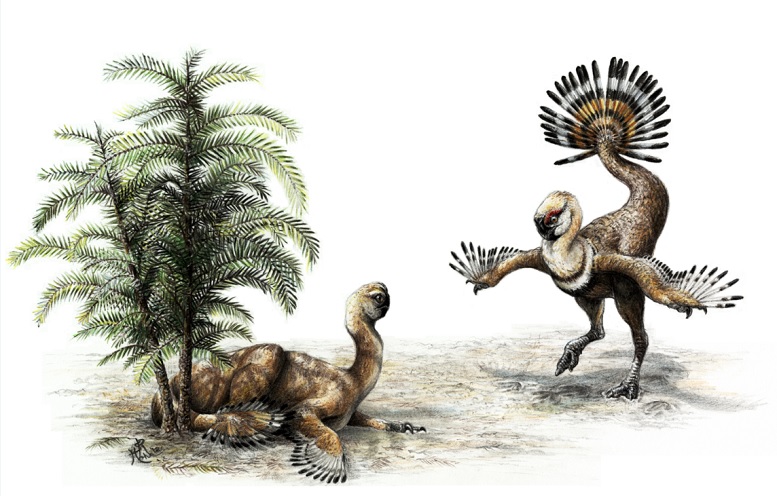 A flightless dinosaur called Similicaudipteryx uses its feathers in a mating display. U of A researchers looked at how such displays may have helped dinosaurs evolve feathers that eventually allowed them to fly. (Illustration: Sydney Mohr)

It’s now widely accepted that today’s birds evolved from dinosaurs, but how did we get from one to the other.

We now know that some early dinosaurs developed preliminary hair-like feathers for warmth, but from there to the complex feather design of modern birds is far too big a leap to be explained by evolution, unless there’s a middle step.

That middle step according to a new study was develop the feathers into more complex structures for mating displays, i.e., for sex. 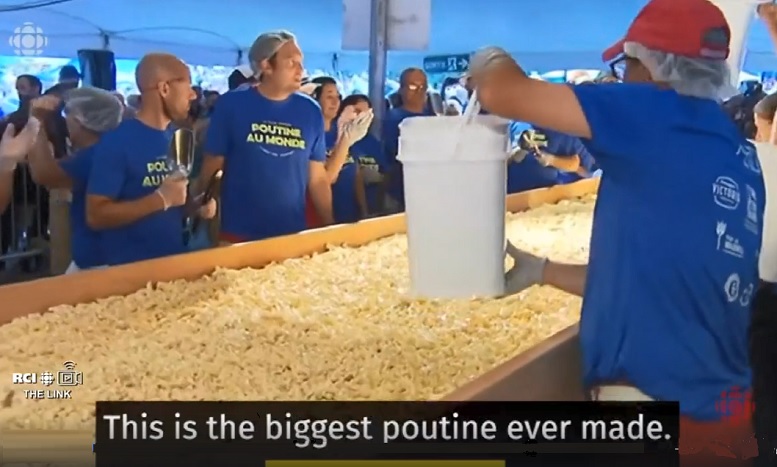 Canada has given the world the invention of “poutine”, a heart-stopping mix of gravy, cheese and fries. A World Record batch was made this month in a Quebec town. (Radio-Canada)

Marie-Claude talks about the Canadian invention of poutine,  with the story and video of the recent batch made to beat the previous world record. The new record set this month was, 3,000kgs.

She also ordered a sample to be brought into the studio. Reports are none of our arteries were immediately clogged!