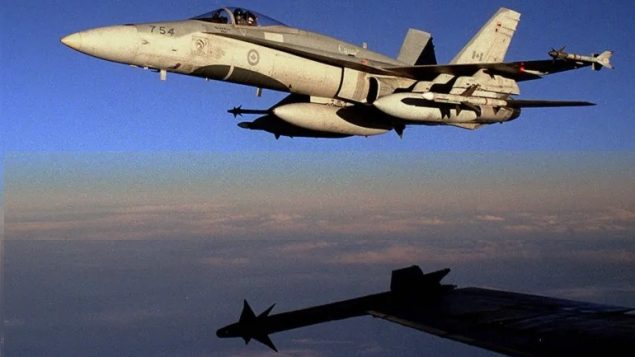 Two Canadian CF-18's like the one shown, scrambled along with US jets to intercept two Russian bombers over the Beaufort Sea. (Reuters)

The intercepts come even as Canada and the U.S are discussing a new framework for the bi-national North America Aerospace Defence Command, (NORAD). The talks concern ways to deal with new technology of cruise missiles, and the potential threats posed by nations such as N. Korea which continues to test missile technology. 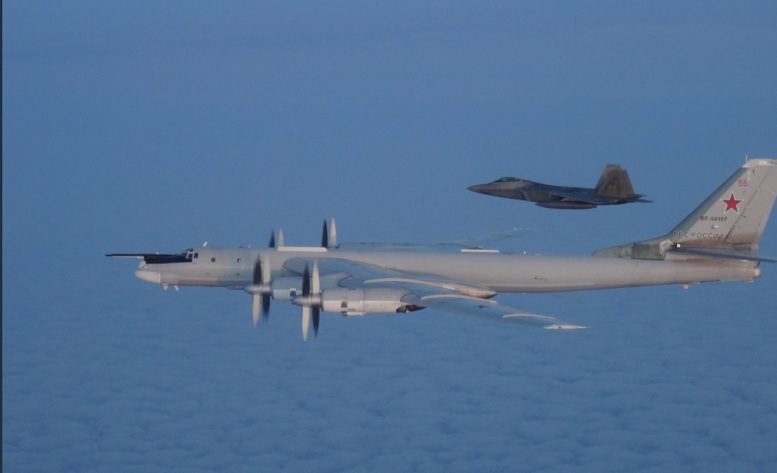 NORAD released this photo of an F-22 shadowing a Russian Tu-95 “Bear”. The Bear is the only prop-driven bomber still in militrary service. Developed in the 1950s, its cruising speed is about 550km/h compared to the B-52, also a 1950’s era bomber but with a cruising speed of 844 km/h (NORAD)

Officials from the two nations have established new operational requirements, which will be further discussed at political levels.

Costs for modernisation are expected to be very high, and who pays what could be great sticking points between the two nations.

Such potential incursions occur with some regularity, as each tests the others reaction times.