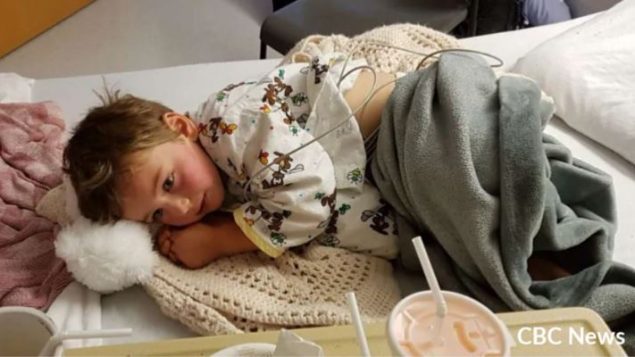 George Hazard-Benoit was found on Sunday night, cold and wet, but unhurt after spending the night alone in the woods of northern B.C. (Submitted by Tykao Hazard)

It was supposed to be a fun day spent picking berries in the woods.

Instead, the weekend became a nightmare for Tykao Hazard and Kris Benoit, whose 4-year-old son George wandered out of the family van and vanished into the woods near Mackenzie, B.C., about 180 kilometres north of Prince George, for a harrowing 32 hours.

On Saturday, Hazard and a friend drove to the berry picking spot, a place she’d been visiting since she was a little girl.

It was drizzling outside when they arrived at around 12:30 p.m. and George, dressed in a long-sleeved shirt, sweatpants, runners and a rainproof coat, was groggy — more interested in napping than picking… more