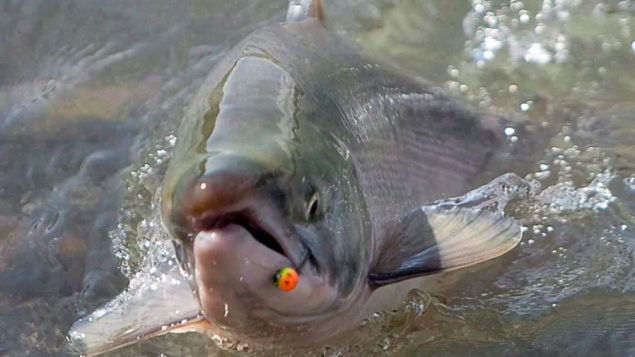 A new study used sockeye scales dating back to 1912 to estimate trends in salmon abundance in the Skeena River in northwestern B.C. (Jonathan Hayward/The Canadian Press)

A new study that suggests sockeye returns have dropped by three-quarters in the Skeena River over the last century should serve as a “wake-up call” for B.C., the lead researcher says.

The paper, published in the journal Conservation Letters, used genetic tools to trace the historical trends in sockeye populations in the country’s second largest watershed for salmon.

It pushes estimates of sockeye abundance all the way back to 1913 — previously used data only began in the 1960s — suggesting a much more dramatic decline.

The research indicates annual sockeye returns to the Skeena have dropped from about 1.8 million to 469,000 in the last 100 years, an overall decline of about 74 per cent… more