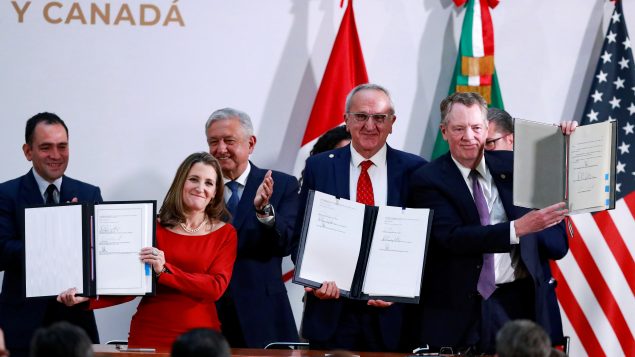 More than a year after they first put their signatures on the dotted line, Canada, the U.S. and Mexico signed a revised version of the new free trade deal that now has the backing of Congressional Democrats and thus a better chance of being ratified by the U.S. Congress.

The signing ceremony in Mexico City came just hours after the Democrats announced Tuesday morning that they have reached a deal with the Trump administration on changes to the language of the trilateral trade deal in three crucial areas: workers’ rights, the environment and prescription drugs.

“This is a progressive trade agreement that will be profoundly beneficial for our economy, for Canadian families and for the middle class,” said Canada’s Deputy Prime Minister Chrystia Freeland, who flew to Mexico Monday for meetings with U.S. Trade Representative Robert Lighthizer and Mexico’s Undersecretary for North America Jesús Seade. 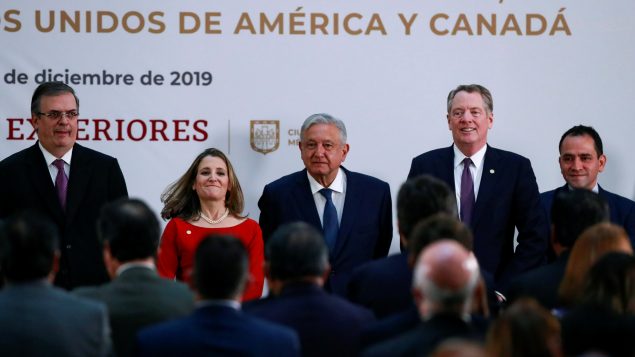 When the Trudeau government began work on revamping the old NAFTA in 2017, it was clear that the new agreement would need to preserve jobs, foster growth and expand the middle class, Freeland said.

“We together have accomplished all of that,” Freeland said. “This agreement is excellent for hundreds of thousands of Canadian workers, not only does it preserve essential cross-border supply chains, but it significantly increases workers’ rights and levels the playing field for workers across North America.”

“These amendments will ensure that rules-based trade between our three countries will continue to support the economic prosperity of all our people and the global competitiveness of North America as a region,” Freeland said. 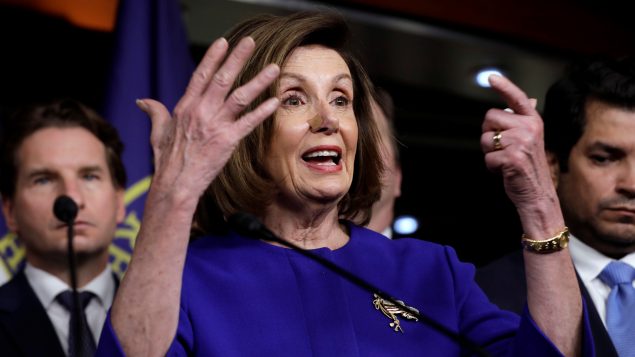 U.S. House Speaker Nancy Pelosi endorsed the new North American trade deal as “a victory for U.S. workers” and said the tweaks to the bill championed by the Democrats were “infinitely better” than the original text.

“This is a day we’ve all been working to, and working for on the path to yes,” said Pelosi.

“There is no question, of course, that this trade agreement is much better than NAFTA, but in terms of our work here, it is infinitely better than what was initially proposed by the administration.”

“After working with Republicans, Democrats and many other stakeholders for the past two years, we have created a deal that will benefit American workers, farmers and ranchers for years to come,” said Lighthizer in a statement. “This will be the model for American trade deals going forward.”

Canada, the U.S. and Mexico had initially signed the renewed North American free trade pact in November of 2018. Mexico ratified the deal but it ran into opposition among Congressional Democrats.

Canada indicated that it will ratify the deal in tandem with the U.S.

Mexican officials said Tuesday that they will submit the revised version of the deal to a new ratification process immediately.

The U.S. Congress has only nine days left in its busy legislative calendar, dominated by impeachment proceedings against Trump, to ratify the deal.

Once ratified by the legislatures in all three countries, the United States–Mexico-Canada Agreement (USMCA) – or CUSMA as it’s known in Canada – will replace the 25-year-old North American Free Trade Agreement (NAFTA).

‘A shift for future trade agreements’ 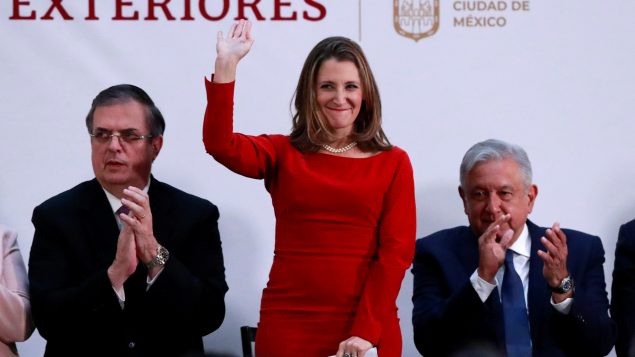 “The USMCA improves NAFTA in important ways that may signal a shift for future trade agreements,” said Alvaro Santos, an international law and trade expert at Georgetown Law . “Its advancement also ends prolonged uncertainty around NAFTA, allowing the U.S., Canada and Mexico to start focusing on how best to take advantage of the new agreement.”

The first big difference between NAFTA and USMCA is the emphasis on labour reform in Mexico, said Santos, who in 2018 served as deputy chief negotiator of the agreement for the newly elected government of Mexico.

“This will allow workers and independent unions in Mexico to organize and bargain collectively for wages and working conditions in a way that they haven’t been able to so far,” Santos said.

“Under NAFTA governments would pass a regulation, for example on the environment or health and safety, and investors could sue the state and get millions in damages,” Santos said. “That has been changed, under USMCA in most sectors investors won’t have the right to sue the country’s government to fight regulation that affects their interest when it pursues the public good.”

A third major change in the new trade deal concerns the rules of origin, he said.

“The USMCA increases the percentage of the content that needs to be produced in the region,” Santos said. “These rules are designed to incentivize production in North America and, particularly, in the U.S., and to divert it away from other supply chains, particularly in Asia.”