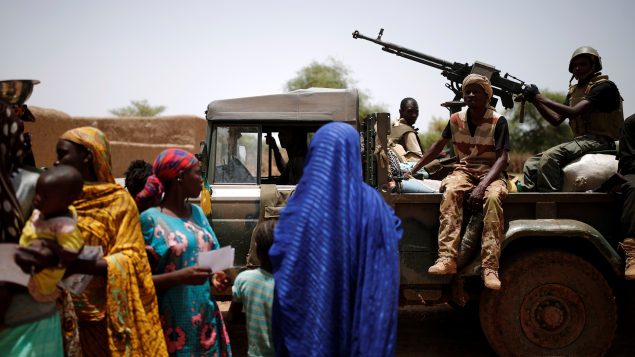 Refugee advocacy group sounds the alarm on crisis in Mali

Mali is on a perilous course, says Alexandra Lamarche.

Nearly eight years after the onset of crisis in the West African country, the international community remains heavily focused on stabilization and counterterrorism, with little to show for its efforts, says the Canadian humanitarian worker.

In fact, the humanitarian situation in parts of the country seems to be getting worse, says Lamarche, who travelled to Mali in September on a fact-finding mission for Refugees International.

In the last three years, the number of Malians displaced from their homes has more than quadrupled, and conflict and displacement is increasingly spreading to previously stable areas of the country, Lamarche says.

Humanitarian organizations are struggling to effectively provide for the 3.2 million Malians in need of assistance this year alone, and aid efforts are hindered by underfunding and a complex security environment, Lamarche says.

Radio Canada International had a chance to speak with Lamarche for a podcast episode discussing her report and its recommendations for improving the humanitarian situation in Mali, addressing root causes of the conflict, which has now spilled to neighbouring Niger and Burkina Faso, and implementing the terms of the country’s peace agreement.