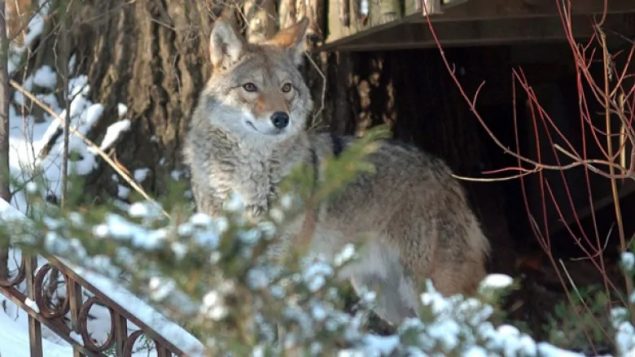 A coyote peers down from a backyard of the Neville Park ravine in Toronto. First it was foxes, skunks and raccoons. Now coyotes are setting up shop in increasing numbers within urban settings in North America and are worrying residents, not the least of which concerns fears for the safety of their pets. (Silvio Santos/Canadian Press)

Toronto’s wildlife getting a little too wild

When one thinks of coyotes, perhaps the image that comes to mind is the northern forest or the western plains and mountains.  One might not imagine that Canada’s biggest and most developed urban centre, Toronto, has a growing coyote population and problem, but it does. 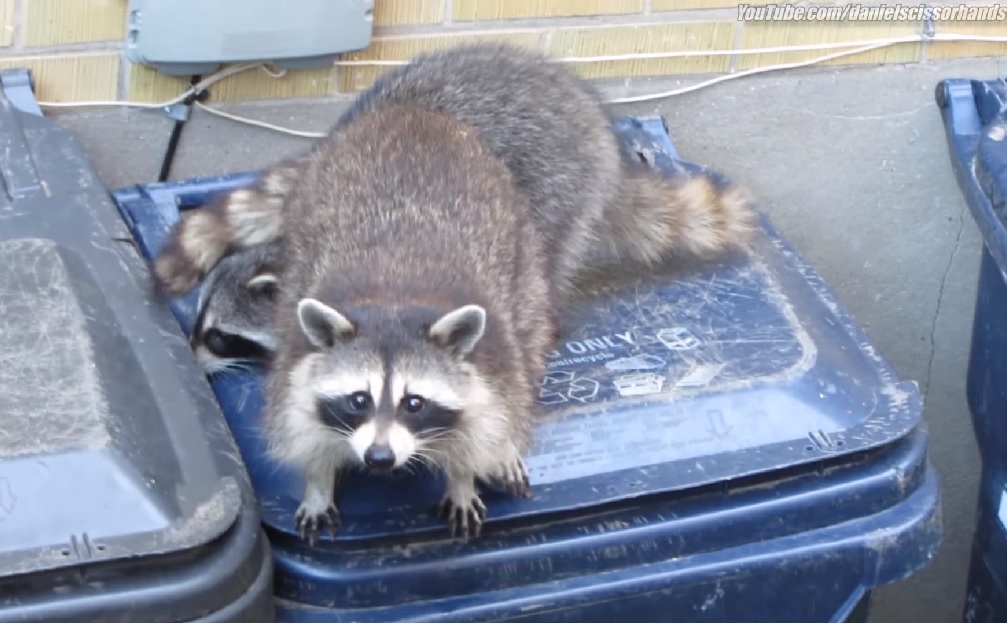 Urban raccoons in Toronto find a handy meal from household garbage With the nickname “trash pandas” they have become so common, they’ve been dubbed Toronto’s unofficial animal mascot. But now coyotes are becoming a more serious problem (danielscissorhands- YouTube)

While raccoons have become the very unofficial mascot of Toronto due to vast numbers, and foxes have also often been seen, there have been an increasing number of cases where coyotes which are larger have killed pet cats and small dogs. In one case a woman says she and her medium sized dog. Daisy, made a lucky escape after the dog was chased by a pack of five coyotes at a dog park in December where coyotes have frequently been spotted by other dog owners. Other residents have reported attacks on their pets as well in parks, dog parks and backyards. 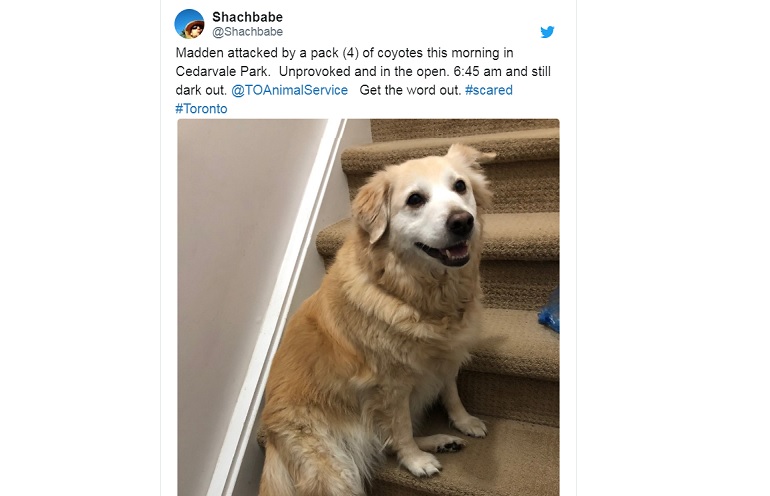 Tweet about a dog being attacked in Toronto Jan 6, 2020

Coyotes also apparently hopped a two metre backyard fence and attacked and killed a small dog before being chased off by the owner. In another incident bitten a child who was riding a bicycle was bitten by an apparent coyote. 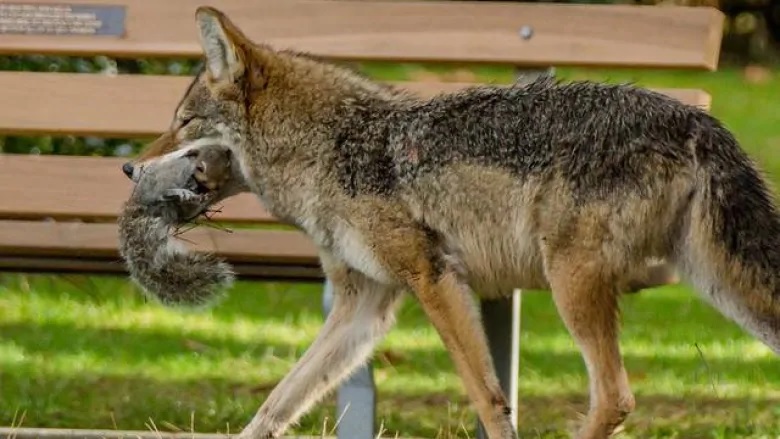 Coyotes are highly adaptable and urban environments from Vancouver (here) to Toronto and elsewhere are providing them with ample food sources including rodents, but also pet cats and dogs are viewed as potential meals (Michael Schmidt-Stanley Park Ecology Society)

While it is likely there are many more sightings that are not reported to officials, there were nonetheless 798 sightings of coyotes reported in 2017 which has almost doubled to 1257 in 2019. 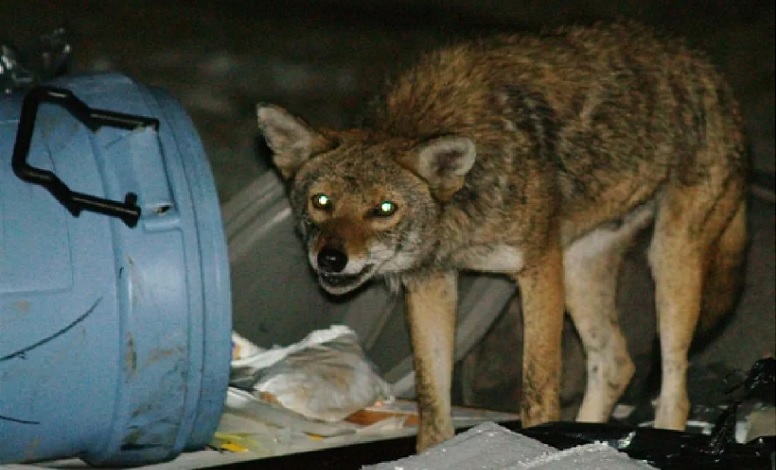 Humans in cities throw out vast quantities of food which is increasing attracting wildlife into cities. As fairly large predators, coyotes pose a greater concern to residents than the inconvenience of raccoons or skunks. (submitted by Greg Carter via CBC)

While they are generally fearful of people, there are reports the coyotes are becoming bolder as well, possibly due to people feeding them. As raccoons, foxes, and coyotes are all opportunistic feeders, the vast amounts of garbage and general food waste generated by people in an urban setting represents easy food for them. For coyotes, the multitude of roaming cats and small dogs, even in backyards, are also attractive meals.

While many residents are concerned about the coyotes, the law says that one cannot harm wildlife unless under immediate personal threat.