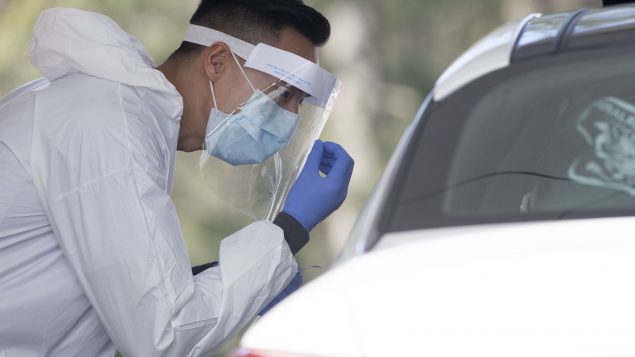 The number of COVID-19 infections in Canada could be several times higher than what official statistics, which only count laboratory confirmed cases, would suggest, according to a new study released by the Angus Reid Institute.

The health survey conducted by the Vancouver-based non-profit shows that nearly 148,000 Canadian households reported experiencing symptoms commonly associated with COVID-19 infections during the month of March.

Meanwhile, the Public Health Agency of Canada reported 18,847 cases of COVID-19 in Canada as of Wednesday morning.

Experts say understanding and measuring incidence of COVID-19 infections is crucial for policy makers and public health officials as they finetune their response to the pandemic.

“These estimates of the spread of COVID-19 in the general population add further weight to policies aimed at social distancing,” the Angus Reid report says. “The likelihood of being in contact with someone carrying this virus, assuming 100,000 carriers, is ten times greater than if there are only 10,000.”

Lifting the fog of war

The World Health Organization estimates indicate that as many as 85 per cent of those infected with the coronavirus experience only mild or moderate symptoms that don’t require any treatment.

In addition, new studies suggest that between 25 and 50 per cent of all those infected may have no symptoms at all.

To clear some of the “fog of war” uncertainty about the numbers of infected Canadians, the Angus Reid survey, which was carried out in the first five days of April, asked about 4,200 respondents to indicate whether they had experienced any of the eight symptoms associated with COVID-19, such as sore throat, dry cough, shortness of breath, fever, loss of sense smell and taste. 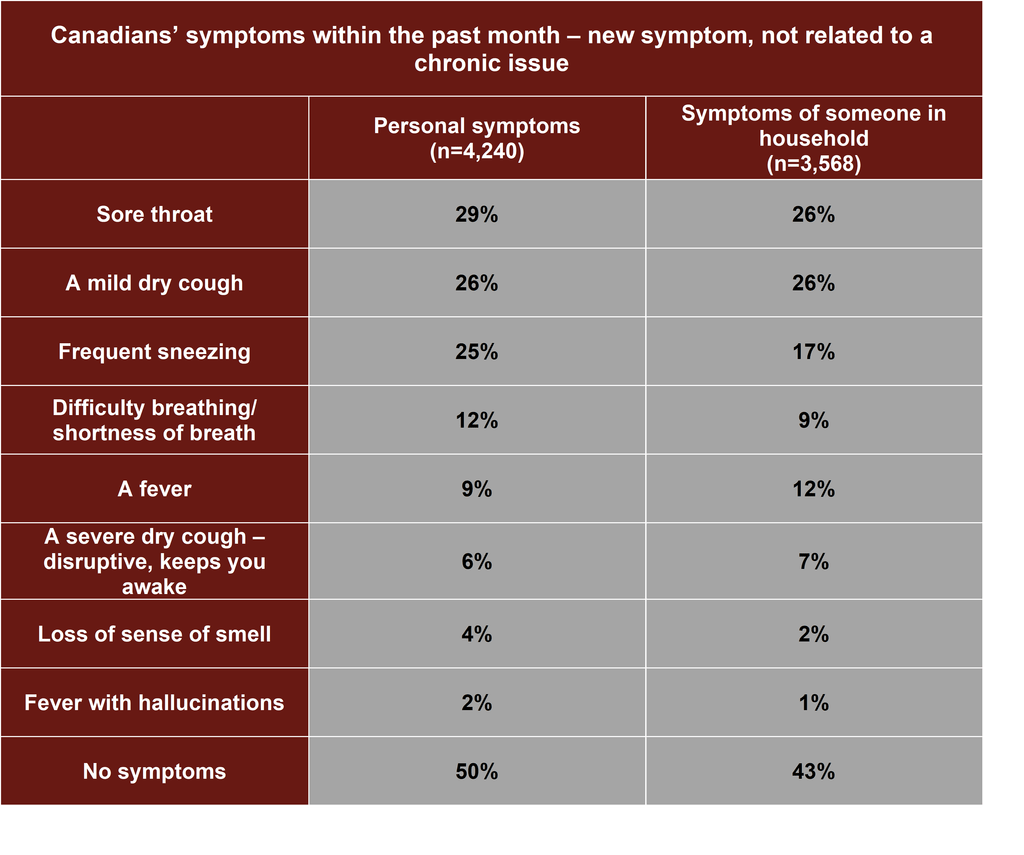 Since many of these symptoms may be related to allergies or caused by seasonal influenzas, the study focused on those respondents reporting a combination of fever and difficulty breathing, a dry cough so severe that it disrupts their sleep or a loss of a sense of smell.

Then through analysis of influenza statistics compiled by Statistics Canada and COVID-19 tests conducted in Canada and the U.S., the researchers came to the conclusion that an estimated 147,900 Canadian households had or still have COVID infection cases. 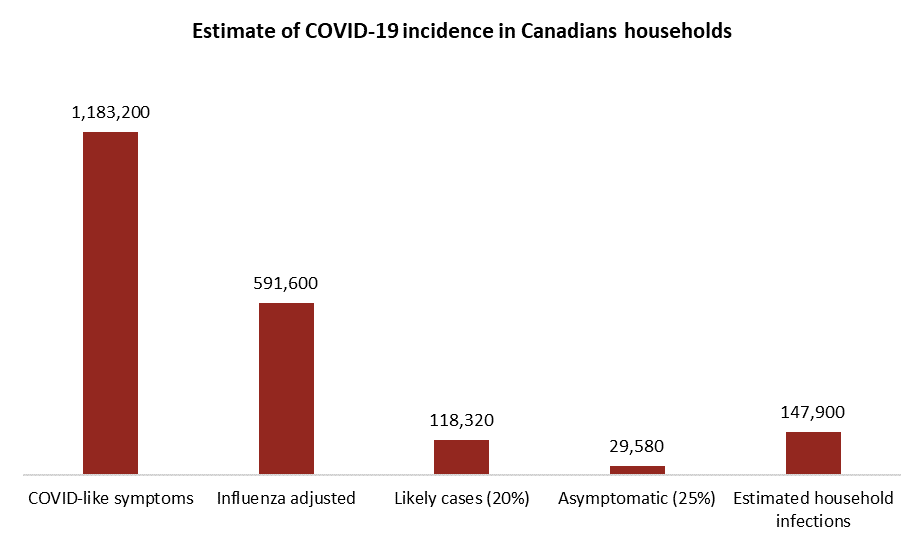 David Buckeridge, professor at the School of Population and Global Health at McGill University, said he believes the survey’s numbers are probably “a bit of an overestimate” but give us a rough sense of the true rate of infection.

“There is clearly with this particular virus a lot of people out there who have probably been infected and were not formally tested and given that diagnosis,” Buckeridge said.

“I would certainly expect that a survey like this is going to pick up a lot of that activity of people who were infected and were not formally tested and confirmed as a case.”

It’s quite possible that the coronavirus was circulating in Canada long before it was detected through testing, Buckeridge said.

This is why most jurisdictions are now ramping up to do serological testing, which detects the presence of antibodies in a person, and is a more accurate way of measuring the true reach of the pandemic, Buckeridge said.