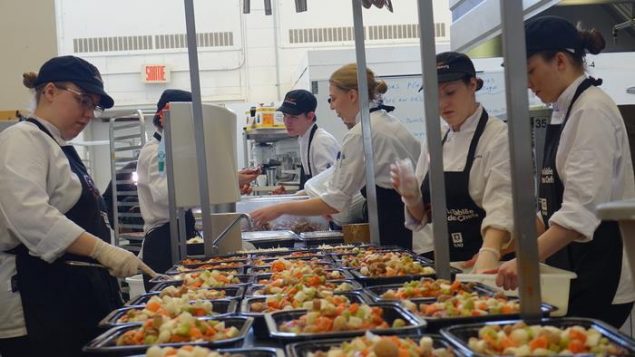 Members of the Armenian community in Canada are being urged to donate to La Tablée des Chefs project “Les Cuisines Solidaires” to mark the 105th anniversary of the Armenian Genocide. (Nicole Germain/Radio-Canada)

With millions of Canadians worried about putting food on the table due to the COVID-19 pandemic and restrictions on public gatherings, the country’s Armenian community has found a new way to mark the 105th anniversary of the Armenian Genocide this year.

Instead of the usual solemn gatherings and protest marches that mark the anniversary of the 1915 genocide in Ottoman Turkey every Apr. 24, the Armenian National Committee of Canada (ANCC) is urging community members to donate to a program designed to feed vulnerable Canadians in Quebec, Ontario and British Columbia.

Jean-François Archambault, managing director and founder of La Tablée des Chefs, said he was proud to collaborate with the Armenian community across Canada.

“Seeing the serious impacts of the crisis in our communities, we looked for a way to help people and imagine a great engagement of leaders and actors of the agrifood sector,” Archambault said.

The response was immediate, he added.

“In less than a week, we mobilized generous public and private partners, received confirmations from chefs across the province and the support of many stakeholders in the agrifood industry!” Archambault said.

Donations to the initiative have also poured from the Armenian community.

“We are proud of our partnership with this great organization and we strongly believe that as the Armenian-Canadian community is preparing to mark the 105th anniversary of the Armenian Genocide under the current difficult circumstances, it is our duty to help our fellow Canadians who are most in need, in honour of our 1.5 million victims,” ANCC co-presidents Hrag Tarakdjian and Shahen Mirakian said in a statement.

‘Hatred and violence must never again be met with indifference’ 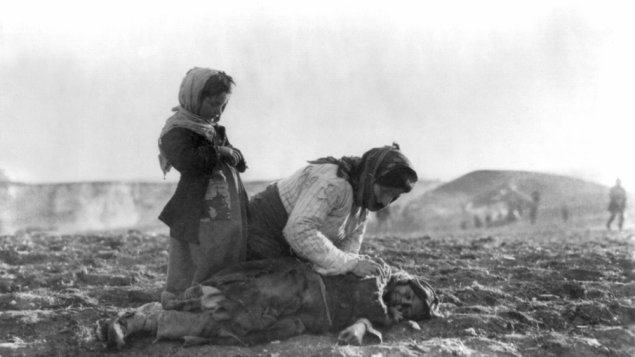 Historians estimate that nearly 1.5 million Armenians were slaughtered or died during death marches into the Syrian desert organized by the government of Young Turks as they sought to find a “final solution” to Turkey’s “Armenian Question” during WWI.

To this day the government of Turkey has refused to acknowledge the genocide, saying the number of victims has been inflated and that Turks as well as Armenians and other Christian minorities were killed during inter-communal strife.

Apr. 24 marks the symbolic beginning of the genocide when 234 of prominent Armenian intellectuals, politicians and community leaders were rounded up by Turkish police in Istanbul and sent to camps in the interior of the country where most were executed. 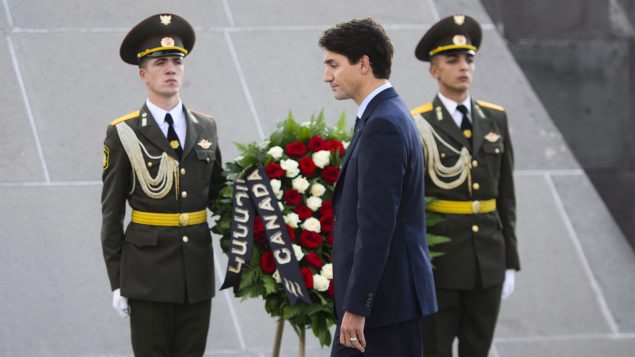 In a statement released on Friday, Prime Minister Justin Trudeau said this dark period of history should never be forgotten.

“As we recognize the strength and spirit of the Armenian people, we also look forward with hope to a future of peace and mutual respect,” Trudeau said in a statement.

“Hatred and violence must never again be met with indifference. Today, we reaffirm our commitment to building a world where everyone can feel safe from discrimination and persecution, no matter who they are, where they are from, or what they believe.”