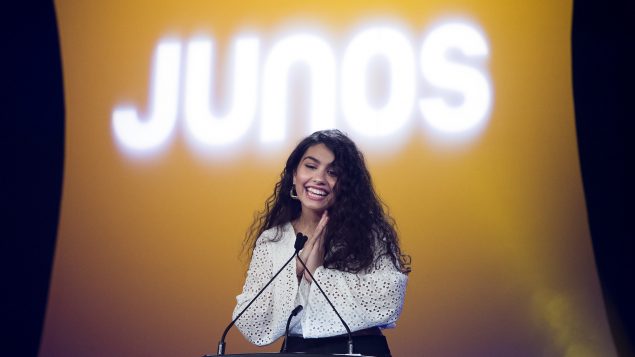 Canadian singer-songwriter Alessia Cara speaks as she was announced as the new host for the Junos during the 2020 Juno Award nominee press conference in Toronto on Tuesday, January 28, 2020. Alessia Cara emerged the top winner at this year's Juno Awards, picking up three trophies in the streaming ceremony. (Nathan Denette/The Canadian Press)

On Monday night, June 29, the ceremony of the Juno Awards that celebrates the best achievements of the year in the Canadian music industry was broadcast on CBC Music’s website, CBC Gem, and social media channels. The original ceremony was to be held in person in Saskatoon on March 15, but was cancelled due to the coronavirus pandemic.

As an introduction to the 2020 edition of the Juno Awards, the President of CARAS, paid an indirect tribute to the Black Lives Matter (BLM) movement, and gave his personal support to artists who are underrepresented because of “systemic racism.”

“As a president of CARAS, it is my responsibility to ensure that we take an active role in dismantling systemic racism. We are committed to the long-term inclusion and amplification of Black voices, and a more equitable industry for all.”Allan Reid, President of CARAS 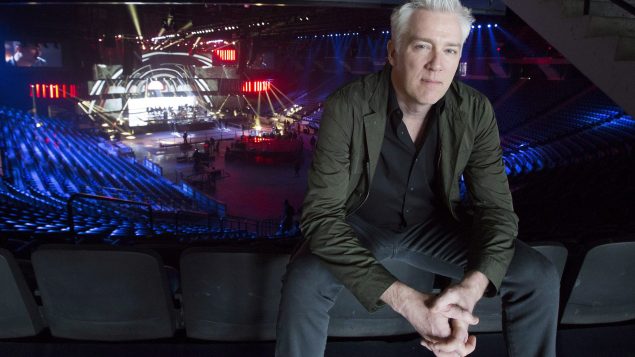 The head of CARAS added that an “action plan with specific commitments” would be revealed this July. “We welcome you to hold us accountable,” he insisted.

The diversity of voices at this year’s ceremony was made visible thanks to the presenters, singer Damhnait Doyle and CBC host Odario Williams, who reminded the audience of “the long and difficult road for Black and Indigenous artists.” The first Black artist to receive a Juno in 1991 was the Toronto rapper Maestro Fresh-Wes, they said, while the first Indigenous Music Award was handed in 1994 to the Cree folk singer Lawrence Martin.

Odario Williams paid a special tribute to artists such as A Tribe called Red, who refused to be pigeonholed in the Indigenous category and were awarded the Breakthrough of the Year prize in 2014, while also being nominated in the Electronic Album category that year. Look at their live presentation at the 2017 Juno Awards.

Following this introduction, which insisted on bringing about change in the music industry, the one hour-and-a-half long ceremony started with awards revealed in some 42 categories. I selected some of the most prominent, plus a few digital reactions from some of the winners, since no acceptance speech was broadcast live this year.

Songwriter of the Year for Growing Pains

The big winner of the night was Brampton, Ont. singer Alessia Cara, who brought home three Junos: Album of the Year — a category determined by sales figures — as well as Pop Album of the Year for her second album The pains of growing, and Songwriter of the Year. The 23-year-old artist — who initially was supposed to host the televised ceremony in Saskatoon — said this was a “coming of age” record, exploring “the nuance and mentality of what it’s like to age out of your teen years.”

Born Alessia Caracciolo, she started singing at playing guitar as a young teenager and made a success with her covers on her YouTube channel, before seeing her career boom on both sides of the Canadian border. She won a Juno in 2016 as Breakthrough Artist of the Year. And in 2018, Cara became the first Canadian artist to win the Best New Artist at the 2018 Grammy Awards.

Single of the Year for Señorita, with Cuban singer Camila Cabello

Sales along with a jury vote determine the New Artist of the Year, and Shawn Mendes seduced them all, since he won that award for the second consecutive year. Aged only 21, Mendes has already released three albums and performed three world tours. Yet, like Alessia Cara and many others, he started by posting videos of him singing covers on the Internet. He also made great strides in the US music scene and garnered several awards in Canada, the United States and Europe. He even played for the birthday of the Queen of England Elizabeth II in 2018.

Apart from the Artist of the Year award, he also won — for the third year in a row — the Single of the Year with Señorita, a duo with singer Camila Cabello. Initially influenced by Canadian singer Justin Bieber, Mendes is also a model for Calvin Klein and Emporio Armani, and he launched last year his own philanthropic foundation to “bring about positive change in the world.”

R&B/Soul Recording of the Year with “Feel it Too”

Also from Ontario is rapper Tory Lanez. He grew up in Canada and in the United States, and learned autonomy the hard way, living away from his family since age 15. Yet, since 2014 he owns his own record label and is now an independent artist.

“I waited and calculated for 4 years to be my own boss,” Lanez wrote on Instagram. “I own all my own masters, publishing, royalties etc. This may not mean nothing to y’all but seeing my record label at the bottom unattached to a major label is what we have worked this hard for.”

Quebec artists were also well represented, with many musicians coming from Montreal, especially in the Jazz category: Dominique Fils-Aimé’s album Stay Tuned! was selected as Vocal Jazz Album of the Year, while trumpet player Jacques Kuva-Séguin won the award for Jazz Album of the Year: Solo with Migrations.

Also based in Montreal and produced by the music festival Nuits d’Afrique’s record label, Malian-born singer Djely Tapa won the award for Best World Music Album with Barokan. Is it a mere coincidence? The three above-mentioned artists had just been performing on the digital edition of the 2020 Montreal International Jazz Festival during the same week.

In the following presentation by Dominique Fils-Aimé at the Polaris Gala in 2019, check out the amazing drummer Salin Cheewapansri, who recently settled in Montreal from Thailand.

Also based in Montreal, but originating from Vancouver and Ottawa, are the members of the rock band Half Moon Run, who won an award for the Adult Alternative Album of the Year with their third release, A Blemish in the Great Light. The album was produced by L.A.’s Joe Chiccarelli, who has worked with Spoon, The Strokes and Jack White.

First-time Juno winner and piano revelation Alexandra Stréliski, also from Montreal, celebrated her victory in the Instrumental Album of the Year category in her backyard with… a pineapple,

Meanwhile, Ontario filmmaker Sarah Legault’s fans screamed as her win was announced for Music Video of the Year.

Legault directed the stop-motion animation for Indigenous singer Iskwé’s Little Star, about the murder of 15 and 22 year old Indigenous girls. Legault and her team took 6 months to direct this little jewel.

Let’s hope that CARAS’ Allan Reid is right and that we will gather again next year as the Junos will celebrate their 50th anniversary. The televised ceremony is to be held in Toronto on March 27 and 28, 2021.