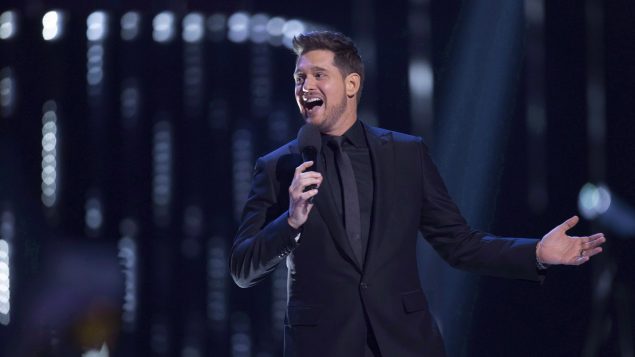 Michael Buble is shown on stage at the Juno Awards in Vancouver, Sunday, March 25, 2018. Buble is to be appointed to the Order of British Columbia, one of the province's highest honours. (The Canadian Press/Darryl Dyck)

The Canadian singer Michael Bublé is among a group of 13 people being recognized by one of British Columbia’s highest honours.

“As the representative of the Crown in British Columbia and chancellor of the Order of British Columbia, I am delighted to welcome 13 new members to the order,” Austin said. “They have helped us to grow as a province, taught us to care for our environment, enriched our lives with literature and art, helped us to address past injustices and inspired us to become a more caring and inclusive society.”

According to a press release, 160 British Columbians were nominated for the honour. The British Columbia government has been trying to raise awareness of the province’s highest honour to ensure that outstanding people from all over the province have the opportunity to be recognized.

Due to the COVID-19 pandemic, the Order of British Columbia investiture ceremony for 2020 is postponed and will be held for recipients in 2021.