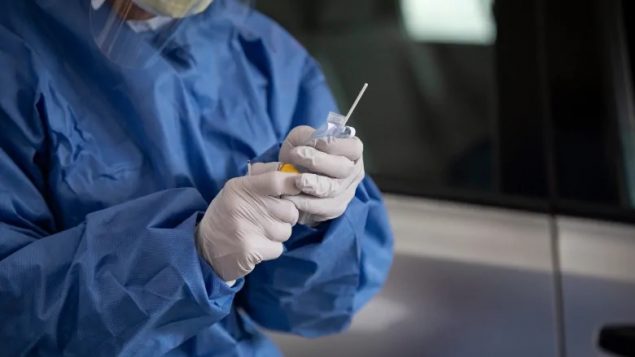 A new study by Public Health Ontario suggests the number of people who have been infected by COVID-19 in the province has been a tiny fraction of its total population. Experts say that is good news. (Evan Mitsui/CBC)

The number of people in Ontario who have been infected by COVID-19 is four times more than the province’s official tally, according to new antibody testing data from the province’s public health agency.

Recent research in the U.S. has estimated the true caseload in some areas there can be up to 24 times higher.

(The fact that more than four times more people could show proof of prior COVID-19 infection in their blood is due to a variety of factors, including lack of access to testing and the fact that many people experience infection with few or no noticeable symptoms.)

The latest figures are contained in data gathered in June by Public Health Ontario. 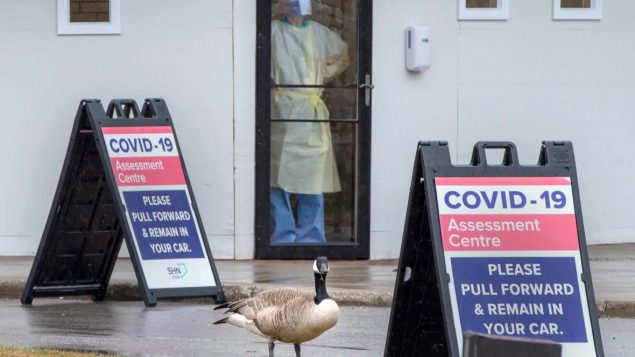 A Canada Goose is the only visitor outside at a COVID-19 testing centre in Toronto in April. (THE CANADIAN PRESS/Frank Gunn

Researchers measured the presence of antibodies against SARS-CoV-2, the virus that causes COVID-19 in blood test samples of people across the province.

(Blood tests search for antibodies created when a person successfully fights off infection.)

The agency said that of more than 7,000 blood samples tested in June, 79 showed the presence of COVID-19 antibodies, indicating a prevalence of 1.1 per cent when adjusted to the characteristics of Ontario’s population.

The study found that roughly 160,000 people out of the province’s 15 million population were infected and had recovered from the novel coronavirus by the end of June.

As well, they found a great disparity in the presence of antibodies between different regions of the province.

According to Dr. Vinita Dubey, associate medical officer of health for Toronto Public Health, the study’s findings are similar to one published in July by the Canadian Immunity Task Force, which showed that, out of national blood donor samples, about 1 per cent of the population had COVID-19 antibodies. 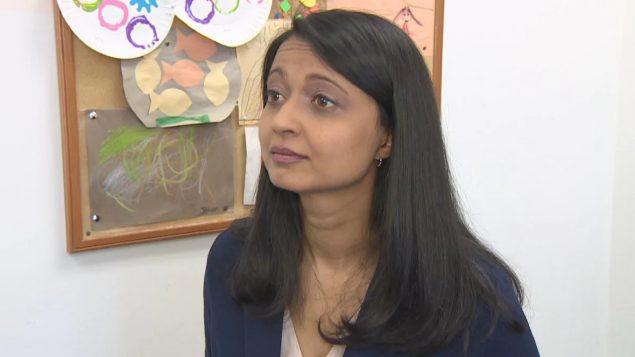 Dubey told CBC News she expects that the actual number of infections in Toronto and Ontario is higher than laboratory confirmed cases because not everyone who had symptoms early in the outbreak was eligible for testing.

“In Toronto, despite having over 15,000 laboratory confirmed cases in the city, the actual number of people who got COVID-19 is likely higher as not everyone was tested throughout the course of the outbreak,” Dubey said

“However, well over 95 per cent of the population do not have evidence for COVID-19 antibodies and are susceptible,” she said.

“As well, it is not known yet if those who have COVID-19 antibodies have lifelong immunity. This means that we must all continue our public health measures to prevent the ongoing spread of COVID-19, and we must keep our vulnerable populations protected.

“The results of this work will allow us to understand which groups and subgroups in the Ontario population have been infected with COVID-19, and to enhance pandemic prevention and preparedness efforts.” dubey 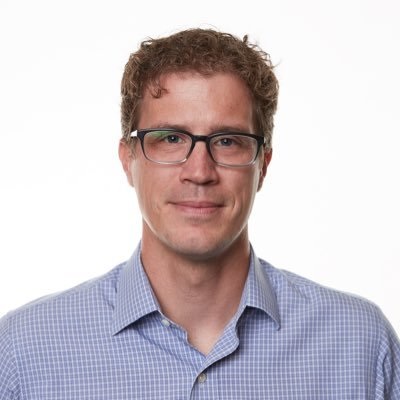 Dr. Dominik Mertz, associate professor, division of infectious diseases, department of medicine, at McMaster University in Hamilton, told CBC News the study shows that people in the province remain at risk of catching the infectious disease.

“Whether it’s one or two per cent or three per cent, it doesn’t really matter in terms of protection,” Mertz said.

“It’s still a very small population within Ontario that’s been exposed or has at least for now an immunity, so it shouldn’t change anything in terms of our behaviour. It’s probably not even enough to slow down any further transmission.” 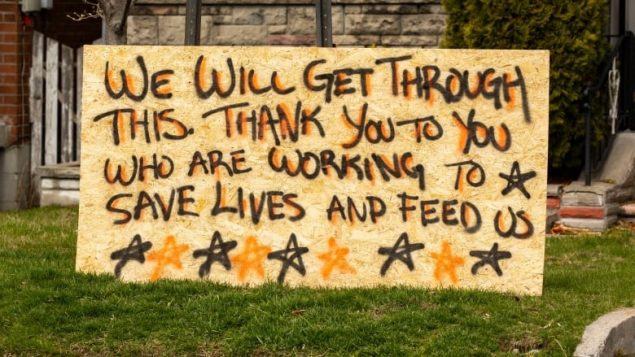 A resident on Toronto’s Lumsden Avenue set out a sign in April a thanking frontline workers for their COVID-19 efforts. (Michael Wilson/CBC)

Public Health Ontario said it analyzed the blood samples, which were provided for purposes other than COVID-19 analysis, by age group, sex and Ontario region.

The samples were “de-identified” before testing to protect the identity of individuals. The proportion of positive samples varied by geographic region, the agency said.