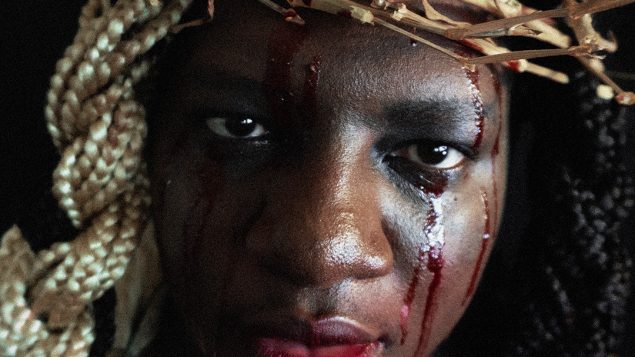 The 2020 Polaris Music Prize was awarded on Monday night to Montreal-based Gothic rap singer Backxwash. Her self-produced album God Has Nothing To Do With This Leave Him Out Of It was selected over nine other contenders as Canada’s best album of the year.

A jury of 11 music critics from across the country met online to cast their votes. The Polaris Music Prize has been awarded every year since 2005 to the best Canadian album of the year “based on artistic merit without regard to genre, sales history or label affiliation,” according to the organizers.

Backxwash is the first transgender female artist to win the Polaris Music Prize, which is known to celebrate diversity and  to support up-and-coming Canadian artists. Along with the recognition of her peers and an opportunity to break through a larger audience, she will get $50,000 in cash.

Backxwash is the stage name adopted by Ashanti Mutinta. Growing up in a religious family in Zambia, she started making hip hop beats as a teenager before moving to Canada in her late teens to live with her siblings. She studied computer science before exploring Montreal’s live music scene and going back to expressing herself through music.

“Maybe cause my skin or / Maybe it’s the way I dress,” she continues, “I’m walking down the street / I’m anticipating death.”

The album God Has Nothing To Do With This Leave Him Out Of It uses many references from metal bands and horror films, such as distorted samples of Black Sabbath’s singer Ozzy Osbourne, Led Zeppelin and David Lynch’s film Eraserhead.

As a gala couldn’t be organized this year, each contender was invited to introduce their album through a short film. Backxwash’s long-time collaborator Chachi Revah produced the following short.

Backxwash said her music was “a cathartic project” inspired by her personal struggles. The album combines tormented, aggressive raps with murky heavy metal samples and industrial sounds, as well as sound clips from Zambian tribal chants and of mass celebrations, which she says she detested attending as a child.

“This project intersects all three aspects of who I am, which [are] mysticism – the witchcraft, the queerness and the struggle with religion,” she said in an interview with the site Bitchfork.

“As an angry trans woman, I don’t know any other way I can rap.”Backxwash

As much as her music is tormented, Backxwash herself was brimming with joy when interviewed on Monday night by CBC Music’s host Saroja Coelho following the announcement of her win.

“As soon as I grew up and I started expressing myself and finding out more about myself, I went back to my roots of being a fan of heavy metal. I just like the feel and how cathartic heavy metal is.”Backxwash

She said her debut album, Deviancy, released in July 2019, was already political and that she connected with the global movement in defence of black and queer people.

“My existence itself is political. My livelihood is political, and the livelihood of my sisters is political. We just want rights, and we have to go through so many hurdles to do that, and I feel very connected to that struggle.”Backxwash

Her album, she added, is a journey through the definition of forgiveness. As a tip for artists who feel at the margins of the industry, she said: “Find people who are believing in what you are doing and just do the music you want to make.  There are certain expectations for being a queer artist, but you have to step in and say: ‘Is this really the art I want to make?’ and if the answer is ‘Yes’, then make it.”

This year, half of the albums shortlisted for the 15th Polaris Music Prize were from newcomers. Apart from Backxwash, there was Ethiopian-Erythrean Witch Prophet, all-female Philippino band Pantayo and Indigenous soft rockers from Alberta nêhiyawak. Three of the selected artists had already won the prize: electronic composer Caribou, DJ and record producer Kaytranada and Afro-Colombian singer-songwriter Lido Pimienta.

The 2020 Polaris Music Prize was announced by last year’s winner, the Toronto black female rapper Haviah Mighty. Previous winners include the lyrical Indigenous singer Jeremy Dutcher (2018) and the heavy metal band Fucked Up (2009), that is, musicians who are often ignored by the mainstream music scene.