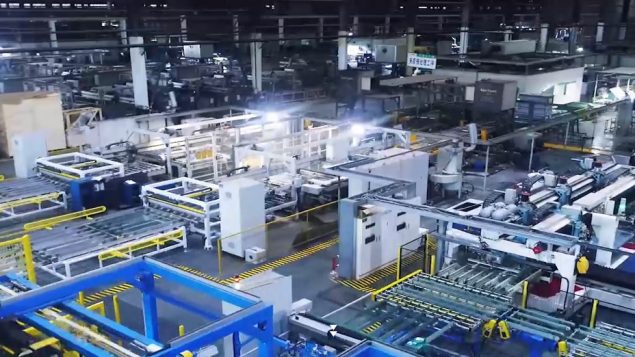 Interior of a Xinyi glass manufacturing plant. The company is proposing to build a huge plant in Stratford Ontario, but not all residents want it. (Xinyi video grab)

Stratford Ontario is a small to medium sized city of some 32,000 souls. Well-known for its world-famous Stratford Shakespearean theatre and festival, it’s known as the “Festival City”.  It’s also in the midst of a large agricultural region.

The city council  has approved a preliminary bid from a Chinese float glass manufacturer to build a huge plant there, something many citizens are opposed to. Float glass is commonly used in commercial construction.

To encourage the factory bid the city purchased land just outside the city’s industrial park and the province issued a special ‘municipal zoning order’ (MZO) , to rezone the land specifically for the glass plant. Locals have been angered by this provincial government move and that of the city mayor which they claim circumvents normal planning  and public input into the decision

It is both the idea of the huge Xinyi Canada  (pron: sheen yee)  glass plant and the manner in which the council approved it that have raised the ire of locals. 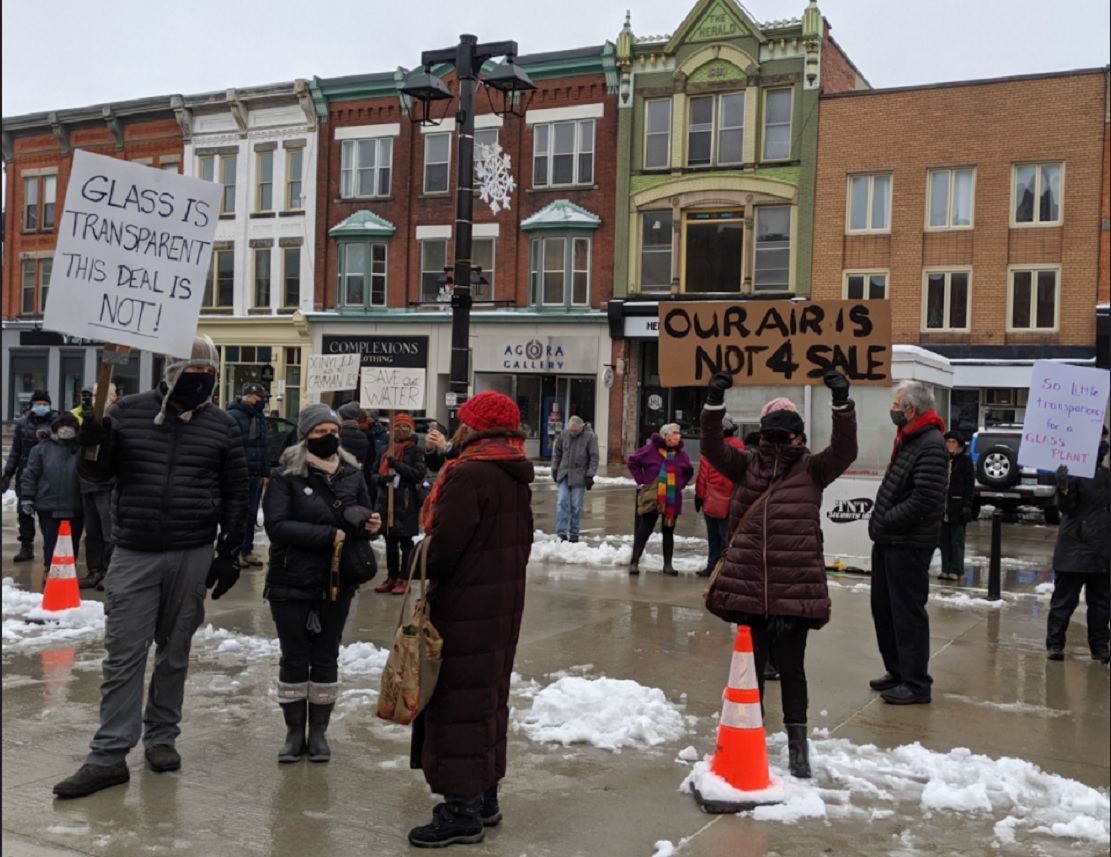 One of the additional concerns is that the plant will be built on 70 hectares (175 acres) of prime, class 1 and 2 farm land at the edge of the city and in the province which has been losing substantial amounts of critical farm land to development every year . According to an email from the Ontario Federation of Agriculture the latest figures show the province lost over 1,200 sq.km of farmland between 2011 and 2016. The Perth County branch of the OFA notes in a letter to the Stratford council that some 623 hectares (1540 acres) of farmland have been lost to the city in the past five years.

There are also concerns about the environmental footprint of the factory. 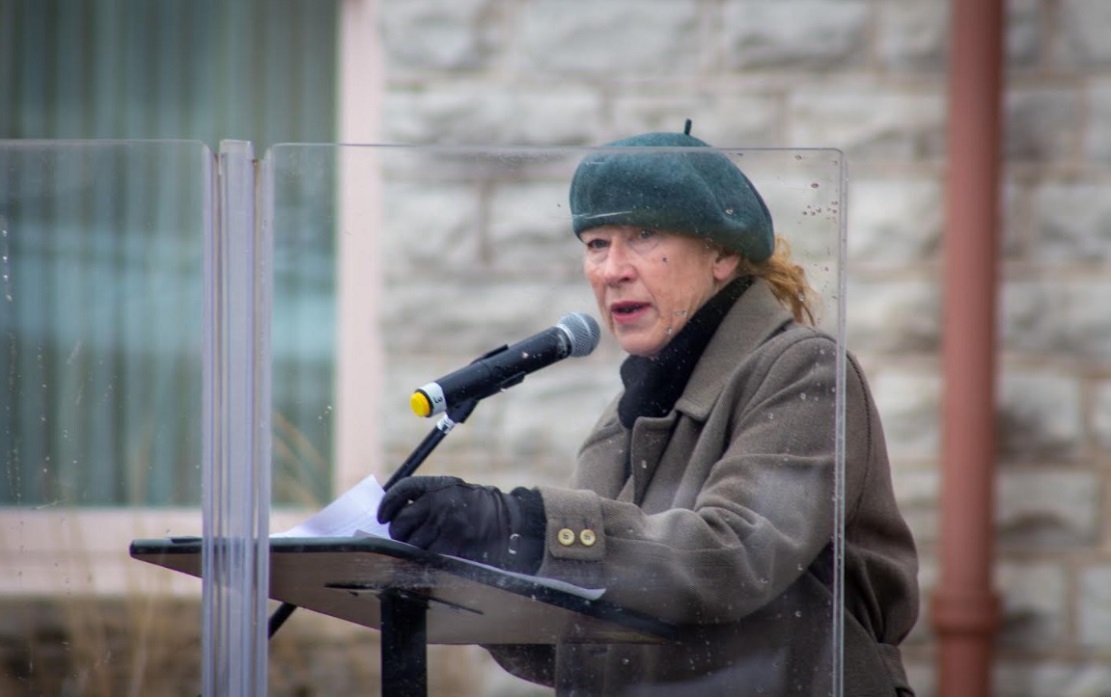 Internationally renowned musician, singer, songwriter and Stratford resident, Loreena McKennitt, speaks at the Stratford protest Monday. She is concerned about the lack of transparency and the manner in which council has moved ahead with the deal. (Mark McCauley)

On the city website, and in council and consultation meetings, there are statements as to the firm’s plans and the technology that Xinyi will have in place to reduce its affect on the environment and on the municipal water supply. The city also notes that the firm will provide over 300 jobs and millions in investment, along with spin-off firms which will come in to supply and serve the huge plant. At an online town meeting proponents repeated also that the plant must meet all provincial and federal health and safety standards to protect residents.

That doesn’t seem to calm fears, Melissa Verspeeten, spokesperson for Get Concerned Stratford. “There are critical questions, such as how this will affect the availability and ongoing security of the community’s drinking water, the quality of the air residents breathe and the quality of life taxpayers have enjoyed in our beautiful, internationally-celebrated town”.

Council has responded that Stratford has ample capacity to handle and treat water for and from the plant.STill

Still, the approval process rankles. A letter to the editor of the local Beacon Herald newspaper from resident Scott Wishart expressed frustration at the approval process. “A number of city councilors and staff at investStratford seem hell-bent on ramming a controversial glass plant development down the throats of Stratford residents in record time”.

Residents are also upset that council has agreed to a cost-sharing deal with Xinyi that allegedly will see taxpayers foot approximately $6-million dollars  of an infrastructure and servicing upgrade for the huge multinational. The city council says the upgrades such as to roads would not be just for Xinyi, but for other operations as they move in to the area.

However other residents such as former Member of Parliament and also a former union leader, Mike Sullivan, are concerned about importing Chinese labour practices, such as requiring some workers to live on site in purpose built ‘dormitories’. He writes in the Beacon Herald that, “Xinyi has indicated it will be bringing in a workforce of “temporary” Chinese labour. You may recall the debacle when a Chinese coal mine in B.C. hired only Chinese temporary foreign workers claiming there were no qualified Canadian miners, and posting fluency in Mandarin as a job requirement. This observer will be very surprised if the touted Canadian jobs actually happen in the numbers claimed”.

A final decision on the factory has not been announced.