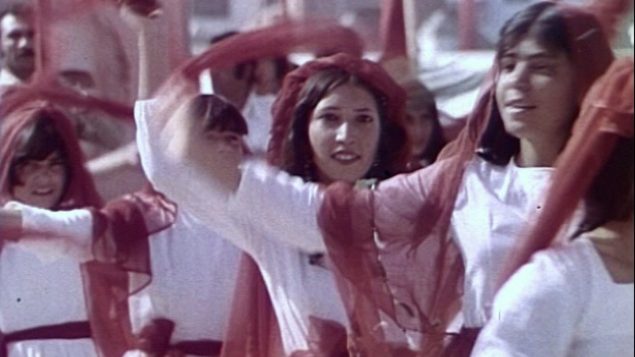 An award-winning Canadian documentary about efforts to save from destruction the remnants of Afghanistan’s cinematic heritage begins its online theatrical run today in Montreal and Vancouver.

Afghan-Canadian director Ariel Nasr’s acclaimed feature documentary The Forbidden Reel (Loaded Pictures/National Film Board of Canada) is being presented online by three Canadian cinemas – Cinéma du Parc and Cinéma du Musée in Montreal, and Vancity Theatre in Vancouver – and is available for streaming across Canada.

The Forbidden Reel was one of the winners of the Rogers Audience Award at Hot Docs 2020, and received a Special Mention – Grand Prize for Best National Feature at RIDM, the Montreal International Documentary Festival earlier in December.

The documentary tells the story of a group of Afghan filmmakers and cinefiles who risked their own lives to save the film archive of Afghan Film, the state-run Afghan film studio, from destruction by Taliban fanatics, who in 2001 destroyed the great rock carved statues of Buddhas in Bamiyan, in central Afghanistan.

Nasr brings this thrilling history to life with dramatic insider testimony sprinkled with luminous 16-mm recreations and clips from newly restored feature films that reframe our understanding of Afghan history.

The documentary features interviews with a brave Taliban official who defied orders from the leaders of the fanatical movement and risked his life to ensure the survival of Afghanistan’s cinematic heritage, Afghan film director Latif Ahmadi, known as the Engineer, and actress Yasmin Yarmal, who has become a beloved national icon.

The NFB has been assisting Afghan Film with the restoration of its archive.

Nasr is an award-winning director and Oscar-nominated producer, currently based in Montreal.

His film credits also include The Boxing Girls of Kabul (2011), which won the Canadian Screen Award. His acclaimed independent work includes an Academy Award nomination for Best Short Film, Live Action as producer of Buzkashi Boys (2012), and more recently, writing and directing the documentary The Mosque: A Community’s Struggle (2019), which opened theatrically across Quebec.