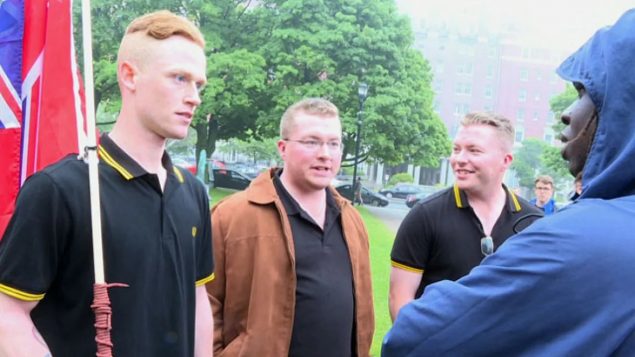 Members of the Proud Boys took part in a counter-protest in Halifax on Canada Day in 2017. New research indicates that they are not the right-wing group in Atlantic Canada. (CBC/Anjuli)

Right-wing extremism is on the rise in Atlantic Canada and has been since Donald Trump was elected president of the United States, according to new University of New Brunswick research.

It should surprise no one, says UNB sociologist David Hofmann whose team studied far-right activity in Atlantic Canada between 2000 and 2019 as part of a project led by Barbara Perry, director of the Centre on Hate, Bias and Extremism at Ontario Tech University and co-author of Right-Wing Extremism in Canada.

In an interview with The Canadian Press, Hofmann said that–beginning in 2016–nationalism and public tolerance of far-right opinions began to grow across the world, as Trump was elected and nationalist movements grew across Europe.

“What we really saw was that Atlantic Canada was not immune to this effect,” he said, 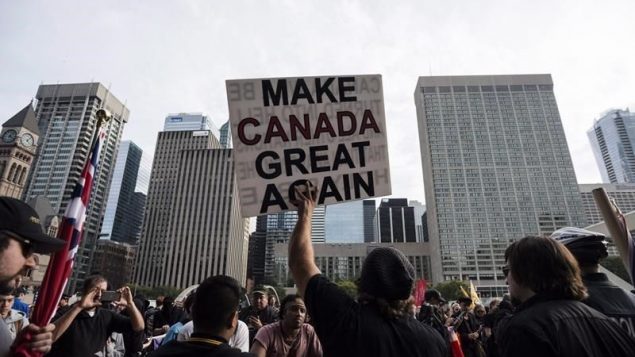 Far-right and ultranationalist groups, including the Northern Guard, Proud Boys, as well as individuals wearing Soldiers of Odin patches, were among those who took part in a rally at Nathan Philips Square in Toronto on Oct. 21, 2017. (THE CANADIAN PRESS/Christopher Katsarov)

Hofmann said some extremist groups have launched campaigns to feed and house the homeless in an effort to seem community-minded.

“Meanwhile, in the private circles, they’re virulent, hateful, and so on so forth.” 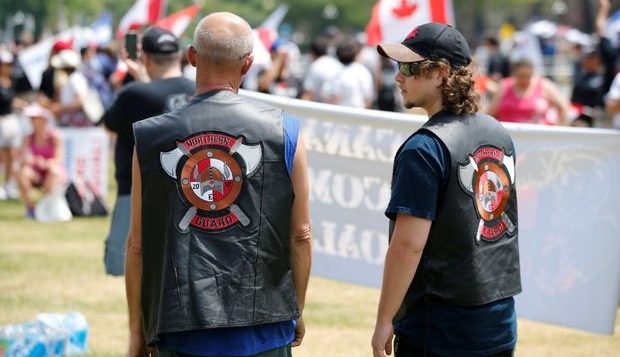 Members of the far-right group Northern Guard take part in a rally on Parliament Hill on July 14, 2018. (Reuters/Chris Wattie)

The most prevalent form of extremist actions, Hofmann said, were property crimes, followed by protests and rallies.

Violent crime accounted for 11 per cent of the incidents recorded, he said, adding that nearly 15 per cent of incidents the team catalogued were acts of harassment or hate speech.

The UNB research has yet to be peer-reviewed, but it follows a study by U.K.-based Institute for Strategic Dialogue published in June that found Canadians were involved in 6,600 right-wing extremist channels online.

With files from The Canadian Press (Sarah Smellie)