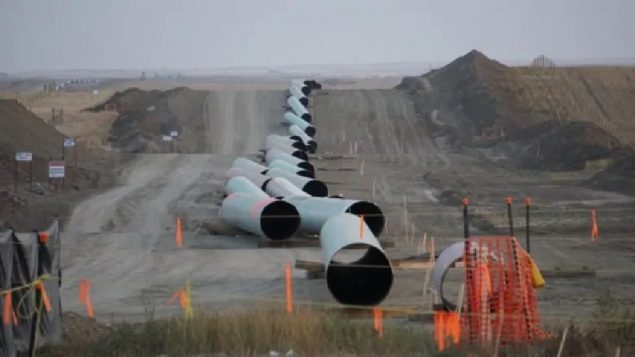 Pipe ready to be used for the construction of the Canadian leg of the Keystone XL pipeline, in Alberta in September. The future of the Alberta-to-Nebraska project is uncertain as U.S. president-elect Joe Biden has said he'd cancel a key permit. (Kyle Bakx/CBC)

Will he or won’t he? Biden, Canada, and the XL pipeline

Incoming U.S President Joe Biden has said one of his first acts will be to revoke approval for the Keystone XL pipeline expansion project. This has caused great consternation in Canada, and especially in the oil-rich province of Alberta.

“”” UPDATE: President Biden has signed an executive order which revokes the permit for the pipeline

Like all fossil fuel pipelines in recent years, Keystone has been involved in long and bitter debates pitting the economy against the environment, even as the company says many environmental efforts have been or will be included and that the pipeline will be ‘net zero’ in emissions by 2023. 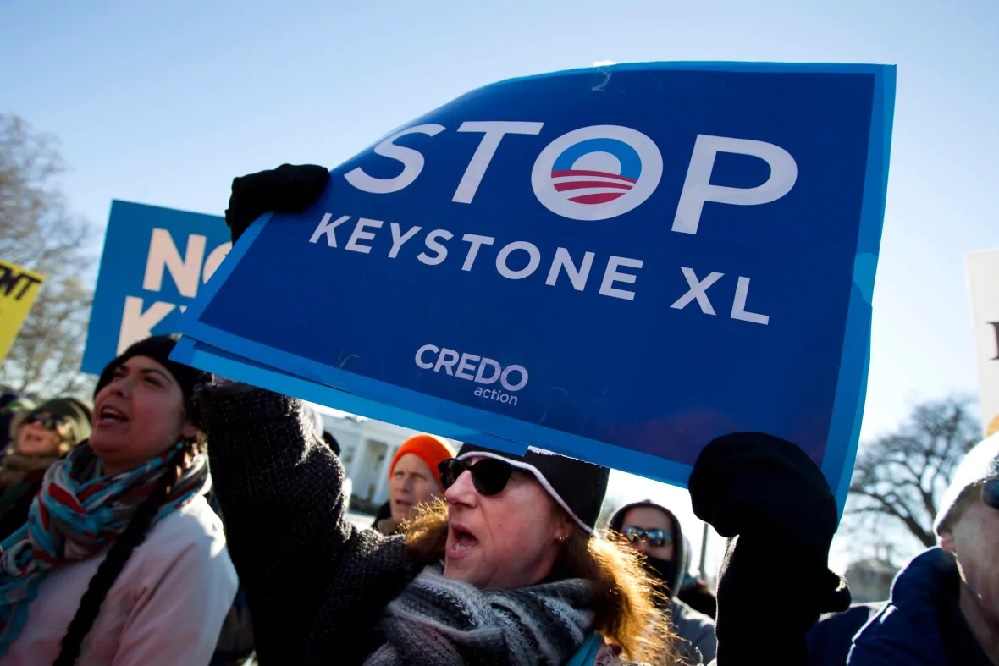 The pipeline expansion has been the subject of many protests in Canada and the U.S such as this rally against the Keystone XL pipeline outside the White House in January 2015. (Jose Luis Magana/Associated Press)

First proposed in 2008, the on again, off again, project approved under outgoing President Trump, would see Alberta oil shipped south to join an existing line at Steele City Nebraska, then to tank farms in Cushing Oklahoma, and eventually end up at Texas refineries on the gulf coast.  While a pipeline currently exists, the Keystone expansion of some 2,700 kilometres of new pipe, would increase capacity by 830,000 barrels per day. 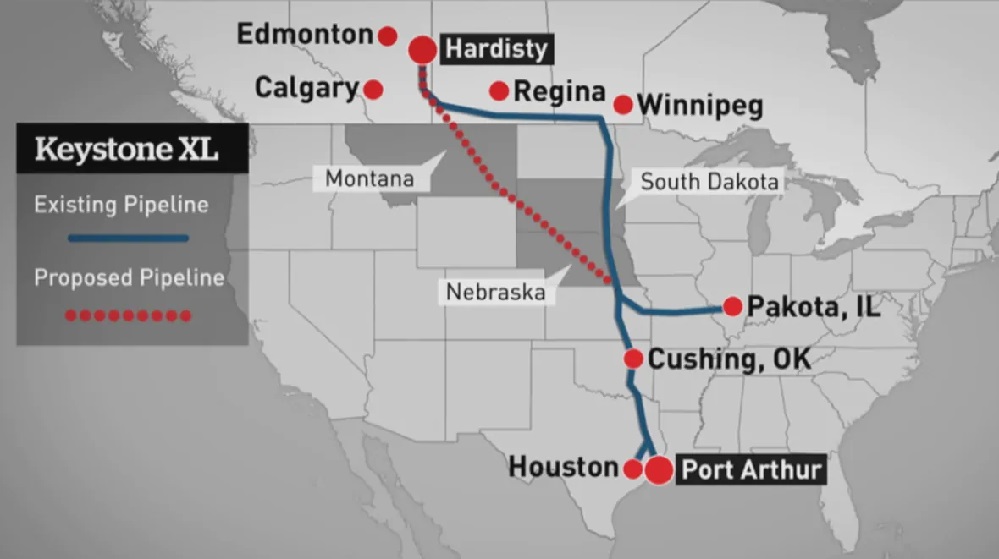 The project would see Alberta oil eventually shipped to Texas refineries. The expansion line from Cushing to Texas has already been completed (via CBC)

The recent reiteration of Biden’s plan to cancel the multi-billion dollar project has upset Alberta’s Premier Jason Kenney as it represents a huge setback for the province financially and in terms of jobs in the already hurting oil sector.

Noting that Canada is the Americans long standing ally and biggest trading partner, he is concerned that Biden did not consult with either himself or the Prime Minister about his position on cancelling the project.   This week Prime Minister Justin Trudeau said he had raised the issue with President-elect Biden in direct conversations a few weeks ago. 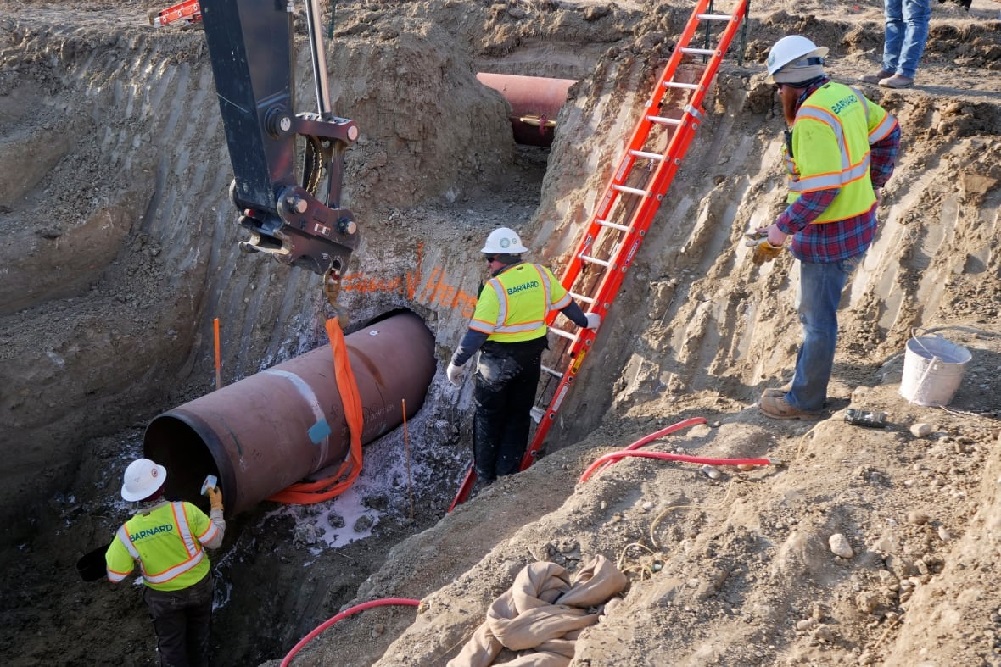 In this April 13, 2020, photo provided by TC Energy, construction contractors are seen installing a section of the Keystone XL pipeline at the U.S.-Canada border north of Glasgow, Mont. (TC Energy/The Associated Press)

Kenney has put forward the argument that without the line, oil will be shipped by more polluting and dangerous methods by truck and rail, and that U.S refineries will have to import more oil from less reliable sources such as Saudi Arabia, and other sources.  Proponents of the pipeline say these sources also have less regard for the environment in extracting and processing oil and would also involve greater emissions from tanker shipments.

Kenney says, “All we ask at this point is that president-elect Biden show Canada respect to actually sit down and hear our case about how we can be partners in prosperity, partners in combating climate change, partners in energy security”. 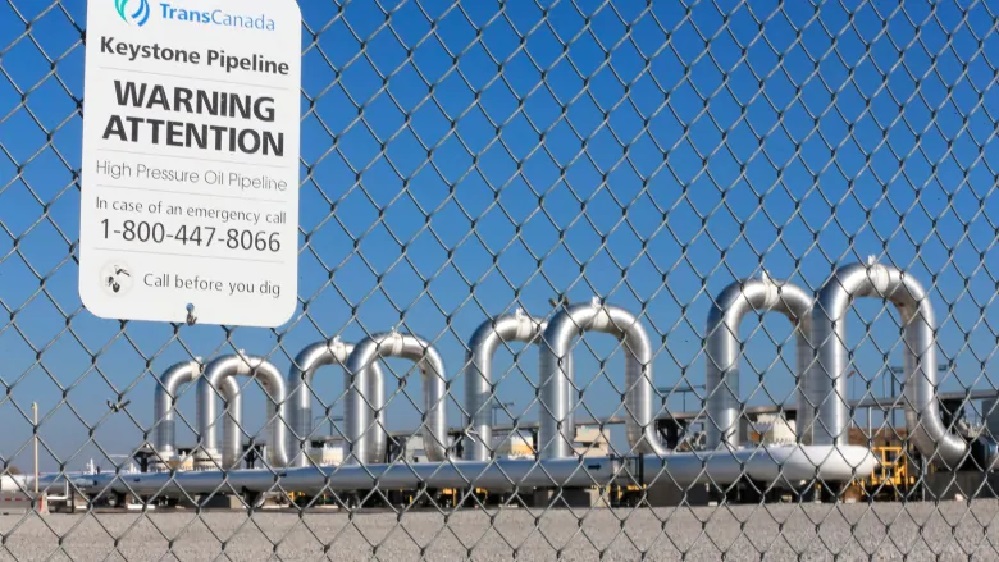 This photo from 2015 shows the Keystone Steele City pumping station, into which the planned Keystone XL pipeline is to connect to, in Steele City, Neb. (Nati Harnik/The Associated Press)

Alberta has invested some $1.5 billion in the partially completed line and Kenney suggests that besides the loss of many thousands of jobs in both countries, killing the project would open the U.S. to damages under the U.S-Mexico-Canada free trade agreement and international rules. When asked if he would support potential legal action, Bloomberg News says Trudeau dodged the question saying that he and Canadian officials in Washington would continue to put forward Canada’s position.

It remains to be seen if the arguments from proponents can sway the incoming administration which may make the decision as early as today.

Reports say TC Energy has suspended all work on the pipeline today in anticipation of Biden revoking their permit.