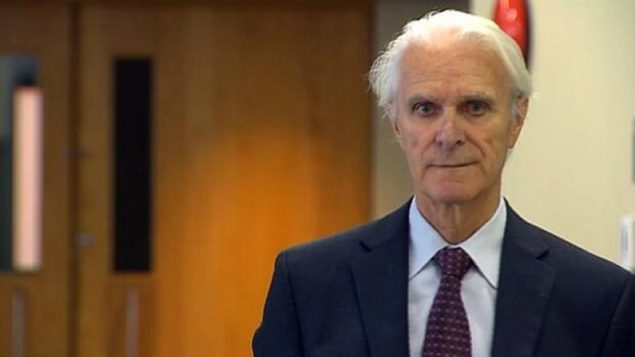 Jacque Delisle had retired from the Quebec Court of Appeal by the time his wife died in 2009. (Radio-Canada)

Federal Justice Minister David Lametti has ordered a new trial for a retired Quebec judge convicted of first-degree murder in the 2009 death of his wife after finding that “there is a reasonable basis to conclude that a miscarriage of justice likely occurred.”

Jacques Delisle, 85, who has always maintained his innocence will get a chance to argue his case again in Quebec Superior Court.

In 2012, Delisle was found guilty of first-degree murder in the death of his wife, Marie Nicole Rainville, and sentenced to life imprisonment with no eligibility for parole for 25 years.

In 2013, the Quebec Court of Appeal dismissed his appeal. The Supreme Court of Canada declined to hear his case.

In 2015, having exhausted all avenues of judicial appeal, Delisle appealed to the Minister of Justice for a review of his conviction.

“Promoting a fair and impartial criminal justice system that respects the needs of victims while protecting against potential miscarriages of justice is crucial to furthering Canadians’ confidence in our justice system,” Lametti said in a statement.

“Following a thorough review, and the identification of new information, I am satisfied that there is a reasonable basis to conclude that a miscarriage of justice likely occurred in Mr. Delisle’s case and that there should be a new trial.”

Rainville was found dead in her home with a gunshot wound in her head. Police charged Delisle with first-degree murder, arguing that Rainville couldn’t have fired the gun herself given her physical condition.

Delisle’s defence team argued that Rainville, who had suffered a stroke and serious fall that left her disabled and depressed, had committed suicide.

At trial, forensic experts offered differing testimony of whether she could have fired the gun herself, or whether it was fired by another person.

Delisle is represented by James Lockyer, a prominent Toronto barrister who founded Innocence Canada and has been responsible for exonerating numerous Canadians.

He is expected to apply for bail Thursday morning in Quebec City.