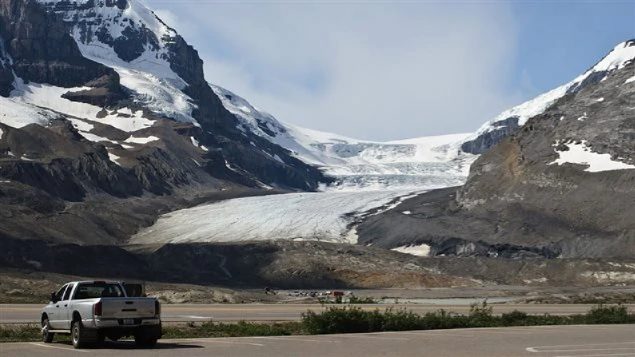 The Athabasca Glacier is just one component of the huge Columbia Icefields above these mountains, which straddle the Alberta-British Columbia boundary, and whose waters end up flowing to the Pacific, the Atlantic (via Hudson Bay), and the Arctic. When first explored the glacier reached the current parking lot but since the mid 1800's has retreated over 1.5 km, and lost much of its volume and depth (mass). In 2014,John Wilmshurst, Jasper National Park's resource conservation manager, said in an interview with The Canadian Press, "We're losing at least five metres (depth) a year on the surface of that glacier. every year" Photo Credit: Wikicommons

An international study using 3D satellite mapping shows an “enormous” increase in melt rates and loss of mass of glaciers in the past few years according to the lead author. It is the first study of the world’s glaciers distinct from ice sheets and their glaciers such as in Greenland and Antarctica, and found that the world’s glaciers are losing mass at an accelerated rate.

Comparing annual data from the period 2000 to 2004 against the period 2015-2019 they determined that glaciers were losing 78 billion more tons of mass per year now than during the earlier period.

The Decker Glacier at Whistler B.C. shown left in July 2006, and right in Aug 2014 (photo Jason Krupa, composite by CBC)

It also noted that glacier loss was greater in Alaska and Canada than elsewhere, and that in addition to thinning of the glaciers, the water loss from North American glaciers represents almost a quarter (21%) of sea level rise since 2000,

The study involved researchers and computers from the U.S,, Canada, University of Ulster, University of Oslo, ETH in Zurich, and University of Toulouse. The findings were published in the April 26 edition of the science journal Nature, under the title ‘Accelerated global glacier mass loss in the early twenty-first century’  (abstract here). 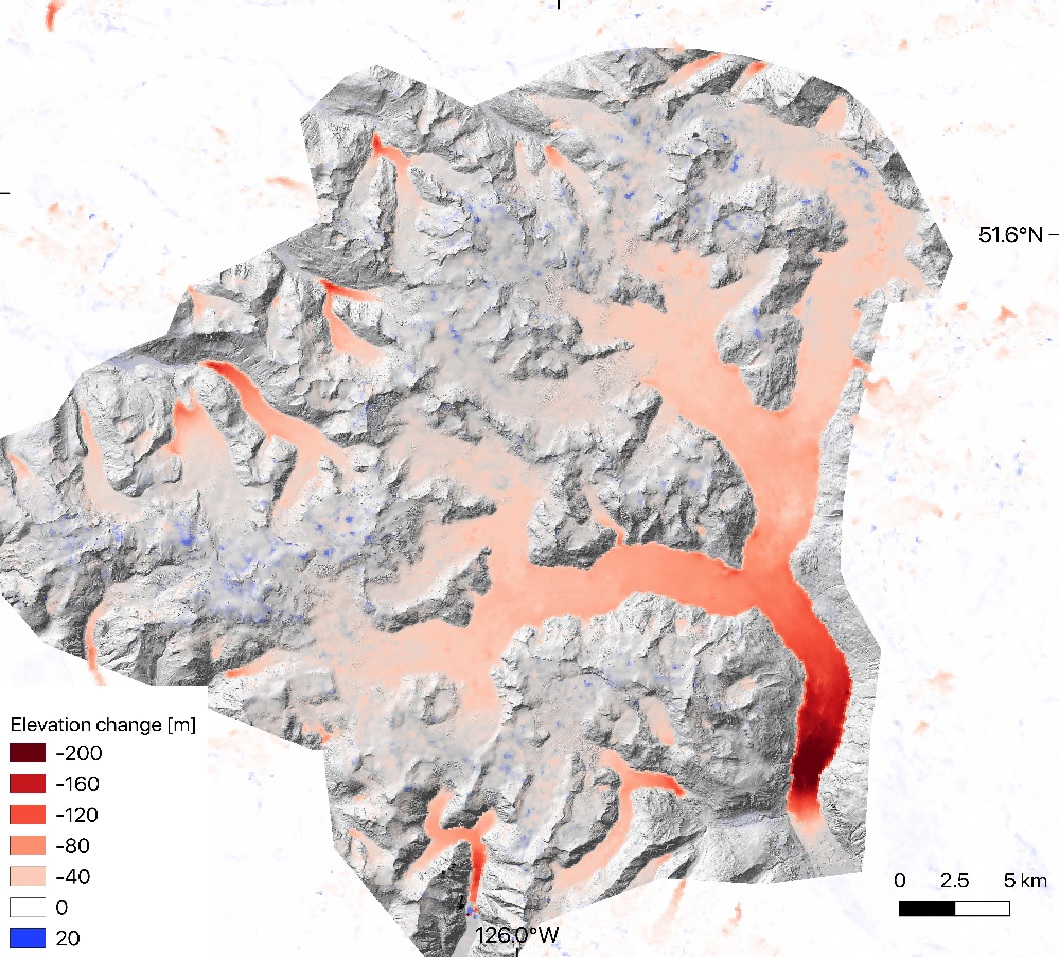 The study was led bye Romain Hugonnet, a glaciologist at ETH Zurich and the University of Toulouse in France, and formerly of the University of Northern British Columbia. Using various supercomputers from the several institutions it measured elevation changes of the world 220,000 glaciers.   The supercomputer at UNBC and Hakai Institute constructed elevation models from over 440,000 satellite images from the ASTER system aboard the U.S. ‘Terra’ satellite.

Researcher Lonnie Thompson of Ohio State University said the new study painted an “alarming picture.”  The study notes that glacier loss will be of increasing concern for regions dependent of water from glacier melt such as India, and that sea level rise will also become an increasing concern this century