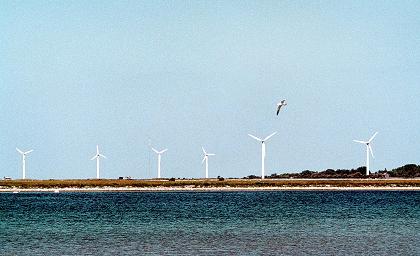 Swedish energy authorities claim the wind power industry in this Nordic nation has “wind in its sails” – with a 40% boost in the last year alone.

The Swedish government has set a goal of increasing wind power several times over by the year 2020 – to provide badly-needed energy for this cold-climate country.

The total production of wind electricity now matchs the output of all of Sweden’s 10 nuclear power reactors for a month.

But the reactors are frequently closed for repairs and inspection even during the long and icy winter months when energy is badly needed in the country’s frozen North.

Speaking to Radio Sweden News, Gunnar Fredriksson who is the vice chairman of the Swedish wind power interest organization, says 2011 has been another record year.

One reason is that the diminishing value of the euro has made it cheaper to buy wind power turbines and other equipment abroad. Another is the long battles over getting licenses to set up new wind power stations has been settled.

A third is the new models of wind power turbines are more effective.

And costs per unit have been declining – increasing interest in expanding the industry – along with a subsidy from the state.

The Swedish government has set a 2010 goal of a multi-doubling of power production – with an eye especially along the Swedish coastlines where more wind power turbines at sea are to be the promise of a wind-blown future.

The hawk eye is also on the sparsely populated and vast northern forest regions – unlike the more densely populated south where home owners and communities sometimes fight those wind power projects blamed for ruining their views and disturbing television reception.