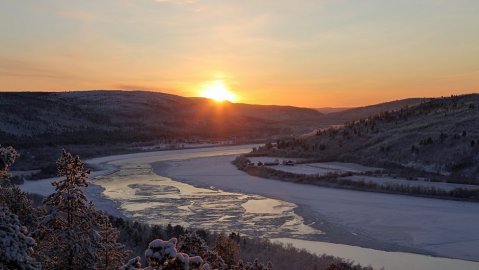 Polar night is drawing to a close in Finland’s Far North. The sun rose above the horizon in Utsjoki, a community in Arctic Finland, for about an hour on Tuesday, from 11:57am to 12:47pm.

The sun is, however, still hidden in areas around the North Pole, where it does not rise at all between November 24 and March 19.

In Rovaniemi, a city near the Arctic Circle, polar night lasts 24 hours on the day of the winter solstice in December.

The sun peeks through areas around the Arctic Circle in wintertime as the atmosphere refracts light, bringing the sun above the horizon.

In Helsinki, on the south coast, the day is nearly seven hours long already, with sunset just before 4pm.