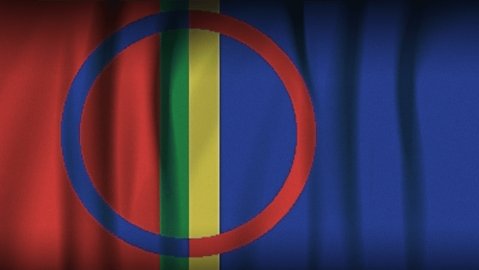 Experts say the Sami languages spoken by the indigenous people of northern Finland could become casualties of rural depopulation. More than half of Sami-speaking children now live outside Sami regions, in areas where language instruction is difficult to access.

Linda Länsman is one of the few Sami teachers in the capital city region. Having moved south ten years ago, Länsman now works at a daycare centre in the Helsinki suburb of Kulosaari.

Her work there includes, among other things, teaching Sami to six-year-old Joika Partin.

Joika is lucky, as language instruction is hard to find for Sami children. There are just a few students in the capital city region, even though there are estimated to be hundreds of Sami children living in the area. They often do not even use their language at home.

“If one of the parents is Finnish, they speak Finnish at home, and the child does not learn Sami,” says Länsman.

Preserving the Sami language was a struggle up until the 1960s. After the war, the Sami, traditionally semi-nomadic reindeer herders, were threatened by assimilation policies, but now urbanisation is a bigger threat.

“The Finnish language law only provides for the protection of Sami languages in the Sami regions,” says Sami language and culture lecturer Irja Seurujärvi-Kari of Helsinki University. “From the start of the century it has been apparent that more and more Sami are moving to the cities.”

The government acknowledged the situation a year ago, and set a ‘Sami resuscitation programme’ in motion. A working group due to report early this year is expected to recommend improvements in the organisation of language tuition, and a Sami centre in the Helsinki area.

A few hundred speakers left of some languages

Seurujärvi-Kari believes saving the Sami language is urgent work. She says that parents are already aware of the problem and are keen to pass on their language. Sami is not a natural way to communicate in an urban environment, and the danger is that the language will not transfer to the next generation.

The endangered Inari and Skolt Sami languages are already down to a few hundred speakers. There are five Skolt Sami speakers currently in primary education in the whole country.

Saturday did see one landmark event in the history of Sami in Finland: the first doctoral defence conducted in Sami at the prestigious Helsinki University. And who is the trailblazing, newly-minted Sami doctor? Irja Seurujärvi-Kari.

Uniting Voices: What will it take to save the Inuit langauge in the Arctic? Radio Canada International