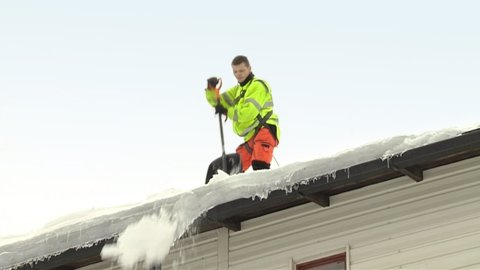 Apartment block dwellers in Southern Finland are facing extra costs dues to heavy snowfall at the start of the year.

Professional snow removers have been busy in the last weeks, as southern Finland passes through its third consecutive exceptionally snowy winter.

Housing organisations are taking precautions following a fatal accident in Helsinki’s Töölö district, where a woman was killed by ice falling off a rooftop.

“Because of this accident all rooftops are now being cleared, and people are ensuring that all areas are safe for everyone,” said Marina Furuhjelm, lawyer for the Finnish Real Estate Management Federation.

Real estate experts estimate that this year’s snow expenses already match those of last year, due to heavy snowfall at the start of 2012. Should March still see heavy snowfall, last year’s figures will be exceeded.

The Finnish Real Estate Federation points out that not clearing the snow from roofs will also incur expenses.

“Melting snow can penetrate the building structures, which can cause major damage. One must also bear in mind that insurance does not usually cover damage caused by snow,” notes Federation economist Jukka Kero.