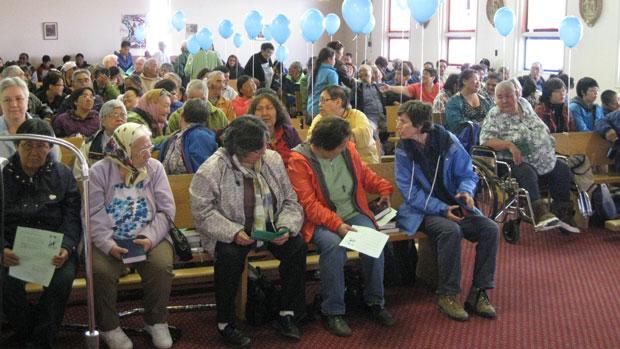 Some parishioners curious why there was no healing session

Four plane loads of delegates flew to Chesterfield Inlet, a community in Nunavut, Canada on Sunday for a gathering to celebrate 100 years since the first Roman Catholic mission in the Eastern Arctic was established there.

Many parishioners from around the eastern Arctic territory of Nunavut attended a special church service and a day of remembering, but some are curious about why there was no healing session.

Chesterfield Inlet was also home to Turquetil Hall, a residence run by the Catholic church that housed Inuit boys and girls who were sent to attend school in the community. In the 1980s a number of Inuit said they had been physically and sexually abused there.

Theresa Kukiaq was one of the people who was on the charter flights to attend the service. She went to school in Chesterfield Inlet as a child and this was her first time back since she left.

“Not once, not even after the service, was there an apology,” she said. “There was also not a mention about healing which I found peculiar.”

About 200 people attended the church service. No dignitaries from Nunavut were present at the gathering. 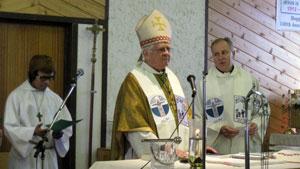 Bishop Reynald Rouleau of the Churchill-Hudson Bay diocese, moved to the Arctic in 1987 as a priest. He said, despite the past, there are still people in Nunavut who believe in the Catholic faith.

“I’m always glad to see them; at the same time I know it’s been hard on many of them,” he said.

Rouleau said there was a call for a healing session but he said they wanted to focus on the centennial milestone.

“I don’t have much money, either, but the government will put some money with the truth and reconciliation. So I hope we’ll find away to heal a little better.”