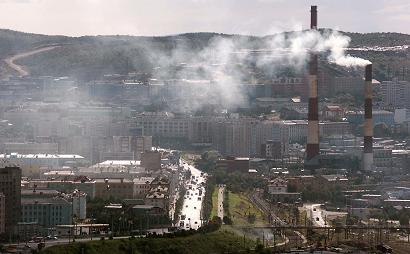 SDS-Ugol, a major coal producer in Russia, has announced plans to build a new seaport outside the Arctic city of Murmansk that will accommodate up to 18 million tons of coal exports a year. Many of the company’s coal mines are located in the Kuzbass region in Siberia. From there, much of the coal is shipped by rail to Murmansk.

Oil and natural gas production fill most of the headlines about Russian natural resources, whereas coal takes a back seat. According to the World Coal Association, it is only the world’s sixth largest coal producer, although it is the third largest exporter of the sooty stuff. The most important expanding market for Russia is Asia, to which it can export coal from mines in eastern Siberia.

Yet due to a railway bottleneck in Kuzbass for shipping coal to the east, Russian coal producers are having a tough time getting more of their product to markets in the Pacific basin. Additionally, with producers facing some of the world’s highest railway transportation costs, Russian coal only barely meets the break-even point for certain exports to Europe.

The planned construction of a new seaport in Murmansk illustrates a number of things. First, Russia is serious about developing the Northern Sea Route and making it just as integral to the national transportation infrastructure as its famously lengthy railways.

Second, though hydraulic fracking of natural gas has flourished in the United States and has pushed coal aside as a resource of choice for electricity generation in many places, coal remains significant for many countries as both an export and as a means of generating electricity. Yet if fracking were to ever take off in Europe, especially in nearby Poland, which has ample coal and natural gas reserves, that could cause the price of Russian coal exports to drop. That is one reason why Russia must focus on building transportation infrastructure now, while the price of coal still warrants the investment.

Note how so many decades of debate on the Mackenzie Valley Pipeline in Canada meant that when the project was finally approved, it was no longer financially attractive undertaking anymore due to the rock-bottom price of natural gas caused by fracking in the U.S. The price of commodities is very fickle, and companies have to act relatively quickly to take advantage of opportune times during which to invest in infrastructure and develop the resource.

Third, no matter how many resources a country has, their value is meaningless without the infrastructure to bring them to market. This is especially true in the Arctic, where a world of riches awaits – if only there were more roads, runways, ports, and rails. The Northwest Territories cannot develop their fossil fuel deposits yet because it has no pipelines or major ports. The oil sands producers in Alberta cannot ramp up production without new pipelines to the south and west. Likewise, Russia needs new seaports along the NSR and more railroads in order to export its minerals in the Siberian heartland.

The country can’t just build a single port in Murmansk, though. Especially to ensure the safe navigation of ships travelling to Asia, more ports will need to be built along the eastern portion of the route. Currently, the port of Murmansk is primarily used to ship goods to Atlantic basin countries, whereas ports farther east like Muchky Bay, Maly, and Vostochny serve Japan, South Korea, and China. The new SDS-Ugol seaport in Murmansk, however, could mark the start of an alternative route for shipping coal to Asia through the Arctic if the price is right.