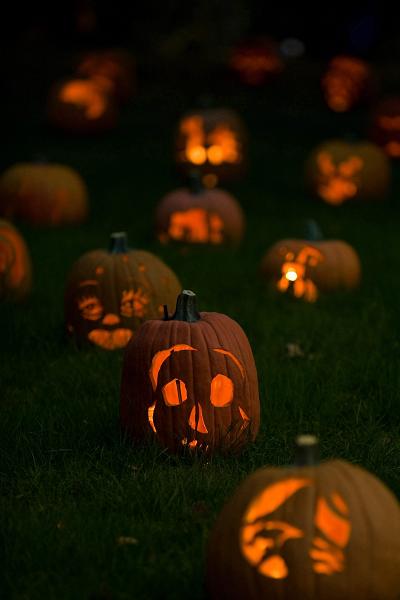 All around the country children are excitedly preparing for Halloween night. Many parents, on the other hand, are getting worried — about strangers, poisoned or razor-blade-filled candy, and bullies dressed as gorillas. Pretty standard stuff. And then there are Alaskan parents. They worry about all the above, with the extra worry of bears.

That’s right: Actual bears, not bullies dressed as bears (although they might be out there too).

The Kodiak Daily Mirror (via the Juneau Empire) reports that although local bear activity is on the decline around Alaska’s Emerald Isle as hibernation season begins, officials should still provide bear awareness outreach this trick-or-treat season.

Larry Van Daele, the top bear official for the Alaska Department of Fish and Game in Kodiak spoke about the new outreach effort at a borough working group on Tuesday, “We want to be proactive; we want to make sure we do everything we can to keep people safe.”

It’s also trick-or-treat season for bears trying to pack on on a little easy extra weight for hibernation by raiding neighborhood trash bins.

“We have at least two, and probably three, bears active in town right now,” Van Daele said, not including the bear killed while raiding a chicken coop last weekend.

“This is by far the most bear activity that I’ve ever seen in terms of getting into trash, It’s definitely worse in the close-in road system,” said borough code enforcement officer Jack Maker.

Borough Mayor Jerome Selby suggested that the Kodiak Interagency Bear Safety Group to get an early start on advising residents next year and not wait until bear sightings increase.

“This year seems kind of unusual in that there’s more than what we’re used to, but the rules are still the same,” he said. “My suggestion next year is that we start getting this word out in September.”