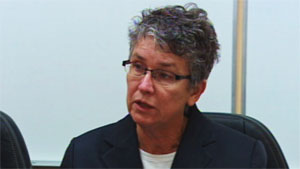 NDP accuses government of “path of division and conflict”

The issue of aboriginal rights and resource development is turning into a prolonged battle in the legislature of Canada’s northwestern Yukon territory.

The opposition New Democractic Party is hammering the Yukon Party on what it calls a “path of division and conflict”.

Last month, the government announced a four-month consultation period for a definitive plan for protecting the Peel Watershed.

The government is shopping around four new concepts for the Peel, along with the original final plan recommended by the Peel Planning Commission.

The government has also introduced changes to the Oil and Gas Act which will eliminate First Nation veto rights over oil and gas development in southeast Yukon.

The NDP is chastising the government, saying it is “picking fights” with Yukon First Nations.

“You do not gain economic certainty and access to resources by undermining aboriginal rights, titles and treaties. So Mr. Speaker, why is this government committed to a reckless and narrow-minded path to economic uncertainty,” asked Liz Hanson, the Yukon NDP leader, in the legislative assembly.

Hanson has repeatedly said that legal action from the affected First Nations is likely.

The Liard First Nation has said it will take legal action if the Oil and Gas Act is changed.

The Tr’ondëk Hwëch’in First Nation and the Na-cho Nyak Dun First Nation have both mused publicly about the potential of lawsuits over the Peel Watershed.

The White River First Nation recently launched a legal challenge claiming the government has ignored recommendations of the Yukon’s environmental review board to protect habitat on its traditional lands from development.

The government is defending its actions.

The Yukon government remains determined and committed to its course of action, which the NDP says will only end up in the courts.