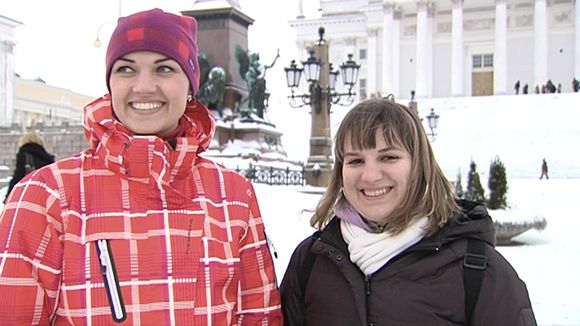 Finland’s popularity as a winter holiday venue for Russians continues to grow. As many as 400,000 visitors from Russia were expected for the recent festive season.

Although that figure was a little optimistic, some 350,000 visitors crossed the border over the New Year period. This is around 30,000 more than in the previous year, the Finnish Border Guard told Yle on Monday.

Border transit traffic across the eastern border was up by 8.5 percent compared to the previous year.

Russians come to ski in Finland, hitting the slopes in popular resorts in Finland’s Arctic Lapland province. Destinations in south east Finland attract shoppers to malls in Imatra and Lappeenranta. Those bound for Helsinki come to view the sights and spend time in hotels and restaurants.

Although their holidays are shorter than before owing to the current economic downturn, Russian visitors brought around one billion euros to Finland last year.

Russian visitors interviewed by Yle praised the provision of friendly service in their own language in Finnish Lapland and south east Finland. However, poor Russian language skills in the service sector across the metropolitan Helsinki region were the target of some criticism.