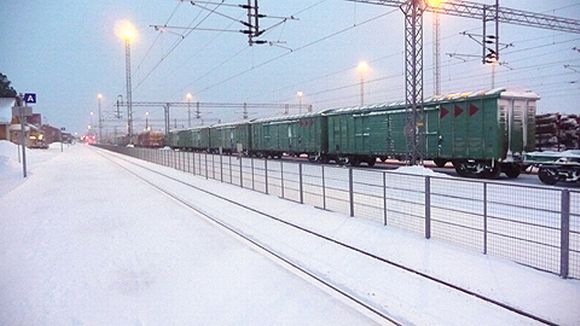 Four of these happened within half an hour of each other in different locations throughout the region.

The fast train to Rovaniemi collided with three reindeer at Tervola’s Koivu station, delaying the train by two hours.

At almost the same time, the northbound IC-train crashed into an elk in Simo. The locomotive was able to pull the carriages to Kemi, but passengers’ journey was extended by two and a half hours.

Meanwhile a freight train travelling to Kolari crashed into an elk on the rails, first south of Pello, then a second time, shortly afterwards, just north of the same town. The southbound overnight train was forced to delay its departure by 45 minutes.

To top off an evening of collisions, one last crash (or kolari in Finnish) took place near the appropriately named town of Kolari, northwest of Rovaniemi. The delayed overnight train from Kolari proceeded to run into four reindeer just north of Pello.