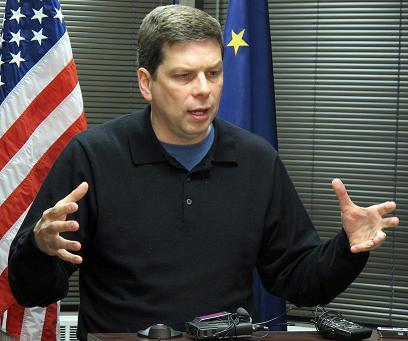 Alaska senator Mark Begich is introducing a bill that would grant the state a share of revenues from offshore drilling.

The concept is nothing new. The Alaska delegation has long sought the chance to reap royalty payments from oil producers drilling off Alaska’s shore.

He says the state needs to be rewarded for assuming some of the liability.

“We know already after this first season, season and a half of exploratory drilling in the Arctic, there is impact,” Begich said. “Housing costs have gone up, water and sewer is reaching capacity in some of the communities along the coast because there are so many new people there.”

“There’s a lot of impact, and we get not one penny from outer continental shelf development.”

Of the money the state would collect, 40 percent would go to the state, 25 percent to local governments, another quarter to Alaska Native corporations and 10 percent directly to tribes.

The numbers vary from past revenue sharing bills, but Senator Begich says he’s willing to change numbers to assure the delegation presents one plan.