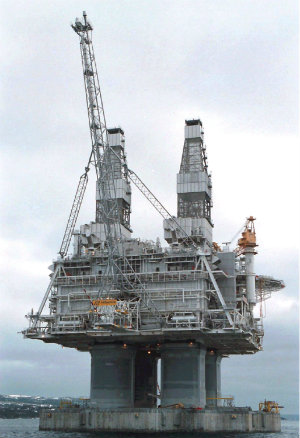 Chemicals used in the hydraulic fracturing process — commonly called fracking — were of particular concern to Environment Commissioner Scott Vaughan in his last report as auditor of Canadian environmental regulations that was tabled today in the House of Commons.

The federal government told Vaughan that fracking is an emerging issue, and it is only now looking into it. Provinces, for the most part, are responsible for regulating the oil and gas sector, but Ottawa is in the driver’s seat when it comes to toxic substances.

“According to the government, until it has a better understanding of hydraulic fracturing, it cannot determine whether risk assessments and control measures are warranted,” wrote Vaughan.

Fracking is the process of injecting water and chemicals into underground rock formations. The idea is to break the rock apart, thus freeing trapped shale gas and oil.

The government doesn’t have a good handle on the type of chemicals the industry uses in the process. It has developed a partial list of 800, of which 33 are toxic.

Ottawa will finish a review on fracking in March 2014.

The fracking mention in Vaughan’s report is in keeping with its theme that “environmental protection may not be keeping pace with resource development.”

“Given the central role of natural resources in the Canadian economy, it is critical that environmental protection keeps pace with economic development. I am concerned by the gaps we found in the way federal programs related to natural resources are managed,” said Vaughan.

Another example of government regulation lagging the pace of resource development was in the area of offshore oil and gas. Vaughan pointed out two striking examples.

The board “has yet to complete its review of operators’ spill response capabilities and, therefore, does not have adequate assurance that operators are ready to respond effectively to a spill,” wrote Vaughan.

The commissioner also found that fines for damages caused by spills or other industrial accidents are woefully outdated and inadequate. He noted they are much lower than in other countries.

The government has hinted this is about to change.

“I can’t break cabinet confidence, but I can assure you we are well aware, not only as it pertains to diversifying markets and increased pipeline traffic, but in terms of liability for offshore drilling,” Environment Minister Peter Kent said last week.

$4B in tax rebates to industry

There currently is no liability cap when a company is at fault. But if there is no negligence, the top cap is $30 million in the Atlantic and $40 million in the Arctic. The rest of the tab is picked up by taxpayers.

Sources suggested to the CBC that the new caps would be “in the billions.”

The report had two other chapters on federal support for the fossil fuel sector and marine protected areas.

Vaughan calculated Ottawa gave the oil and gas industry nearly $4 billion in tax rebates between 2006 and 2011. Nearly half of that amount will be phased out in the next four years.

Vaughan’s last day as commissioner of the environment and sustainable development is March 31. He will then take over as president and CEO of the International Institute for Sustainable Development.