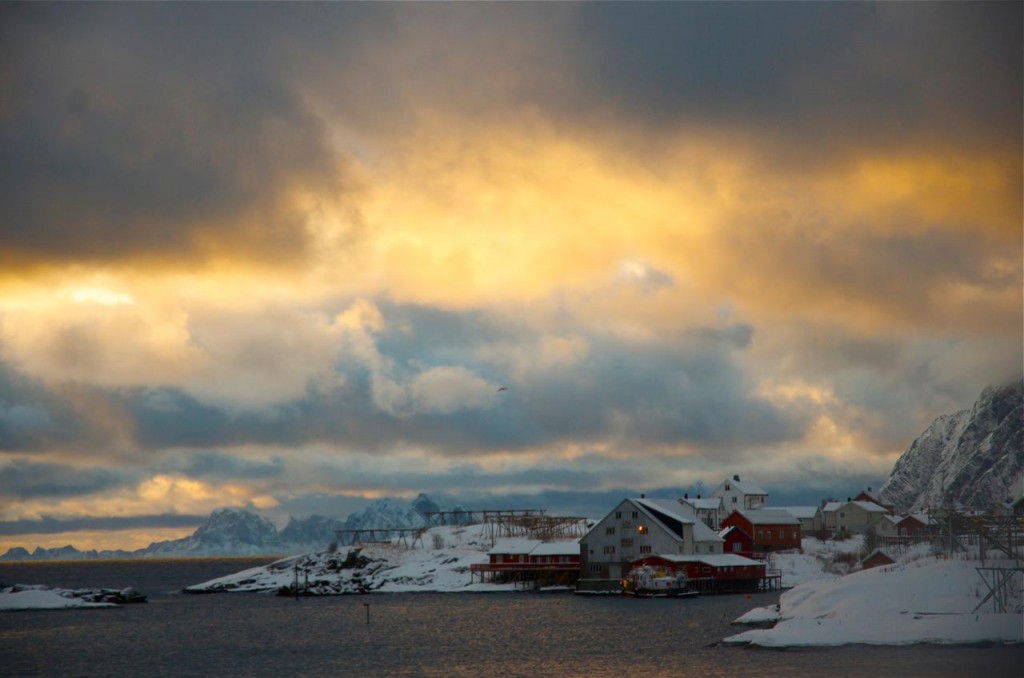 “Do you see an ocean of opportunities or a picture of climate change?”

This is the question Maren Esmark, the General Secretary of Naturvernforbundet (Friends of the Earth Norway), asked during her speech at the Arctic Frontiers conference.

I’m guessing that many of the conference attendees, particularly, government ministers and representatives from oil and gas companies, would answer the former.

Resource extraction in the North

Petroleum companies, and to a lesser extent, state governments, generally favor natural resource extraction, as it can be a huge source of profits, especially in the commodities-driven economies of the north – and above all, in Norway.

The general debate of the conference thus tended to focus more on whether or not the Arctic would serve as an important source of hydrocarbons to the rest of the world in the future, considering the larger state of flux of world oil and gas supplies. Less was said about whether we should drill at all in the region.

Questioning oil activities in the North

Yet Esmark offered a counternarrative to the conference. She spoke out strongly against the oil industry’s activities in the north. Her NGO has been heavily involved in combatting the proposed oil drilling off the Lofoten Islands, the stunning archipelago in northern Norway that is home to some of the world’s most important cod and herring fisheries. Esmark, like some others at the conference, favors the promotion of fishing in the Arctic, as it is a renewable resource, sustainable, and relatively well-managed. It can also provide a valuable source of protein for the rest of the world. Yet even though it is important politically, fishing only constitutes a small part of the economy in Norway, as the chart below illustrates.

Esmark specifically pointed out the hypocrisy of Norway, a country which prides itself on its respect for the environment yet was also the world’s seventh largest exporter of oil in 2011. “Who is it that should leave their oil in the ground, if it’s not Norway?” she asked. “Norway is eager to support the Kyoto Protocol as long as it can cut emissions elsewhere and not in the country itself,” she stated. She believes it should be the rich countries that take responsibility for climate change more so than the poor ones. Seeking to shift the tone of the debate, she proposed a moratorium on oil and gas drilling in the Arctic, arguing that the discussion should center on where do we draw the line with regard to drilling – not what new technologies we need.

Esmark’s speech was important in the context of the conference because it refocused attention on the long-term damage we are doing to the planet for short-term gains. The South, she said, needs a robust long-term energy supply that is not oil and gas. I would go farther and say that the world at large does, too. This isn’t going to happen overnight, though, as we all know. Norway can’t fathom leaving any of its oil in the ground given the sheer reliance of the country on petroleum exports. An entire restructuring of the economy would be needed. Now, the country is exploring areas for oil and gas that never would have been previously considered due to their importance for fisheries and tourism and their sheer natural beauty because the amount of exports has been dropping since the turn of the 21st century.

Today, after eight years of party opposition to exploring oil and gas around the pristine archipelago, deputy party leader Helga Pedersen announced, “We will first carry out an impact assessment study of the vulnerable, untapped waters off Lofoten, Vesterålen and Senja. When this analysis is completed, we will make a decision as to whether or not the area should be opened for oil activity.” As to be expected, Gro Braekken, head of the lobby group Norwegian Oil and Gas, delightedly offered, “We’re very happy about this.”

By contrast, Socialist Left Party leader Audun Lysbakken asserted, “For the sake of nature, climate and future business, our crystal- clear answer in the debate about drilling for oil is ‘no.'” Frederic Hauge, leader of the environmental NGO, Bellona, criticized the Labor Party’s switch, saying (translated from Norwegian), “Tonight, the power socialists in the Labor Party have become oil socialists.” Power socialists refers to party members that favored hanging power lines over the cherished Hardanger Fjord in 2010.

Norway struck it rich in the 60s and keeps finding more potential sources of oil, but actual production has fallen dramatically since the turn of the century. How far north will they go? Will oil extraction begin in Svalbard next? That would open up a whole new can of worms, with questions over the Svalbard Treaty and taxation to be solved. One person mentioned during the conference (perhaps somewhat hyperbolically) that Svalbard could become the next Dubai. Yet instead of pushing new frontiers in oil exploration, perhaps Norway should do more to push new frontiers in exploring alternative, renewable sources of energy.