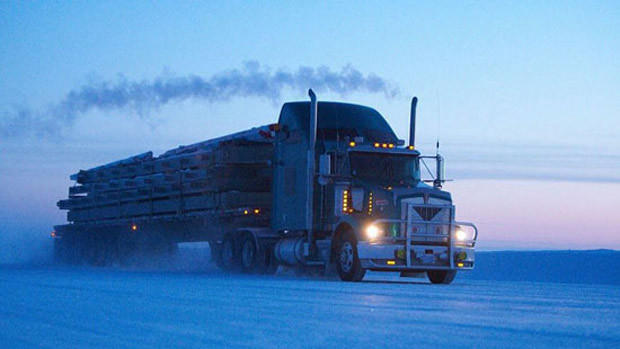 Many are welcoming the above average temperatures in the province this winter — except those in Fort Chipewyan who say the unseasonably warm days are threatening to cut the northern community off from the rest of the Canadian province of Alberta.

Usually the ice road that connects Fort Chipewyan to the community of  Fort Mcmurray is busy with truck traffic this time of year.

However, warm weather has taken a toll on the road, causing the province to close it to heavy loads during the day.

“We were supposed to have a truck today, and now it’s stuck in Fort McMurray,” said Donna MacKay, who manages a general store in the community.

“I’m out of my fresh fruits and lettuce, tomatoes and a few things like that.”

MacKay said this is when many retailers stock up for the rest of the year, which means melting ice roads now cause long-term problems.

William Tuccaro, who works at Fort Petrol, says there’s a chance of rationing his fuel if reserves aren’t topped up.

“We’ll have enough until late fall and then we’re in trouble,” he says.

The community may rely more heavily on supplies flown in to Fort Chipewyan, with at least one aviation company considering shipping in twice as much cargo.

People are holding out for colder temperatures, but it looks unlikely. Environment Canada is forecasting warmer weather all week and into the weekend.