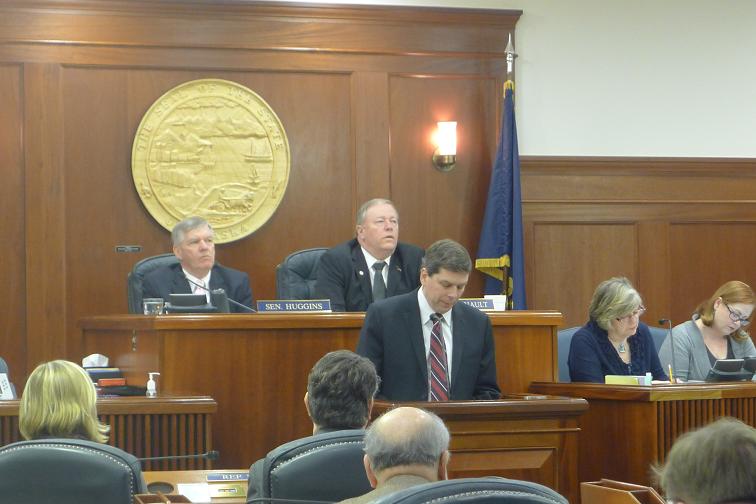 As the Alaska state legislature starts its budget hearings, Sen. Mark Begich is offering his own request: Put $2 billion toward ports infrastructure.

“A system of deep-water Arctic ports across the region will expedite oil and gas development, expanding fishing and mining.”

Begich made his request on Monday, during his annual address to the legislature. He says that money would be matched by $3 billion in federal loans, if his bill to create an Arctic port authority passes Congress.

Right now, the closest deepwater port to the Arctic is one thousand miles away in Dutch Harbor. The Army Corps of Engineers is currently looking at how feasible it would be to build one in Nome or Port Clarence.

But it could be a while before the legislature is ready to allocate that kind of money toward ports development. Right now, the legislature is looking at $13 billion budget, with the possibility of tapping the state’s reserves if it grows further. Sen. Kevin Meyer, an Anchorage Republican, is the co-chair of the finance committee.

“It’s a great program, a great idea, but we don’t have two billion dollars sitting around,” says Meyer. “So, that’s going to be a stretch.”

Rep. Alan Austerman, a Kodiak Republican who co-chairs the House finance committee, agrees that it could be five years or more before the legislature starts talking in earnest about constructing ports in the Arctic.

In addition to talking about Arctic development, Begich also called upon the legislature to reinstitute a coastal management program. And he described a suite of education bills that he just introduced in Congress, including one that would increase the child care tax credit.

Begich, a Democrat, also chided the Republican majority he was addressing at a few points in his speech. He called it “unfair” for education to be funded without considering inflation, and he described a bill that tightens current voter identification rules as trying to solve a problem “where none exists.”

Listen to the full story: