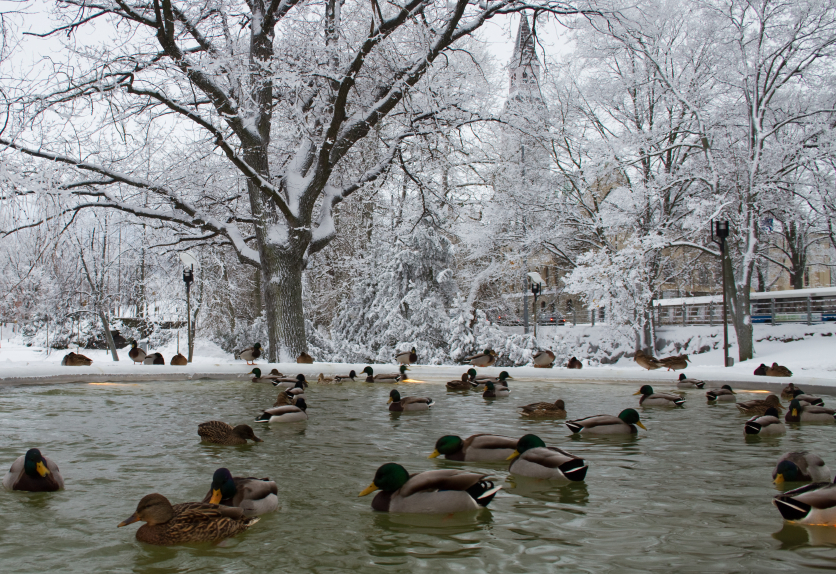 A study from the University of Eastern Finland finds that Finland’s mean temperature has risen by more than two degress Celsius in the past 166 years.  Temperatures are rising there twice as fast as anywhere else in the world.

The paper studied the mean temperatures from 1847 to 2013. Average temperatures have warmed by some 0.14 degrees Celsius in the past decade, which is double the average warming rate of the planet itself. The rise in temperature has accelerated since the 1960s.

”The increases are clearest each November, December and January,” professor Ari Laaksonen from the University of Eastern Finland wrote in the abstract of the paper. “The springtime months also demonstrate above-average rises, while temperature changes are less noticeable during the summer.”

When lakes freeze over

The warming has been observed in a variety of ways. The study states that, as a result of Finland’s climate getting warmer, the country’s lakes have been seen to freeze over later and later, while the ice begins to break up earlier in the spring. The thermal spring of each year also appears to be starting earlier.

”Looking at the results of recent years, there is no indication of this trend slowing down,” Santtu Mikkonen from the University also says.