This morning started with a kind of international incident.

My fellow Brit Carl Ballantyne and I were horrified to see our expedition leader Stig put sugar on his black pudding at breakfast. These trips are, of course, very international. With scientists from Norway, Russia, Poland, the UK, Germany and other countries on board, there is plenty of scope for “intercultural exchange”, although I still prefer my black pudding straight and spicy.

In between times, I found myself earning my passage on the Helmer Hanssen, working briefly – believe it or not – in the fridge with a load of krill! As the scientists work in shifts through the night and sleep when they get a chance, Carl was having trouble finding an assistant to help him note down his hourly measurements. He is monitoring the respiration of krill samples. So I found myself putting on a head torch and going into the dark fridge with a list and a pencil.

Carl is checking the respiration of certain species, mainly krill. They are living in little bottles of sea water. He puts a tube in to measure how much oxygen they are consuming, the figure appears on the computer and gets entered by hand in a notebook. That was my job. So what is this all about, I wanted to know. Again, it is all about finding out what creatures are up to in the water during these dark winter months. In summer, there is lots of respiration, Carl tells me, compared to winter. It has generally been assumed that since it’s colder and darker and there is not much phytoplankton for them to eat, they will not be feeding and so not using up much energy, which shows in the respiration. But now scientists have found that even at this time of year they are migrating vertically, that is moving up and down in the water column, so they must be using energy. Carl and co. want to find out more. Again, this is an area where not much research has been carried out in winter until fairly recently. These people really have the chance to find out things nobody knew before. Fascinating. And the iceblogger had the chance to make a tiny contribution! 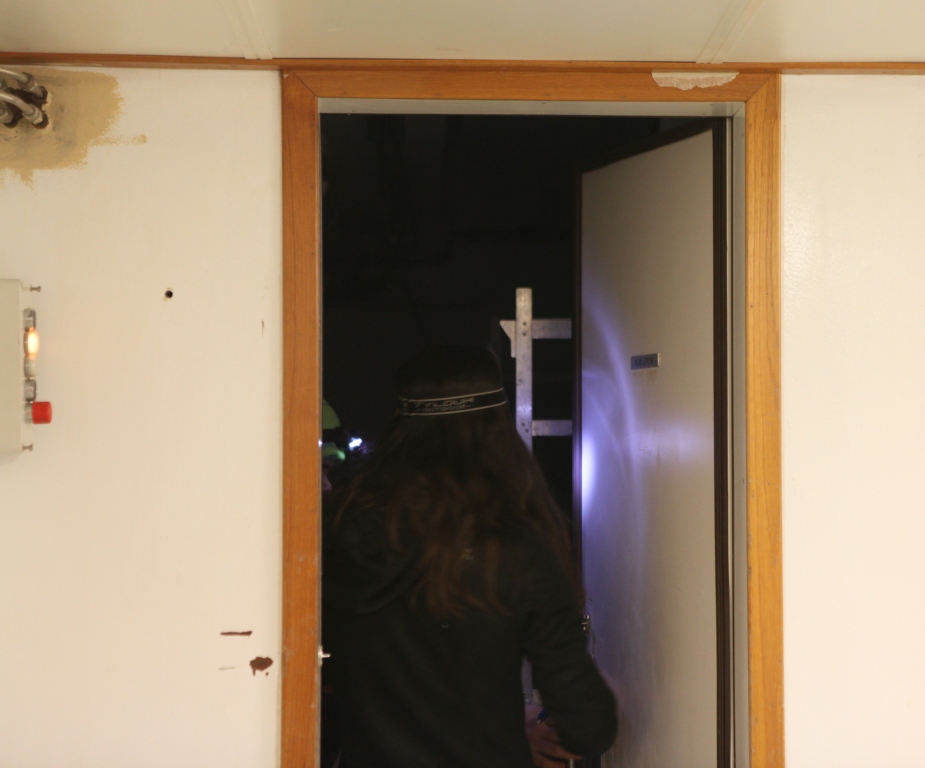