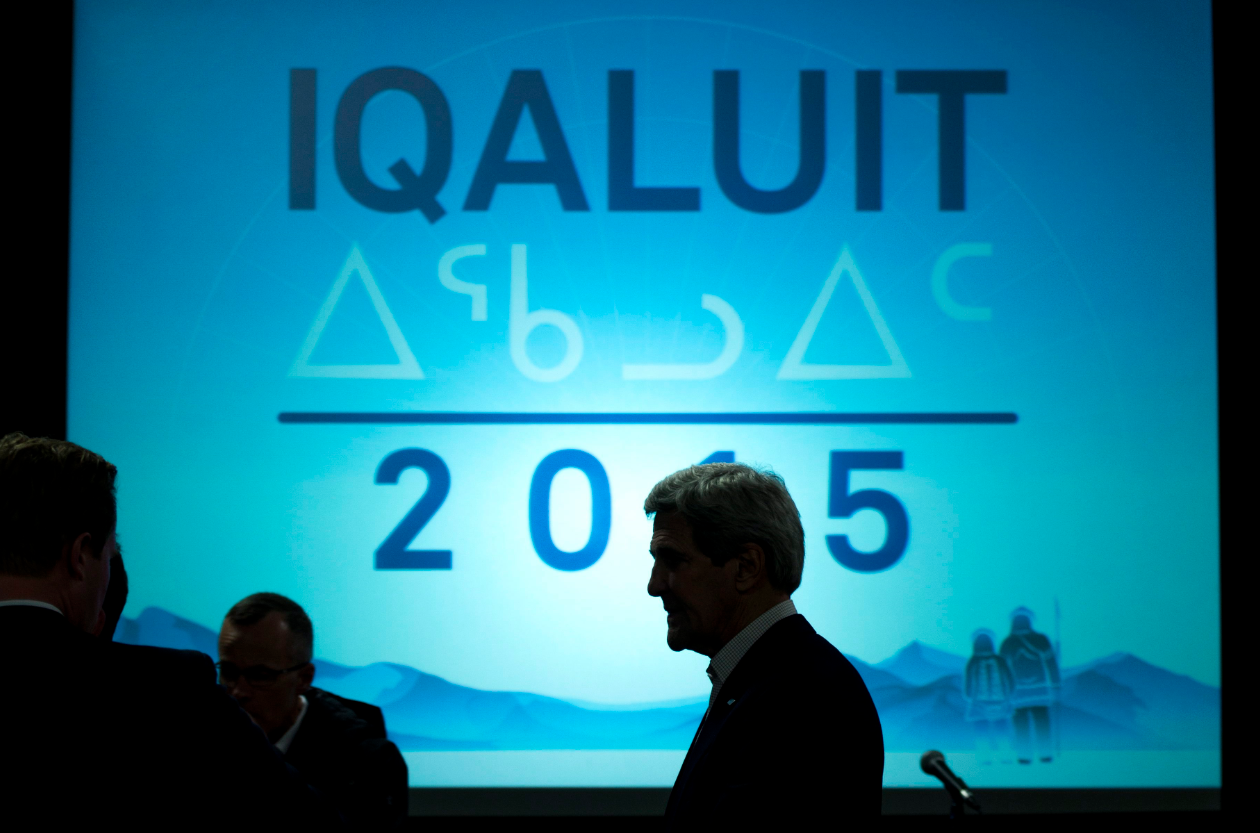 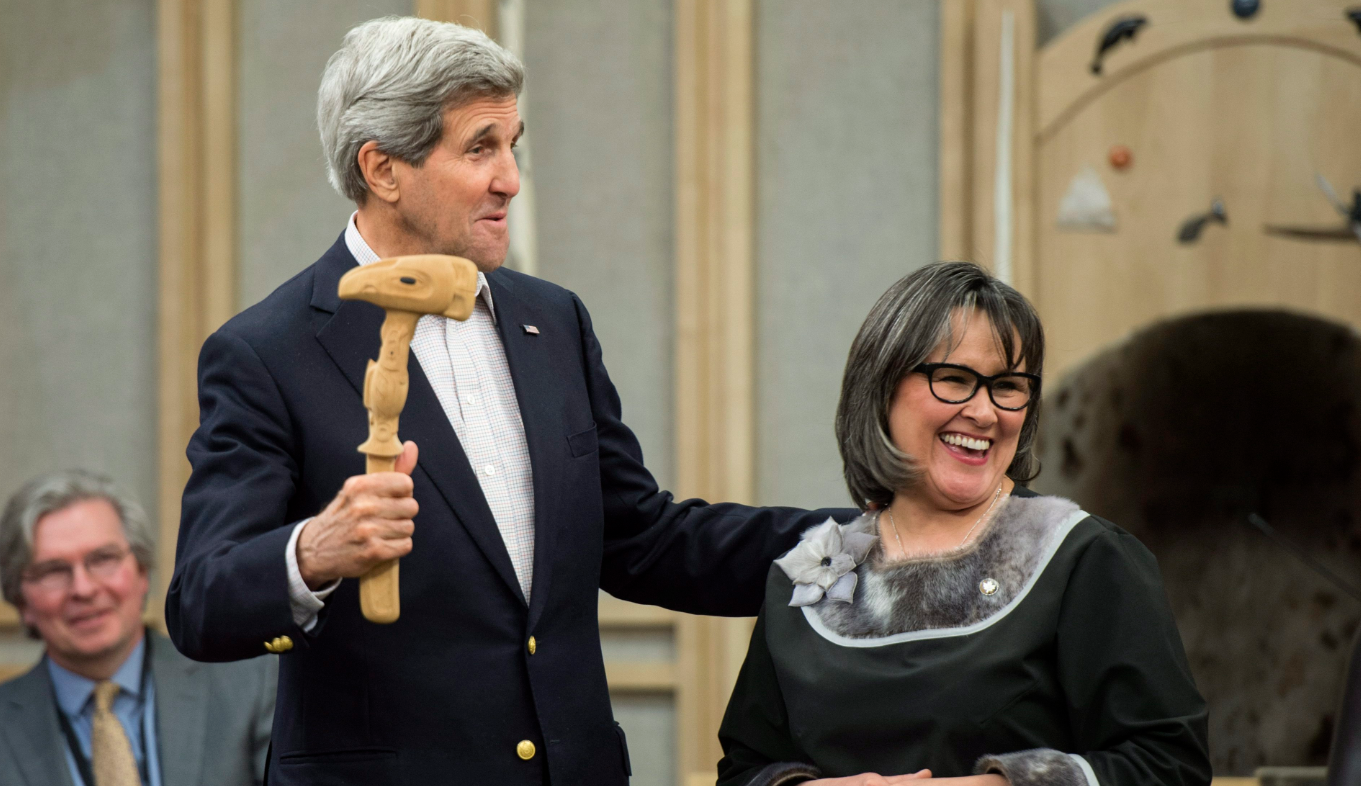 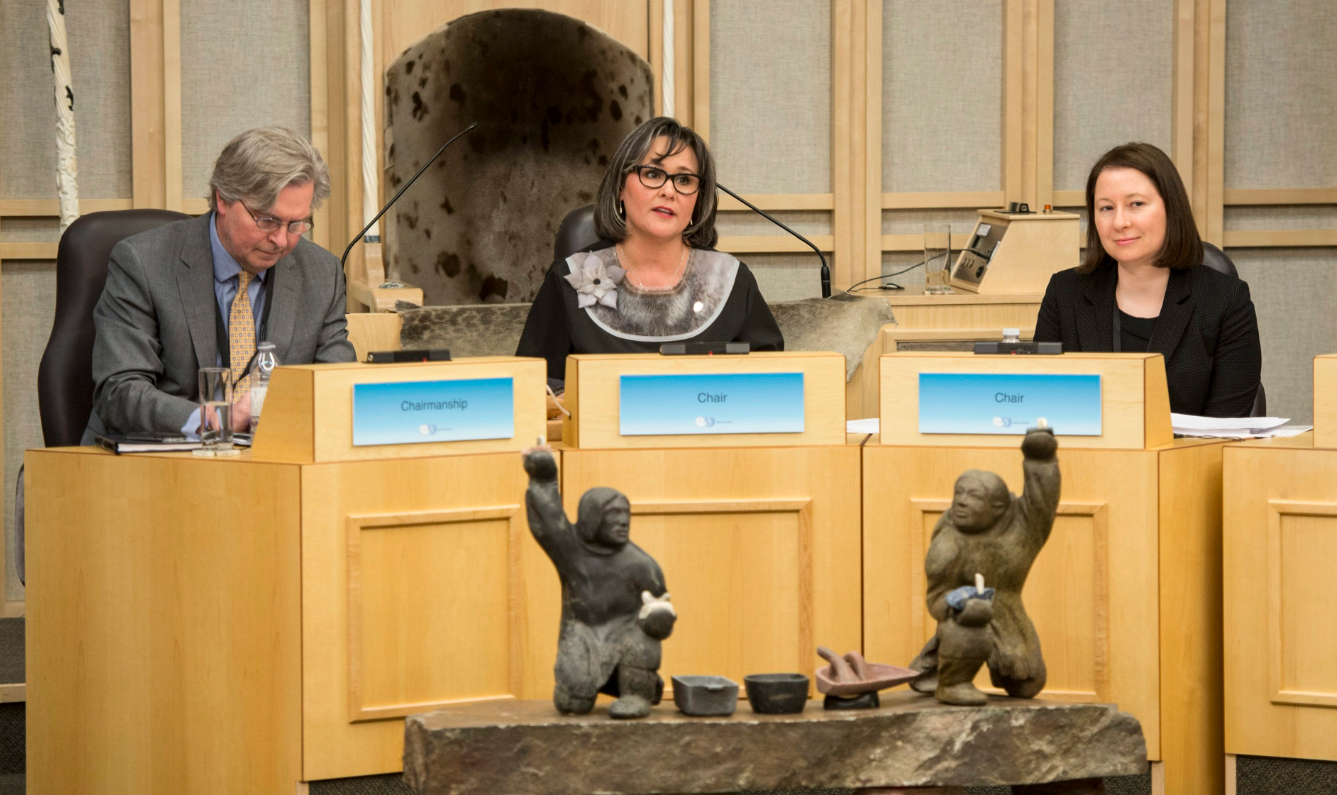 Canada’s Chairmanship of the Arctic Council concluded on Friday in Iqaluit.

With the dust now settled, it’s time to review who did well, who faired poorly, and what actually resulted from the two years of the Canadian Chairmanship.

In the past year the Arctic Council has been sorely tested, but it has passed – staying true to its mandate and its values, proving resilient to the complications of external forces, and providing growing value in the policy domain.  It’s easy to forget that as recently as a few years ago, commentators were openly speculating that the Arctic Council could be pushed aside from challengers such as the Arctic Five coastal states, or the more inclusive Arctic Circle.  But today, in 2015, no one is questioning the preeminence of the Arctic Council in circumpolar affairs anymore.

Tension arising from the crisis in Ukraine cast a shadow over the Ministerial, but not over Russia.  Leona Aglukkaq misguidedly asserted earlier in the week that she would use the Ministerial as an opportunity to confront Russia on their actions in the Ukraine. Canadian Foreign Minister Rob Nicholson used his 5 minute roundtable statement to snub Russia, applauding his Nordic and US neighbours for their contribution to the Arctic region while pointedly omitting reference to Russia.  During the press conference he set off like a rhyme in a Dr. Seuss story, outlining all the places Canada has condemned Russia’s actions in Ukraine, here, there and everywhere.  There was not even a “family photo” of the Arctic Council Ministers in Iqaluit, normally ubiquitous at these events, due to Canada’s obstinacy.

The main outcome of the Conservatives’ grandstanding was to elicit an outpouring of support and sympathy for Russian participation in the Council. Minister after Minister, Permanent Participant after Permanent Participant, used their five minute statements to emphasize the importance of maintaining the cooperative nature of the forum.  How terrible is Canadian diplomacy that at the Iqaluit Ministerial meeting – composed of Western Foreign Ministers, indigenous groups, and the Russian Environment Minister – Canada was the odd one out.

The main outcomes of the Ministerial, once again, arose from Task Force work.  The Arctic Council began forming these in 2009 as ad hoc committees focused on specific and concrete legislative outcomes. They have proven effective. The Arctic Economic Council is the result of one, as are the newly announced Frameworks on black carbon and methane emissions reductions, and prevention of oil pollution from petroleum and maritime activities.

One new task force was established at the Iqaluit Ministerial, on assessing the need and character of a Regional Seas Programme in the Arctic.  This is big: a regional seas agreement is likely to be the most sweeping legal agreement the Arctic Council will produce as a forum under its current mandate, and will probably be the most impactful legacy of the US Chairmanship.

What do the Arctic Council Working Groups have to do to get noticed? Between the six of them, they produced an astonishing 31 deliverables for the Ministerial, on everything from Practices for Promoting Mental Wellness to Arctic Marine Tourism Best Practice Guidelines, and from a Pan-Arctic Network of Marine Protected Areas to Arctic Spatial Data Infrastructure.

Under normal circumstances, I can check the hashtag #ArcticCouncil every week or two and cover every story even mentioning the forum in a minute or two. But this past month that hashtag exploded.  The Arctic Council has never been so broadly covered, and at least partial credit is due to the Secretariat and Canadian communications staff who provided excellent videos and briefings on the Council’s work and leading personas through social media and the Council website leading up to the event.  I think the transfer of the Chair from Canada to USA helped contribute to the buzz – something like the Toronto Maple Leafs and Montreal Canadiens facing off in a Stanley Cup playoff – as the US press and think tank juggernaut got in on the action. One might expect media interest to subside at future Ministerials; when Finland passes the chairmanship off to Iceland, for example.  But conversations on Arctic politics reached many places they have not known heretofore.

That said, the post-Ministerial press conference was a crime scene. Almost all of the questions were redundant ones about Russia and regional security, with the exception of a totally gratuitous question on Yemen and one on the EU Observer status. Nothing substantive was asked or answered about the work of the Council itself. It was a total disappointment.

Back in 2006, the Norwegian government set up a temporary Secretariat in Tromsø to serve its Arctic Council Chairmanship, with the idea that Denmark and Sweden would also use its services.  Probably as intended, the temporary Secretariat became a Permanent Secretariat in the same location in 2013, and last week it was revealed that both the Indigenous Peoples’ Secretariat, which had been located in Copenhagen, and the Arctic Economic Council would also establish offices there.  Combined with its hosting of the annual Arctic Frontiers conference, Tromsø has become the undisputed centre of Arctic politics – to Norway’s credit and benefit.

For the 4th time, a decision on the European Union’s Observer application was deferred. Apparently this time Canada supported the application – they had been the most public detractor in 2013, over objections to the EU seal ban – and it was Russia that applied its veto on a decision. A swathe of other applications, from both state and non-state actors, were also deferred, many of which were already held over from 2013.  The Ministerial Declaration pledges to resolve the issue once and for all in 2017, but many will be rightfully annoyed.

On a related note – I didn’t see China, which became an Observer in 2013, referred to in any of the Council’s coverage, a huge evolution from the media narrative of the Kiruna Ministerial.

John Kerry and the US Chairmanship are emphasizing climate change mitigation and adaptation as a focus of their agenda, and many have heralded it as a welcome shift from Canada’s focus on economic development.  But as Chief Michael Stickman of the Arctic Athabaskan Council pointed out in his statement, the framework agreement on black carbon and methane emissions reduction, which was concluded under the Canadian Chairmanship and under a Canadian co-chair, marks “the first time that Arctic nations have formally agreed to work together to mitigate climate change… sending a hugely important political message that climate change mitigation can be organized regionally as well as globally.”  The US efforts on climate change will in fact focus mostly on implementing the Iqaluit agreement.

Following on the narrative of reflexive suspicion of anything linked to the Harper government, many people have criticized the newly founded Arctic Economic Council on preposterous grounds, suggesting for example that it has allowed unfettered access on behalf of oil companies to lobby the governments of Arctic states at the highest level, or that it is taking over the mandate of the Arctic Council.

From what I can see, the only legitimate criticism of the AEC at this point is that it hasn’t really done anything yet.  A new Chair, Tara Sweeney, an American with roots in the Inuit Circumpolar Council, was just appointed last week, and the organization will soon establish a secretariat so hopefully it will have some concrete outputs to report soon.  Reasonable people cannot argue that there is no need or potential in such a group; but the AEC will have an uphill battle on the PR front.

This was as dramatic an Arctic Council Ministerial as they come, and I think everybody was ready for the Canadian Chairmanship to be over.  The US will finally get a chance to implement its ambitious and comprehensively deliberated agenda. That leaves seasoned Arctic Council wonks with one last question: when does the Finnish Chairmanship agenda get announced?

Canada:  The Canadian Arctic Council Ministerial – What to Expect, Blog by Heather Exner-Pirot

Finland:  Survey – More than half of reservists in Finland pro-Nato, Yle News

United States:  Alaska stands to benefit as US takes reins of Arctic Council, Eye on the Arctic