Economic growth in the territories will outpace the rest of Canada over the next two years, driven by the strength of the mining sector in Yukon and Nunavut, according to the latest forecast from the Conference Board of Canada.

Yukon, the Northwest Territories and Nunavut are forecast to experience combined growth rates of 5.3 per cent in 2019 and 4.4 per cent in 2020, the independent research organization said in its summer territorial outlook, released on Wednesday.

That’s compared with 1.5 per cent and 2 per cent across Canada’s 10 provinces.

“The near-term outlook is actually quite positive if we combine all three territories,” said Marie-Christine Bernard, director of forecasting for the Conference Board of Canada. “When you have a positive environment for mining, it generally also has positive effects in other areas of the economy.”

Below is a more detailed breakdown of the reports findings.

Nunavut is expected to post the strongest growth rate at 10.3 per cent this year, along with a steady average into the near future.

The boom is being driven by high gold prices and a number of new and existing gold mining projects.

Meliadine gold mine, which opened ahead of schedule in May of this year, joins existing mines at Meadowbank and Hope Bay are anticipated to help the territory double gold production by next two years.

New projects including the Amaruq satelite deposit and Back River are expected to come online in the next few years, further contributing to GDP growth.

“Very strong growth will remain in the next decade,” said Bernard. “Even though it’s not double-digit growth, it’ll still be quite strong relative to what we see outside of the territory.”

Despite these strong indicators, the report predicts the majority of new jobs will go to non-residents as companies bring in workers from the rest of Canada who have specialized skills.

As such, the territory will miss out on much of that money being spent in the region. 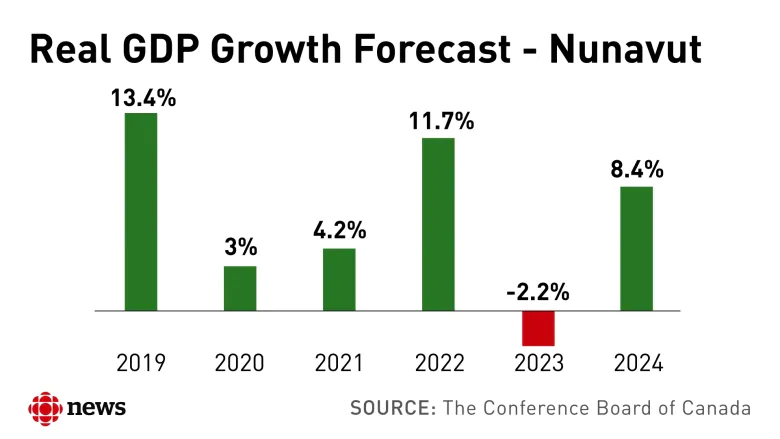 The economic outlook for the N.W.T. continues to be bleak as the territory’s diamond mines have now passed peak production and there is a shortage of replacement projects, the report says.

Gahcho Kué — are set to close within the next decade.

The third, Ekati, will continue to produce well into the 2030s so long as a planned open pit is built.

The focus of the industry will shift from gold mining to metals, including zinc and cobalt to make batteries for electric cars, the report said.

“These metal mines are kind of smaller in terms of operations and by how much value they’ll add to the economy,” said Bernard.

A decline in diamond mining is expected to lead to a growth rate of about two per cent for the next two years, and become more uneven after that, including multiple years of negative growth.

The mining downturn will lead to job losses across a number of industries and put strain on the territorial government’s finances.

The construction sector will be hit particularly hard — it’s expected to decline by 40 per cent by 2040, the report said. 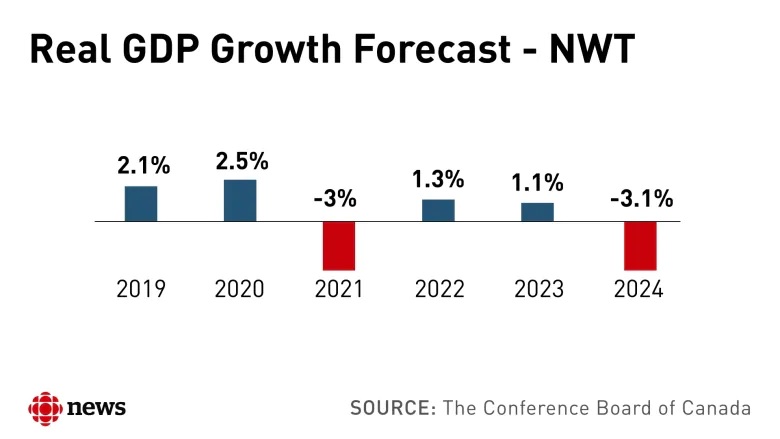 Yukon’s last major mining project closed in 2018, but the negative effect on the territory’s economy isn’t expected to last long.

Growth in Yukon is forecast to jump from 2.2 per cent this year to 10 per cent next year because of the September opening of the Eagle gold mine. Work will also begin on constructing the Coffee gold mine, which is expected to begin producing in 2022.

A third and much larger project is in the pipeline — the copper-producing Casino mine — which, if approved, would provide a significant boost to the territory’s economy in a decade’s time.

“We’re looking at essentially some pretty strong growth, maybe not so much this year, but ramping up over the next few years,” said Pedro Antunes, chief economist at the Conference Board.

Mining companies may face challenges finding skilled workers to work in these new mines as unemployment in the territory is around 3 per cent this year, the lowest across the three territories. 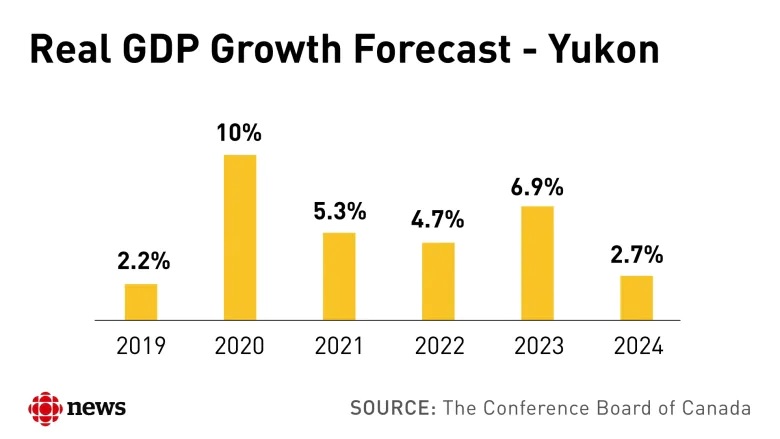 Finland: Gold mine in southern Finland to shut down after court denies appeal, Yle News

Sweden: Iron mine in northern Sweden to restart production, The Independent Barents Observer