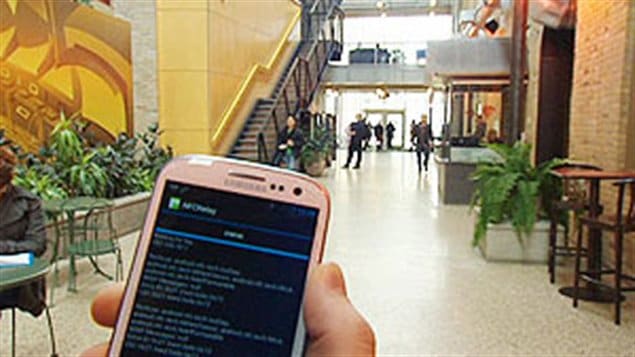 CBC News was able to read information such as a card number, expiry date and cardholder name simply holding the smartphone over a credit or debit card.
Photo Credit: CBC

New technology designed to make payments easier could be used to steal personal information according to security experts. Many new credit and debit cards allow people to tap them to make a purchase. But the chips which enable the transaction can be read by smartphones.

Using a Samsung Galaxy S3 and a free app from the Google Play store, reporters with the public broadcaster CBC were able to read information such as card number, expiry date, and cardholder name. They did this simply by holding up the smartphone over a credit or debit card even if they were in wallets, pockets or purses.

This type of information theft has already occurred in Europe according to Michael Legary of Seccuris Inc.

Officials with Visa and MasterCard told CBC they were confident in the security of their cards and said they would cover customer losses should someone steal their information.